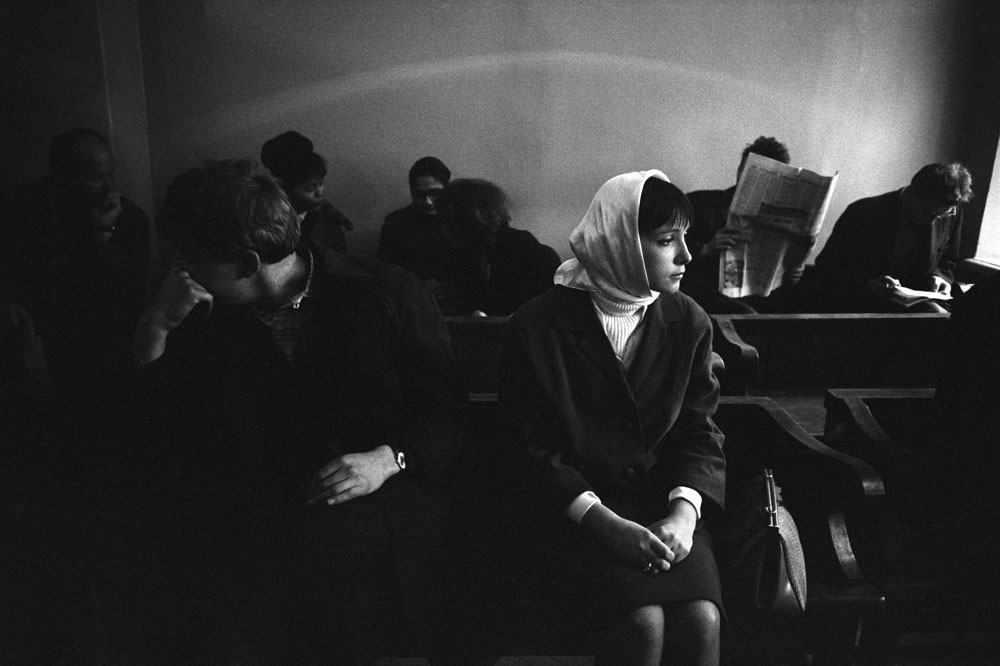 In our ‘celebrity-obsessed’ times there is a danger that Eve Arnold will be remembered solely as a ‘celebrity photographer’ writes Alex Cameron.

Arnold’s work on the infamous Hollywood superstar, Marilyn Monroe – a ten-year association – would play a significant role in this great cultural wrong.

Arnold’s portraiture during the 1950s and 60s reads like a who’s who of the Hollywood ‘glitterati’ and the political and cultural ‘great and good’. Her A-list included James Dean, Joan Crawford, Clark Gable, Marlene Dietrich and James Cagney alongside Rocky Marciano, Joe McCarthy, Dwight Eisenhower and Malcolm X, to name but a few. Yet Arnold made no distinction between the cultural elite and the poor and dispossessed. The same quietly studious approach she took to her subjects uncovered the ‘vulnerable’ side of Monroe and the ‘approachable’ side of Malcolm X (below). 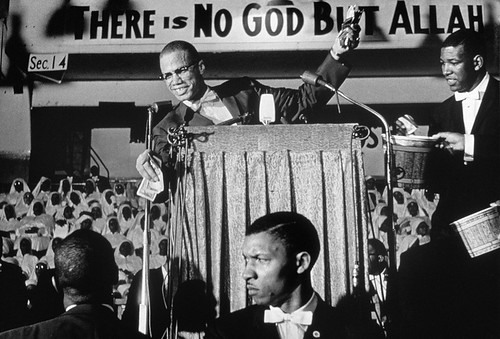 Arnold regularly had her work published in the better magazines of the day; Look, Life, Esquire, Harper’s Bazaar, Geo, Stern, Epoca, Paris Match – but of all the relationships made through these, two stand out. In 1948, she studied under the great Art Director, Alexey Brodovitch – the only formal part of her photographic education – at the New School for Social Research in New York. Throughout the 1960s and 70s she would work with Michael Rand, Art Director at the Sunday Times Magazine – the only British colour supplement at the time.

While travelling in the Soviet Union, Arnold produced a photo series on divorce. One picture in particular, ‘Divorce in Moscow’ (top and below), sums up what she brought to all her projects, irrespective of subject matter.

The body language of the couple shows a chasm of physical and emotional distance between the two. It is a painful scene to witness, even from the distance of the viewer. There is a certain religiosity to it, too: while central, the woman is subservient, wearing a headscarf, with a lachrymose and distant look on her face.

Many independent players have their part. A man hides behind his newspaper while another stares out of the room’s only window, but the more removed they try to become the more they implicate themselves. The setting is cold, the room unadorned and bureaucratically sterile. The grimness of the proceedings is captured by Arnold, but her intervention adds space for compassion. 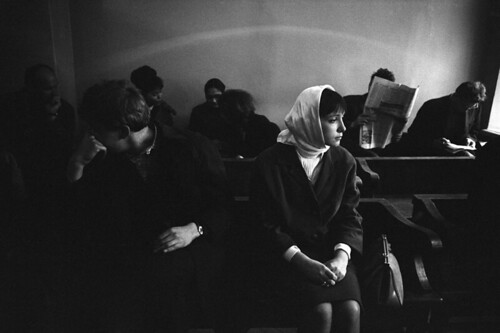 Like many other Eve Arnold photographs and photo-essays, ‘Divorce in Moscow’ can stop readers in their tracks. It is what great photojournalism does.

‘All About Eve: the Photography of Eve Arnold’ at Art Sensus in London’s Victoria (7 Howick Place, SW1) is curated by Brigitte Lardonois. The exhibition will be accompanied by the launch of All About Eve, published by teNeues. The book will be available at the gallery from 23 March 2012.

Eye is the world’s most beautiful and collectable graphic design journal, published quarterly for professional designers, students and anyone interested in critical, informed writing about graphic design and visual culture. It’s available from all good design bookshops and online at the Eye shop, where you can buy subscriptions, back issues and single copies of the latest issue. Eye 81 has the theme of ‘Designers and clients’; Eye 82 is at repro today.