Microsoft gets bruised, but life’s tough in the middle lane 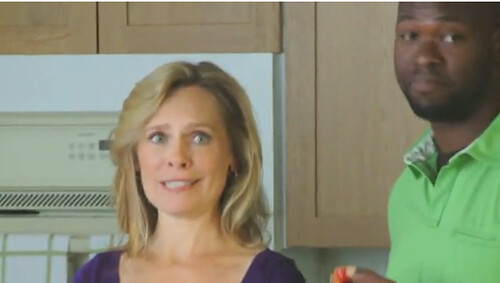 If the recent Microsoft video viral is anything to go by, it seems that the tech and design-savvy among us are both aghast and amused by the concept of Tupperware-style parties where a politically correct mix of ages and ethnicities gather to share their knowledge of Windows 7 over celery sticks and hummus.

According to DailyTech.com, Microsoft approached ‘consumer activation’ company House Party to create in-home, party environments for people to learn about their new operating system. Microsoft's mistake was not in taking a more informal approach to technology, it was their belief that the audience they hoped to target watch YouTube videos in the first place.

As Charlie Brooker’s rant in The Guardian asserted, Microsoft products are not for iPhone-toting Mac fans. Windows 7 is not for people who know how to blog and Tweet and care whether their laptop matches their sunglasses. Microsoft is for M&S-wearing, Coronation Street-watching, Ford Galaxy-driving Mr and Mrs Normal. It’s not glamorous and it’s not cool and there’s nothing wrong with that, until you start endorsing un-glamorous, un-cool YouTube videos which, as one person commented, look like ‘talking stock photos’. 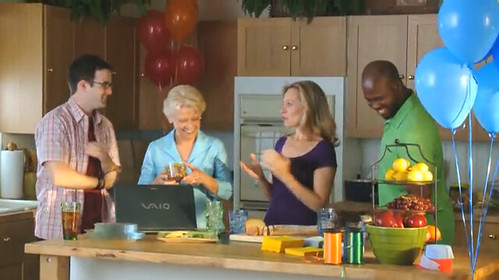 It’s easy for people who spend their working day online to say that print is dead, but it is also easy to forget how long the ‘trickle-down’ effect takes for new technology and new ways of working. For many people, the ‘netty’ is simply a glorified Yellow Pages where they can check their emails. For others the internet is a dangerous, unknown labyrinth of viruses and sexual predators.

The comms people at Windows 7 clearly understand that learning new technology can be challenging, but hosting family-friendly how-tos online is clearly counter-productive. Since going live at the end of August, the YouTube video has been watched by incredulous viewers nearly 1m times, forcing LaunchParties to disable comments, as well as garnering hundreds of subverted, ‘uncensored’ versions in the process. In light of this, old-school print campaigns are surely a better way to target the core audience, which is probably more at home with printed instruction booklets. This is not meant to be patronising: Microsoft should be proud of their customer base, and the fact that they successfully sell technology to people who do not prioritise technology in their lives.

Nevertheless, when it comes to near-perfect brand communication across all platforms, Microsoft are not only unlikely to win against Apple, they will get bruised in the fight.

Googling with Bing: Another fight Microsoft are never going to win

* Extracts taken from Apple's Keynote address in September 2009. No cuts are repeated.

Camilla Grey is the marketing assistant and trend analyst for branding agency Moving Brands, blogging regularly for them about branding, technology and design. Camilla also writes her own blog on fashion and retail trends at Camilla’s Store.