Despite censorship and sanctions, a bilingual magazine showcasing Iranian and Western design has flourished for two decades. By Steven Heller

The history of visual arts in Iran is divided into two historical periods of Iranian pre-Islamic and post-Islamic art, writes Steven Heller.

Modern graphic design started in Iran about 80 years ago with the advent of high-speed printing machinery. Drawing from these sources, Iran has developed arguably the most vibrant design legacy and innovative contemporary practice in the Middle East. During the past 50 years illustration has become more simplified and stylised, too. While exposure to the world has been limited outside of Tehran since the 1979 Revolution, since 2003 Neshan magazine has been showcasing Iranian designers from Iran and abroad. The bilingual (Farsi and English) Neshan is published by and for Iranians from Tehran and Toronto, where editor, Majid Abbasi resides (and travels between the two cities).

Neshan was founded by the leaders of Iran’s graphic design community: Abbasi, Saed Meshki, Morteza Momayez, Ali Rashidi, Firouz Shafei and Iraj Zargami. As editor-in-chief, Momayez (1936-2005), a renowned Iranian book and book cover designer, made Neshan distinctly Iranian in nuanced ways and modern in its simplicity. ‘He exerted his entire knowledge and expertise for the improvement and enrichment of Neshan,’ says Abbasi. ‘When he passed away we lost this unrivalled treasure.’ After his death, the editorial board took over the responsibility of editor-in-chief. ‘The art direction for the magazine has been done by various designers over the past fifteen years and is the result of a collective vision.’ 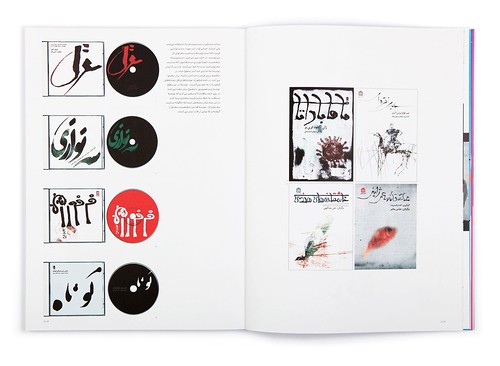 Four years ago, Abassi took on the responsibility for magazine’s art direction, design and editorial content that showcases a diverse community of graphic designers and their projects – such as the Tehran Metro Signage System and a review of Iranian commercial magazine design. In an attempt not to isolate Iranian designers from Western ones, Neshan includes a generous account of North American and European design work. ‘I tried to create covers consistent with this [multi-national] view, in a local language and with a global face,’ says Abassi. 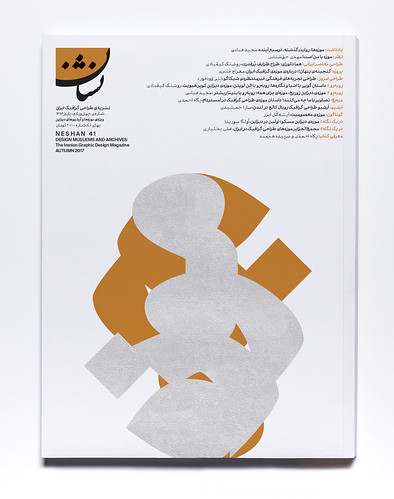 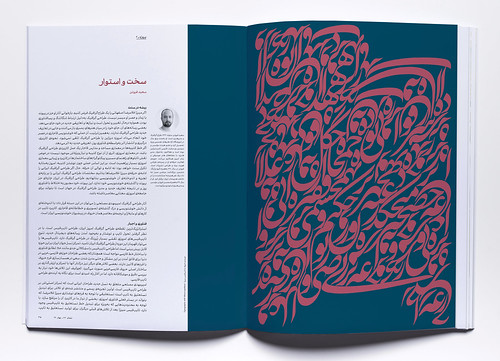 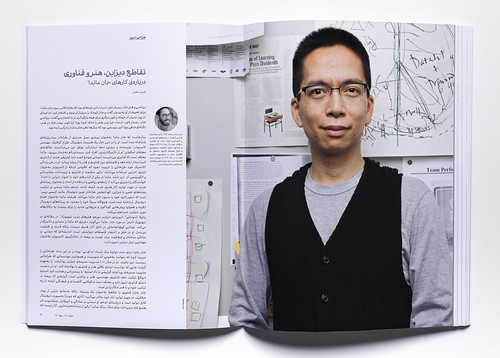 The previous 45 issues of Neshan have been artfully printed, and a supplementary website version is also maintained. However, the most recent issue on ‘Design and Literature’ (46/47) has only been digitally released on platforms in Iran. Lost revenues and higher production costs triggered by international trade sanctions have made printing on paper next to impossible. The magazine has always been independent of the official government, religious or cultural establishment, and so is funded through its founders, a few ads and subscriptions in Iran. ‘Neshan is the only medium in the field of graphic design and visual culture in the Middle East which is published in both Farsi and English,’ says Abbasi, ‘which is why it is of particular importance for me as editor and editorial team to continue to publish it digitally.’ 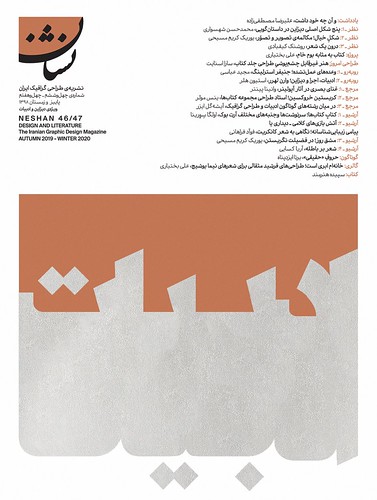 Despite the social, religious and cultural limitations that have forced the magazine’s team to find creative solutions, Abbasi says the editors ‘know the way of censorship and adapt to it.’ The main problem they face is budget. Neshan has nonetheless survived and will continue as long as possible.

Majid Abbasi with Neshan no. 25. 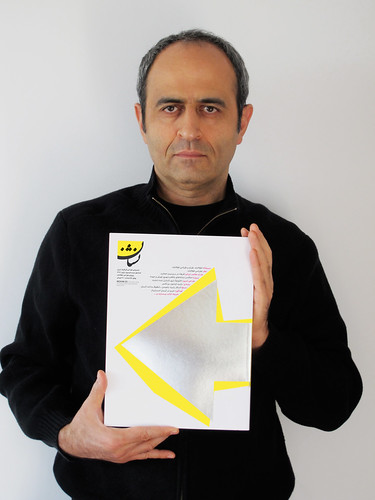