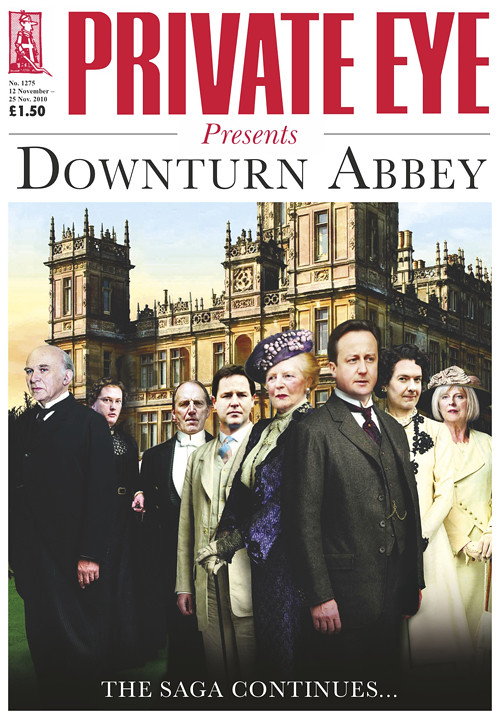 What with student protests, tax cuts and the unions threatening mass strikes, 2010 ends with revolution in the British air. As ever, all this anarchic energy has stirred up a healthy dose of graphic satire and visual unrest, writes John Ridpath. 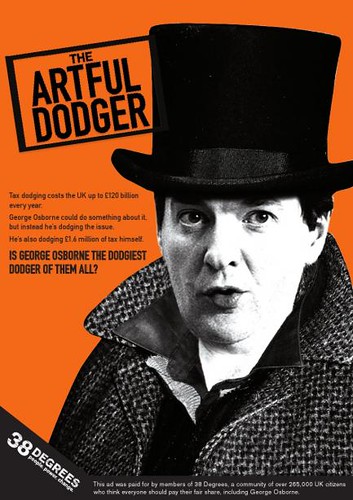 Campaigning website 38 Degrees has just raised the £20,000 it needs to run its advert showing George Osborne as ‘The Artful Dodger’ in the Daily Telegraph, Daily Mail, Independent, Guardian and Times on 4 January (the day VAT will go up to 20 per cent).

And in the recent protests against tuition fees, protesters carried sandwich boards painted as giant book covers, including Aldous Huxley’s Brave New World (below) and Jacques Derrida’s Spectres of Marx. 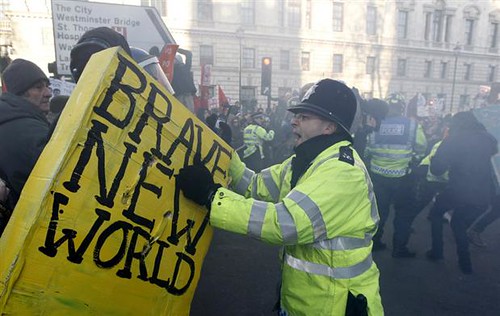 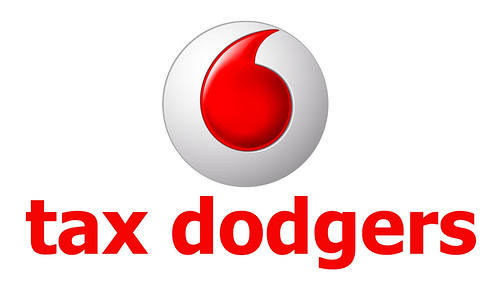 UK Uncut organised several high-profile demonstrations and sit-ins at Vodaphone (above) and Topshop stores across the UK to campaign against corporate tax avoidance. On Saturday 18 December, protesters turned up at Topshop’s flagship store on Oxford Street to run an impromptu ‘Sports Day’ to express anger over the governments cuts to the school sports budget. UK Uncut provided a ‘running label’ (below) for competitors. 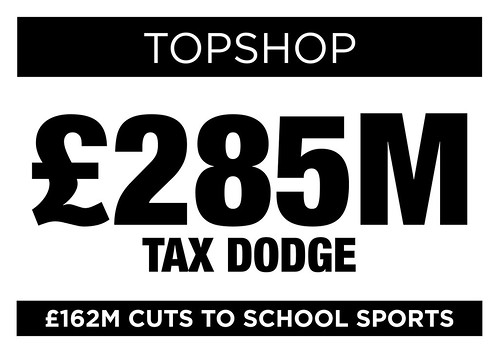 With more cuts (and protests) expected in the new year, get set for more graphic resistance. In the meantime, see last year’s ‘Signs of revolt’ on the Eye blog.

Eye is the world’s most beautiful and collectable graphic design journal, published quarterly for professional designers, students and anyone interested in critical, informed writing about graphic design and visual culture. It’s available from all good design bookshops and online at the Eye shop. For a taste of the current issue, no. 77, see Eye before you buy on Issuu.