Design Walk 2010 asks: where is this thing called ‘Greek design’? 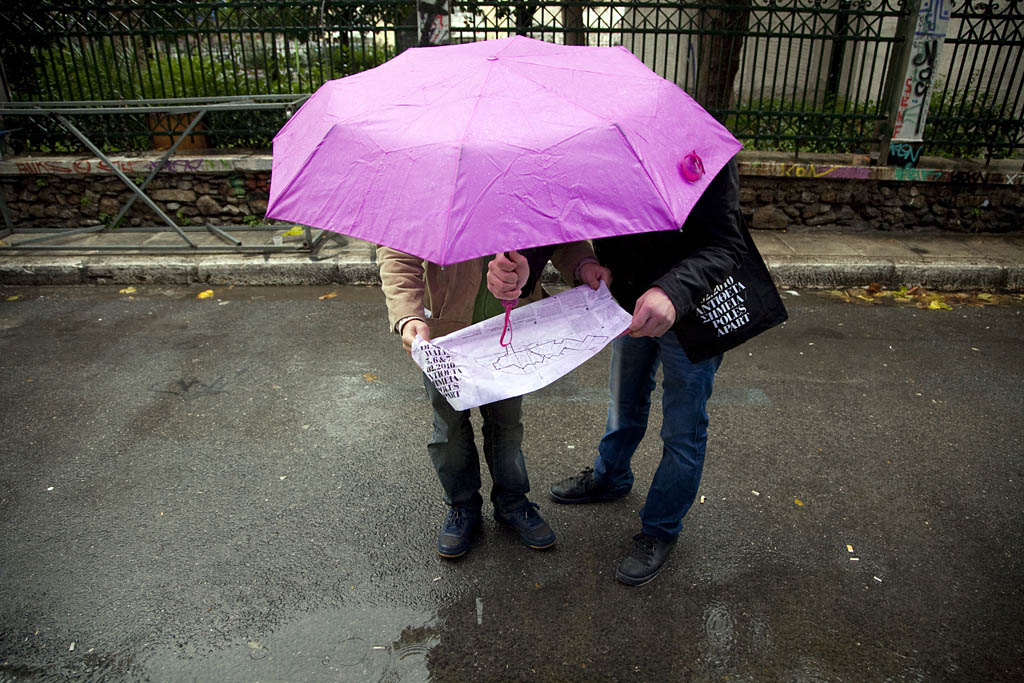 Last week Eye was invited to take part in the fourth annual Design Walk in Athens, writes John Ridpath. The event showcased thirteen local studios, and curators Double Decker set each team of designers a different brief based upon the central theme of ‘Poles Apart’.

Each studio was asked to respond to different dichotomies, including ‘words vs. image’, ‘foreground vs. background’ and ‘anarchy vs. order’.

The Design Walk was based in Psyrri, a shabby-chic district close to the city centre. Wandering between the studios, there was time to admire countless street art styles, a dizzying range of urban spaces – from neo-classical townhouses to concrete office buildings and empty lots – and the varied typography of local shop signs (for an examination of Athenian signage in 2002, see ‘Urban renewal’ in Eye 45).

The studios responded to their briefs in an equally eclectic manner. Exploring the theme ‘digital vs. analogue’, Indyvisuals had designed a computer-generated mosaic, then hand-pieced together a huge version on their studio wall (above). Interactive design led Geometry’s response to ‘noise vs. silence’, including several generative works based upon sound and motion sensors (below). 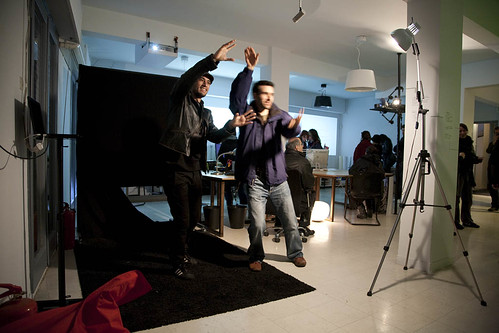 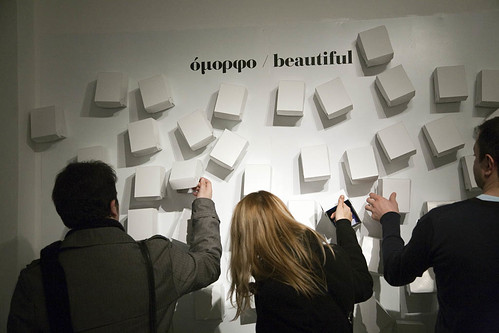 G. took on the theme ‘ugly vs. beautiful’ with a huge metal wall divided into two sides (above). Trinkets and tat were placed in magnetic boxes, and visitors were invited to decide for themselves: beautiful, or ugly. In the space of just a few minutes, a cassette tape of James Last’s Non Stop Dancing 20 went from 'ugly' to 'beautiful', then back again.

Pi6 produced an appealling series of handcrafted books to explore the theme ‘symbolic vs. literal’ (below), but designer Rena Chrysikopoulou said it was a rare opportunity: ‘We don’t find clients in Greece who want this kind of thing, they’re afraid of doing anything different.’ Melita Skamnaki, one of Design Walk’s curators, spoke about the other problems facing Greek design: ‘A lot of designers here don’t read, don’t follow theory and don’t research. I think it’s an education problem: the lack of good schools in Greece mean that the talented ones study abroad.’ 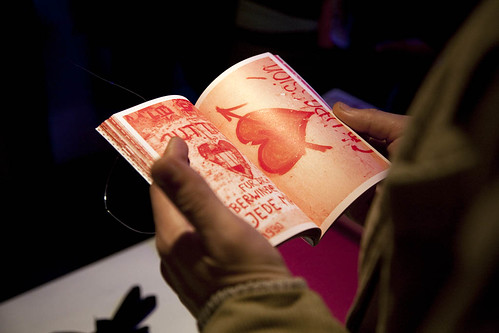 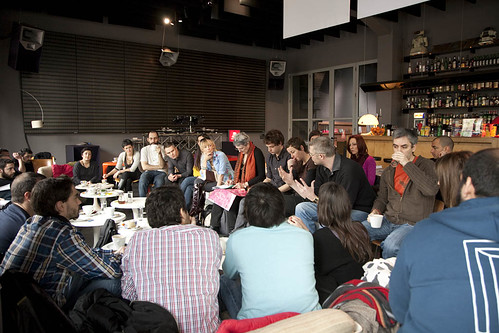 The final day saw a heated discussion amongst the studios about these problems, with some questioning whether there has ever been such a thing as ‘Greek design’ (above). Stavros Georgakopoulos from Indyvisuals suggested that ‘the problem is laziness, it’s like the “Zorba” theme – Greeks like to start things slow and rush at the end’. Demetrios Fakinos of +Design magazine leapt to his country’s defence, arguing that their economy skipped the industrial revolution and went straight into the tertiary sector. Without industry, there was no chance for Greek design to develop. But BIOS founder Vassillis Charalambidis disagreed: ‘We have always had a design scene, but no-one looks in the right places’. For him, the graphic design history of Athens is written in the street signs.

Design Walk revealed some creative tensions in the developing Greek design scene, and ‘Poles Apart’ turned out to be a particularly apt theme for the weekend. Over the coming weeks, Eye will be taking a look at the work of some Athenian studios, and asking their opinions about the issues confronting them. So, plenty more healthy disagreement to look forward to.

Eye, the international review of graphic design, is a quarterly journal you can read like a magazine and collect like a book. It’s available from all good design bookshops and at the online Eye shop, where you can order subscriptions, single issues back issues.