Out of the darkroom

Newport’s reputation for cutting-edge photography is based on a solid grounding in film-based techniques and an appetite for constant change. 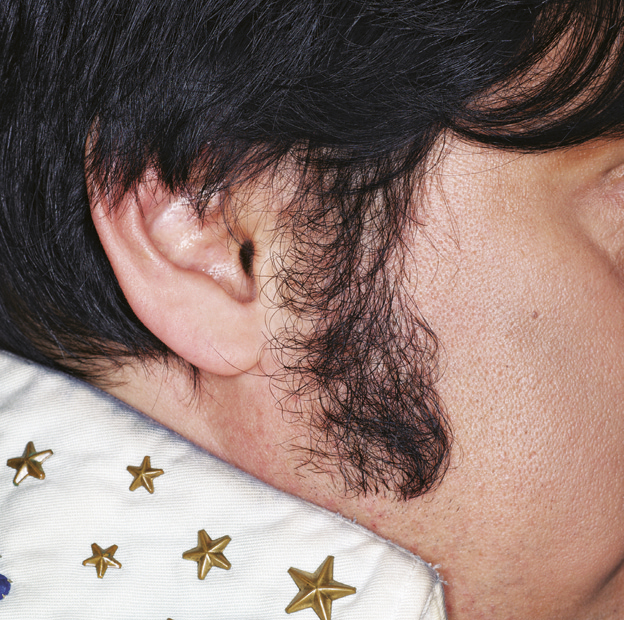 If you count its earlier incarnations as technical college and art college, University of Wales, Newport has been a home for students of photography for nearly 100 years. But Newport’s current high reputation for photography education dates back to 1973, when David Hurn, a member of Magnum, set up the School of Documentary Photography.  His photography diploma ran alongside the fine art course, and the course continues today as the BA in documentary photography.

Four years ago, Newport started a new undergraduate course, in Photographic Art. ‘We needed a route that dealt with the cutting edge,’ says Geraint Cunnick, head of the Fine Art and Photography department. ‘This was very  much about photography now,  in a broader sense than the documentary course – this was photography for galleries or books, and most of the students who apply come from a fine art perspective.’ Cunnick also started a BA in fashion and advertising photography, for students whose interests had a more commercial focus. And there is now a documentary photography MA.

For all these ‘cutting-edge’ ambitions, Newport gives a lot of credence to older photographic practices. According to Cunnick, it has the largest suite of darkrooms of any higher education institution in the UK. ‘It’s very rare that we see a film-based portfolio these days – many of our newer students have never used film, or a darkroom,’ Cunnick says, ‘[But] we see analogue production as the grammar of photography.’

Analogue is the grammar
For senior lecturer Peter Bobby, the benefit of analogue is in teaching students about colour and colour management: ‘With digital, it can be too easy to play about with settings without necessarily understanding what you’ve done. If you increase the magenta, what effect will that have on the image? When you’ve done it manually it makes so much more sense.’

It worked for Stuart Bailes, who graduated in Photographic Art in 2007: ‘It was the darkroom access at Newport that encouraged me to work in analogue,’ he says. ‘One needs to understand light and colour to be able to print, whether it’s analogue or digital, and  the darkroom can teach you  that in the simplest way …  It seems it is quite rare to have darkroom access on photographic degrees within British institutes.  I think it’s essential.’

By the final year of the BA courses, students tend to find their own language. Those interested in magazine work tend to work with digital. Bailes, who went on to study at the Royal College of Art, works almost exclusively in analogue. Other students looking to publish in a gallery context might have a more hybrid approach – scanning analogue photographs to make high-end digital prints, for instance.

Despite this emphasis on traditional foundations, Newport is very open to the possibilities offered by digital technology.  Now that many professional digital cameras can capture HD video, the distance between photographer and cinematographer is narrowing (see ‘Adventures in motion pictures’, pages 16-27).

A synergy has developed between Newport’s photography courses and its film school (which has a long and distinguished history of its own). The course leaders have recognised similarities in the critical theory behind documentary film and documentary photography, for instance, and share relevant teaching between departments.

The core staff in Photographic Art – Bobby, Ronnie Close and Eileen Little – have worked with video in their personal work. Joanna Lowry, who has written extensively about the relationship between the still and moving image, was a guest lecturer in 2009-10 and the department plans to invite more video practitioners in the future.

Final-year publication
About three or four students embrace video art every year. ‘That’s been a very interesting augmentation,’ says Cunnick,  ‘and very much in line with how independent photography is being represented in the gallery world.’ Documentary photography students are also shooting HD video on their digital cameras, mirroring the magazine industry’s adoption of video alongside photography in online contexts.

Perhaps the most interesting initiative at Newport in recent years has been the department’s final-year publication. It all started in the 2007-08 academic year, when Bobby and his colleagues decided to do something to combat a growing frustration with the limitations  of a typical degree show.

Brink, an impressive 200-page hardcover published in 2008, was the first of these student-funded projects. ‘We didn’t know how much money the students would raise, or what that money could get you,’ Bobby says. ‘There were a lot of last-minute decisions. Almost everyone from the course was involved, and it wasn’t easy to find a common theme with over 40 people with really different work.’

Brink was hugely popular with the students, and the following year-group were enthusiastic for more of the same. But where the course leaders had acted as editors on Brink, an external editor (Benedict Burbridge of Photoworks magazine) curated Photo Art 09. This time students were not allocated individual sections as they had been in Brink: their photos were mixed up together, and only twenty students made it into the final publication. ‘It was contentious; but quite “real world”,’ says Bobby.

Innovations in construction
This year, the format changed once again. For Pre•sent, which was edited by Close and Bobby, the 31 students were invited to find writers to respond to their work. About half of them did, so the book also includes contributions from well established names such as photographers Jason Evans,  Jesse Alexander and Corinne Noordenbos, head of photography at the Royal Academy of Arts in The Hague.

Another innovation is Pre•sent’s construction: each student was allocated an eight-page section with its own front and back covers, which meant their work could easily be made into separate booklets as well as bound together with that of their peers in the collective publication.

‘Being part of a project with  a lot of people having input was definitely tricky at times,’ says 2010 graduate Jocelyn Allen.  But she and her cohort have left Newport with an object of real value: ‘I think the designer [Steven Dawson] and our tutor helped turn all our ideas into a unique object – separate books that came together as one.’

As for the class of 2011, nothing has been decided yet. ‘I don’t even want it to become a given that we will do a publication next year,’ explains Bobby. ‘I’d love to do  a limited-edition portfolio, or a DVD, or a multimedia experience. Some kind of a collaboration with alumni might be a valuable exercise. But it’s all about next year’s staff and students forming a relationship and seeing what they come up with.’ 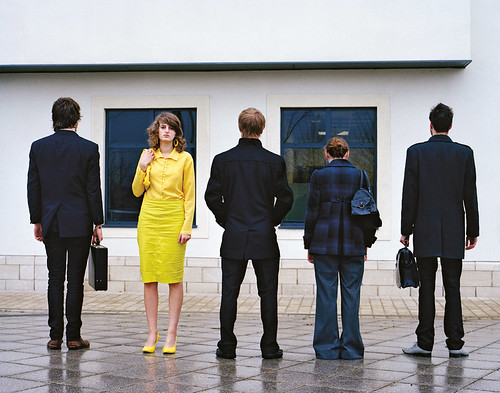