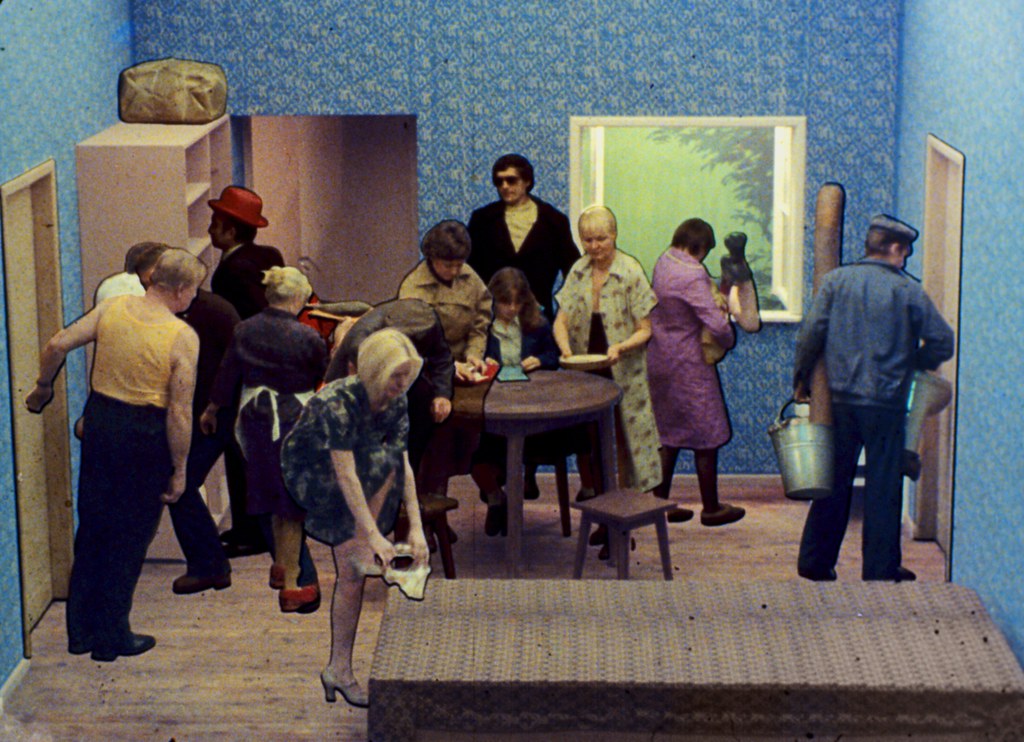 Visitors enter an interconnected series of low-ceilinged, soft black chambers, which are hung with glowing monitors and invisible loudspeakers. These inviting spaces are divided by shimmering curtains of heavy black threads – it’s like exploring one of Prince Achmed’s silhouetted sets – before you emerge into a double-height gallery packed with artefacts from animation’s past and present processes. And there’s much more, it’s a huge show. 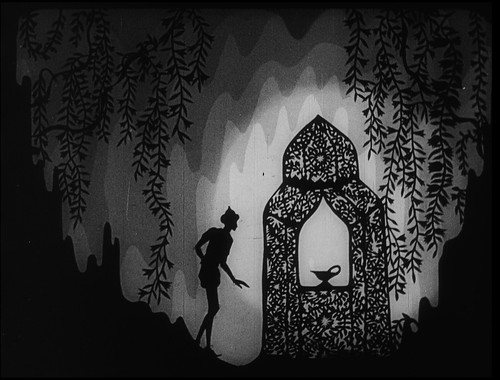 The display is not chronological but arranged into seven themes: Apparitions, Characters, Superhumans, Fables, Fragments (grouped with Fables in the gallery), Structures and Visions. Visitors are hooked from the moment they enter the Barbican Centre: there’s one of Julian Opie’s huge ‘walking’ LED installations (below right) in the foyer between theatre and concert hall, and there’s another in the central area of the exhibition, surrounded by an obsessive collection of toy characters from every era of popular animation. 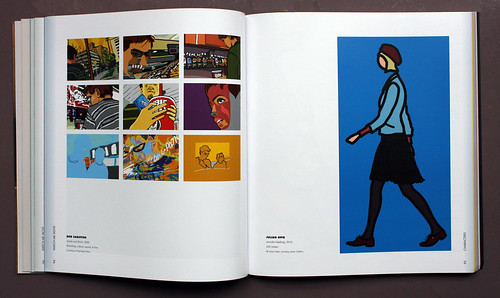 In the catalogue (above and below), curator Greg Hilty writes that his purpose is a ‘sustained and cumulative consideration of animation’. To this end, he and his team, which includes scenographers Chezweitz + Roseapple (see Eye 74), present visitors with ‘a multiplicity of animated films from different times, countries and aesthetic intentions, within a single conceptual and physical space’. He quotes Richard Weihe’s observation (from ‘The Strings of the Marionette’, Animated ‘Worlds’, 2006) that animated film is ‘an interpretation of reality from the perspective of the dream.’ 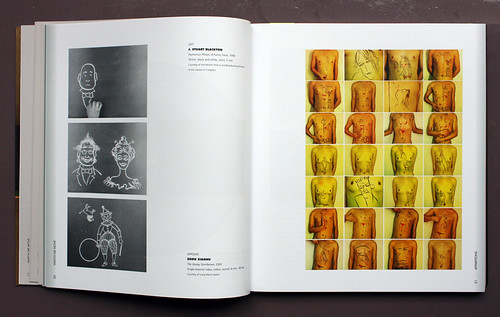 Accordingly, ‘Watch Me Move’ packs together a huge amount of diverse material with a lightness of touch and technical sophistication that makes moving from screen to screen a pleasure, frequently experiencing both the shock of the unfamiliar and the pleasure of the medium’s greatest moments. There’s an enormous amount of work packed into the gallery, with such artists, animators, storytellers as Len Lye, Marjane Satrapi (see Eye 50), Zhou Xiaohu (above right), Harry Smith, Ub Iwerks, the Quay Brothers, Stephen Spielberg, Mamoru Oshii, Disney, Jiří Trnka (below), Pixar’s John Lasseter (including his charming 1986 short Luxo Jr.). We see the impact (and feel the loss) of Channel Four’s patronage. 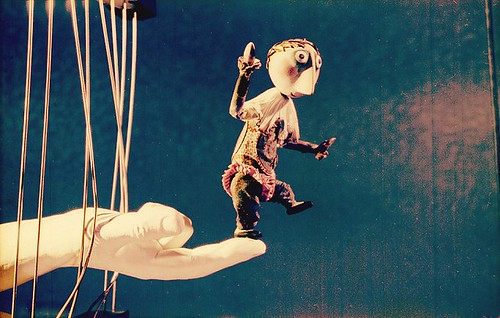 Everyone should find some personal favourites. Mine included Zbigniew Rybczyński’s Tango (1980, top), shown on a decent-sized screen (for those who know it just from late-night TV or YouTube), and Norman McLaren’s brilliant Neighbours (1952), both of which brilliantly deploy photographic images of actual people. 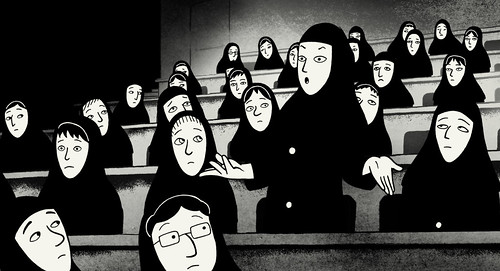 One visitor remarked that it was the perfect ‘hangover’ exhibition, where you could hide away in the gallery’s dark spaces all morning (or all day) until you felt ready to face the world. It was a fittingly backhanded compliment to what looks set to be a popular and absorbing exhibition (of which more later on the Eye blog).

Time will tell whether ‘Watch Me Move’ furthers the discussion about animation’s place in visual culture – what Hilty calls its ‘imaginative bridges between the “real” and the “imaginary” world, and between the individual and the collective unconscious.’ To infinity and beyond. 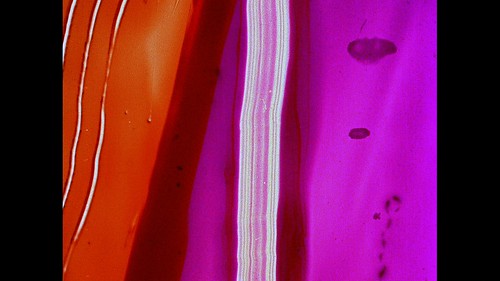 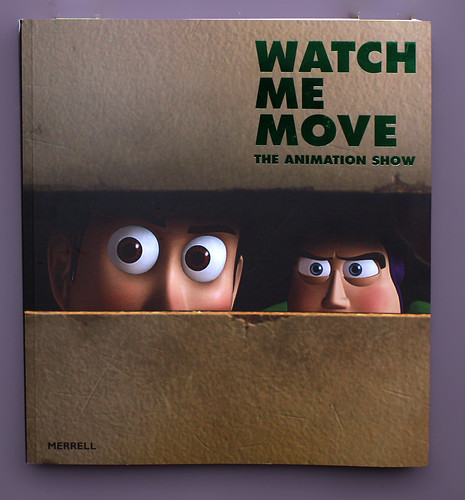