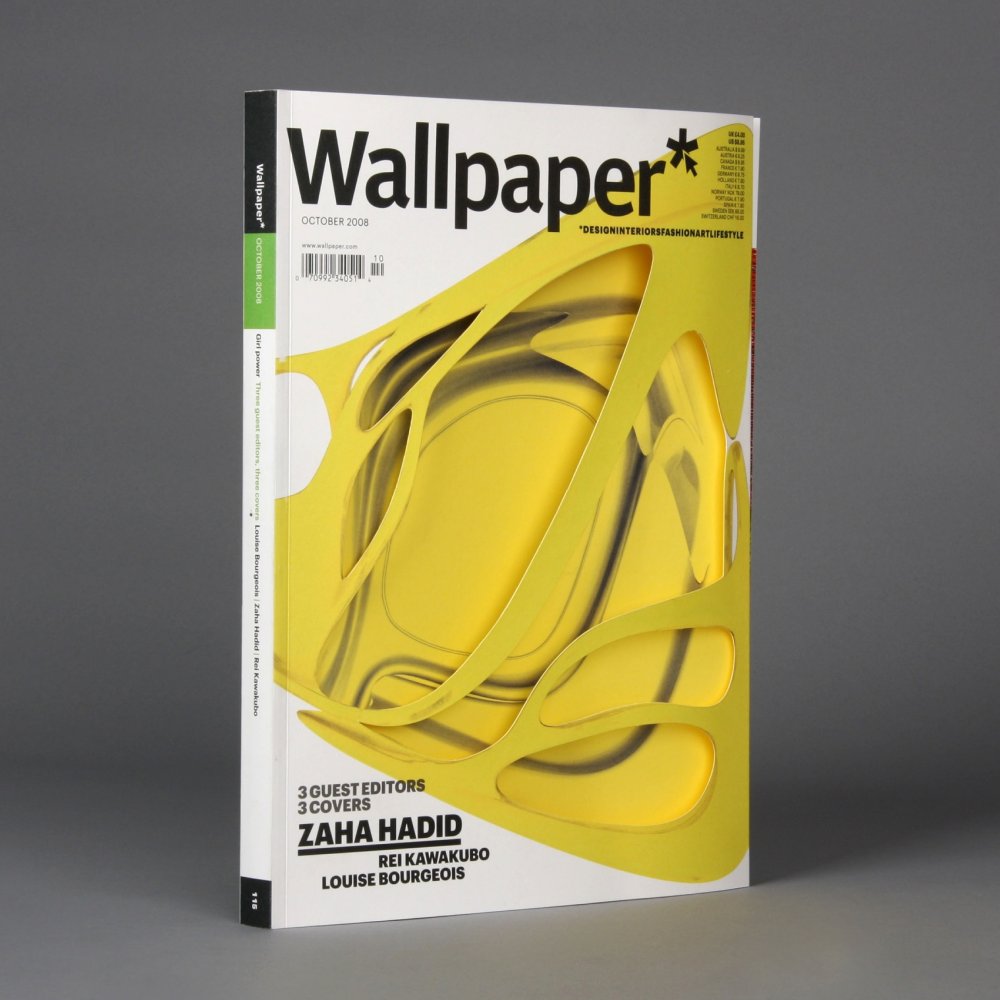 , and one of the more striking and tactile techniques in the print designer’s armoury is die-cutting, writes John L. Walters.

We’ve not managed to get our hands on a copy yet, but these snaps show something of the way this labyrinth of die-cuts springs from the content provided by Zaha Hadid, one of three guest editors. (The other two are artist Louise Bourgeois and Comme des Garçons founder Rei Kawakubo.) Hadid’s reputation rested on two-dimensional work on paper (see ‘The architect as illustrator’ by Catherine Slessor, Eye no. 35 vol. 12) long before she built anything substantial, so it is no surprise to see her work in the medium of a magazine. (She contributed a limited edition cover to the May 2006 Wallpaper*, too.) The gatefold cover and cut pages represent Hadid’s Lotus, to be launched at the Venice Biennale next Friday (12 September). 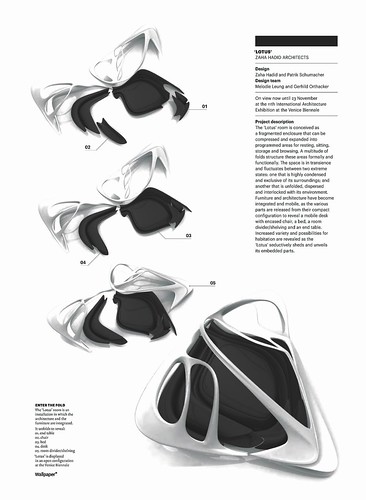 And there’s an interview with her (left, below) by Matthew Collings alongside the die-cut bound-in section (right), which is on heavier stock. 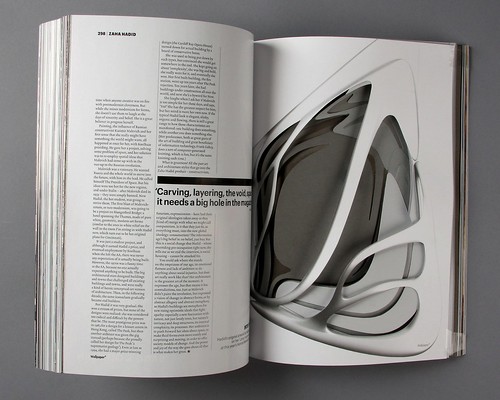 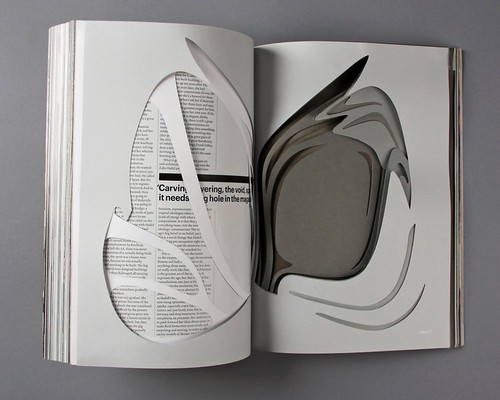 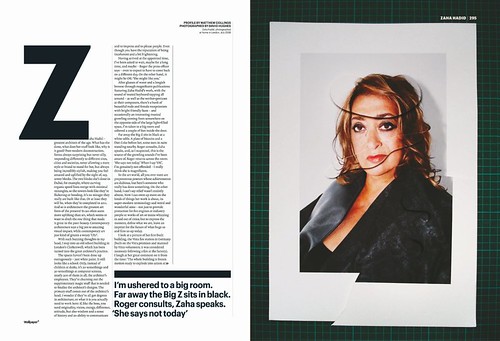 Wallpaper* editor-in-chief Tony Chambers is quick to point out the commercial considerations behind this issue: ‘There is so much competition that you have to create these “events”.’ It's not just about maintaining and boosting sales, he adds, but about giving the advertisers something new as well as readers. Since the October 2006 tenth anniversary issue, at the time their most successful edition, they have challenged themselves to do something special each year. October 2007 (which outsold its predecessor) involved three guest editors: Dieter Rams, Jeff Koons and Hedi Slimane; this year’s aims to do something even better (commercially and creatively) with Hadid, Bourgeois and Kawakubo.

Chambers notes that Kawakubo took the most persuading to get involved, and that Bourgeois was the one of the three who worked took the editorial role ‘most literally’, in that she conceived the ideas (which Chambers and his team commissioned) and oversaw her pages, even rejecting their initial layouts, ‘like a real editor’. Bourgeois brought together work by Helmut Lang, Roni Horn and Peter Zumthor (another triumvirate of fashion, art and architecture), all linked by a sea theme. ‘She was totally on-brand with what we do,’ says Chambers.

The Hadid section of Wallpaper*, with its multiple die-cuts, was a complicated production job that consumed a lot of time, and Chambers is full of praise for Hadid’s own office, for his own design team of Meirion Pritchard (art director) and Sarah Douglas (art editor) and IPC’s in-house production department.

The Bourgeois section contains a Tracey Emin portrait of the French artist (below right), which is conveniently detachable. 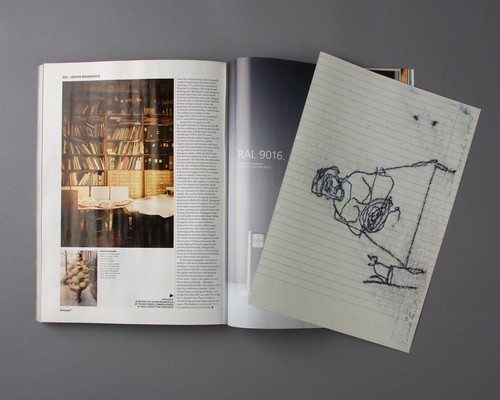 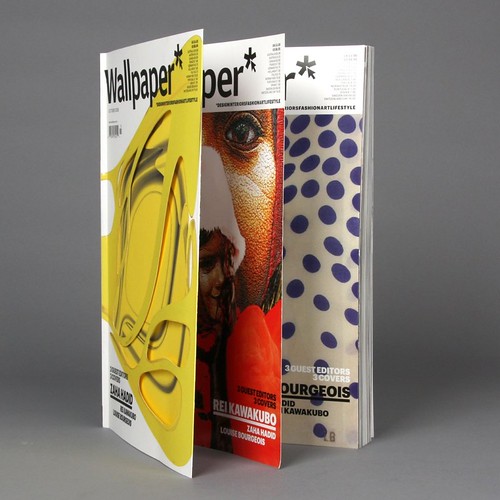