Kemistry Gallery showcases Yokoland, a Norwegian design and illustration studio with its own flag … 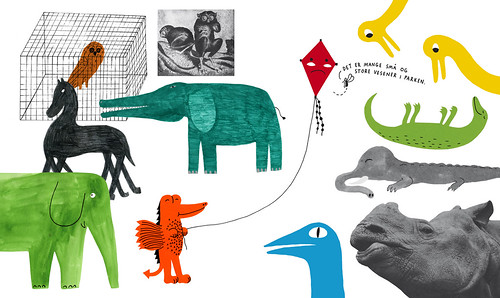 Kemistry Gallery’s ‘84 projects from Yokoland’, which continues until Saturday 19 January 2013, displays work from the past decade by the Norwegian design studio, writes Caitlin R Giddens.

Yokoland was founded by Aslak Gurholt Rønsen and Espen Friberg. Over the past decade their work has maintained a sense of humour and no-fuss charm, with illustrations that are powerful and innovative. 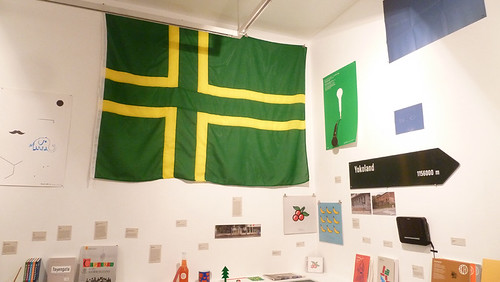 ‘84 projects from Yokoland’ displays a range of quirky work that defines the practice, including their own flag (above), books, magazines, posters and a friendship pin. The pin (below) is available for sale at the gallery, as well as a booklet of the exhibition. Their clients include galleries, publishers and several music labels and organisations, including Jaga Jazzist. 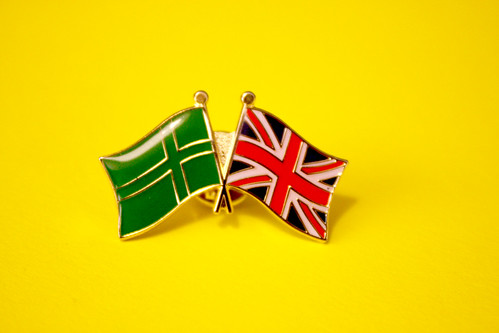 ‘84 projects from Yokoland’ will delight visitors, especially a book entitled Poems from a nun that uses a wonderful photograph of four smoking nuns. These playful pieces balance the seriousness found in other work, such as the book entitled Captured by the Norwegians, which shows how Norway has changed from being one of Europe’s poorest countries in the 1950s to one of its richest.

Flamme Forlag’s pocket book resembles many of the famous pocket books series first made in Norway in the 1950s. 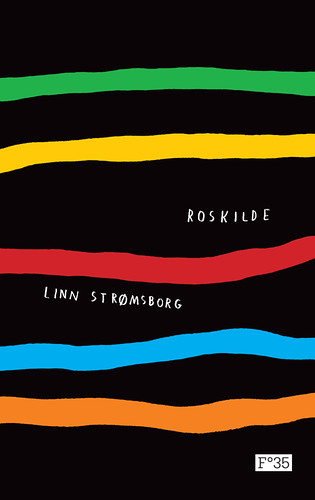 This exhibition provides insight into the evolution and cross-cultural diffusion of the studio. Work from 2012 suggests that for Yokoland the best is yet to come.

Yokoland – as we go up we go down, a book designed before the studio officially started. 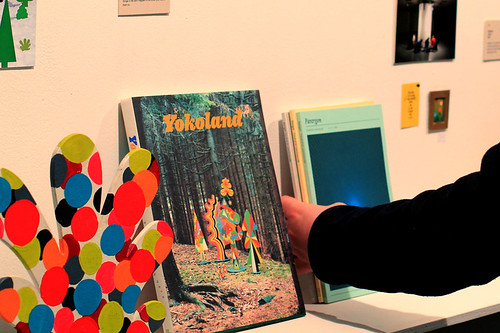 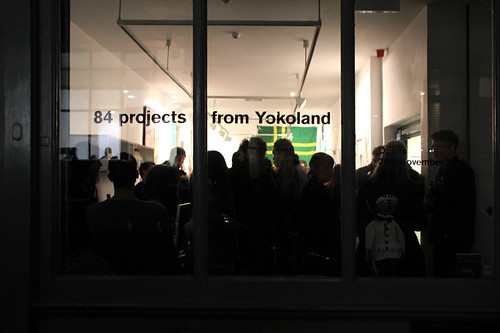