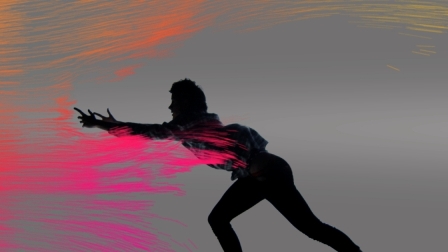 MTV has recently rolled out an ‘international brand refresh’, to be implemented across the music television network’s 64 main channels, writes Liz Farrelly.

This is unprecedented: MTV is renowned for its grassroots commissioning policy and diversity of output, engendered by an international alliance of local stations under a global umbrella (glocal, if you must). (See ‘Fired up and hired’ Liz Farrelly’s piece about MTV animators in the latest Eye, bit.ly/buyEye72.)

Matt Pyke of Universal Everything, who collaborated with MTV creatives on the project, told me about his experience of the music channel, both as viewer and contributor

Liz Farrelly: Do you consider yourself part of the MTV generation; did you grow up with the channel?
Matt Pyke: No, my first encounter with MTV was during art school days, seeing the early ‘analogue’ idents, and then the advanced computer graphics (at the time) for rave videos. Then, when I started working in moving image, I was looking at the early music videos by Chris Cunningham, Michel Gondry and the French directors Alex & Martin.

LF: Were your animations and movies shown on MTV?
MP: The first music video I attempted to direct was ‘Grammy Winners’ for Funkstorung, while working at The Designers Republic (see Eye 71). Using still, flat graphics to create narrative was an approach that myself and Ian Anderson had discussed for a while; and nothing else with that aesthetic was out there. That video was shown on MTV, which was a great motivator. It caused a wave of rip-offs, homages and improvements across motion design, which was nice to witness. 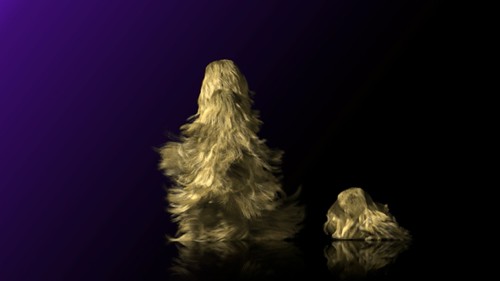 LF: When did you first work with MTV?
MP: I started Universal Everything in 2004, and MTV hired us to make some promos for the ‘History of Dance’ series. That was one of the defining projects for us, as we began working as a global collective; I directed from Sheffield, Joost Korngold animated from Amsterdam and Simon Pyke (my brother) composed the sound design in Brighton. That was one of our first audio-reactive pieces.

LF: And did the collaboration evolve into different kinds of projects?
MP: Two years later we were hired to design and direct the MTV Awards in Las Vegas, which is a project usually entrusted to a much larger team. We pulled it off and survived … producing films across many formats, from huge stage backdrops to tabletop and outdoor projections; and it was seen by millions due to Britney crashing and burning in front of our work!

Then for a while we concentrated on video and interactive artworks, including our ‘Forever’ installation (see ‘Magic box: craft and the computer’, Eye 70) at the V&A Museum. MTV called again – when I was 3500 metres up a Swiss mountain – wanting to talk about a global rebrand. There was no pitch; we worked directly with a small team; it was a chance to explore and create a vision, rather than fitting within someone else’s thinking. So we went for it! 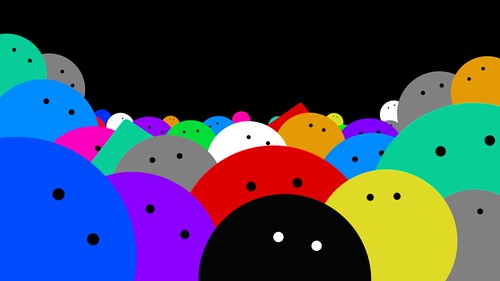 LF: Your solution offers a certain amount of flexibility – was that part of the brief?
MP: From the start we built in the aspect of flexibility, because the channel has a huge diversity of styles, languages, alphabets and content, so it needs that freedom to frame many aesthetics. So far we’ve created five 50-page guidelines, covering everything from the concept of the ‘fridge magnet’ type containers, and the timeline system for showing where you are in ‘MTV time’, to the overarching idea of ‘Pop x 1000%’.

LF: Is the ‘refresh’ intended for all MTV stations in the network, worldwide? Will it replace the graphics currently generated by the various creative departments dotted around the world?
MP: It’s to be used by the main MTV channel worldwide, everywhere except the USA. We’ve delivered a worldwide kit of parts to create coherence across all regions, to provide a shared method of communicating information and schedules to the viewers. The new framework is built to allow maximum energy, to push the creativity of the channel through idents and promos, because now many of the generic channel announcements are automated. Plus, all creative departments will use the mantra of ‘Pop x 1000%’ as a starting point for creating future idents; it’s a celebration of the extremes of pop culture: ‘Love x 1000%’, ‘Adrenalin x 1000%’, ‘Desire x 1000%…’ 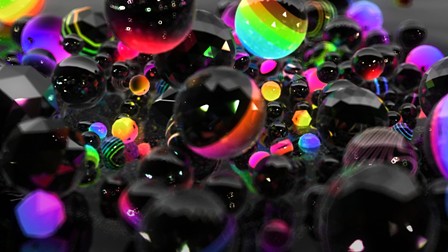 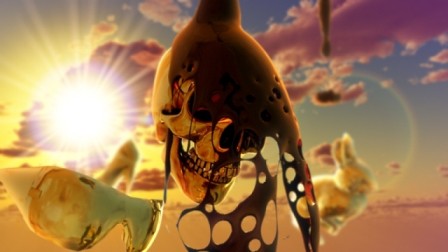 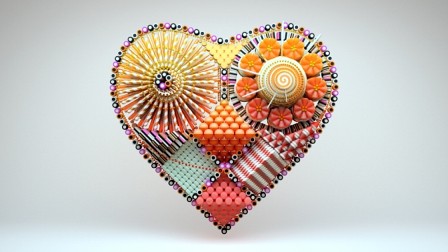