This is it: time to get physical with paper and ink 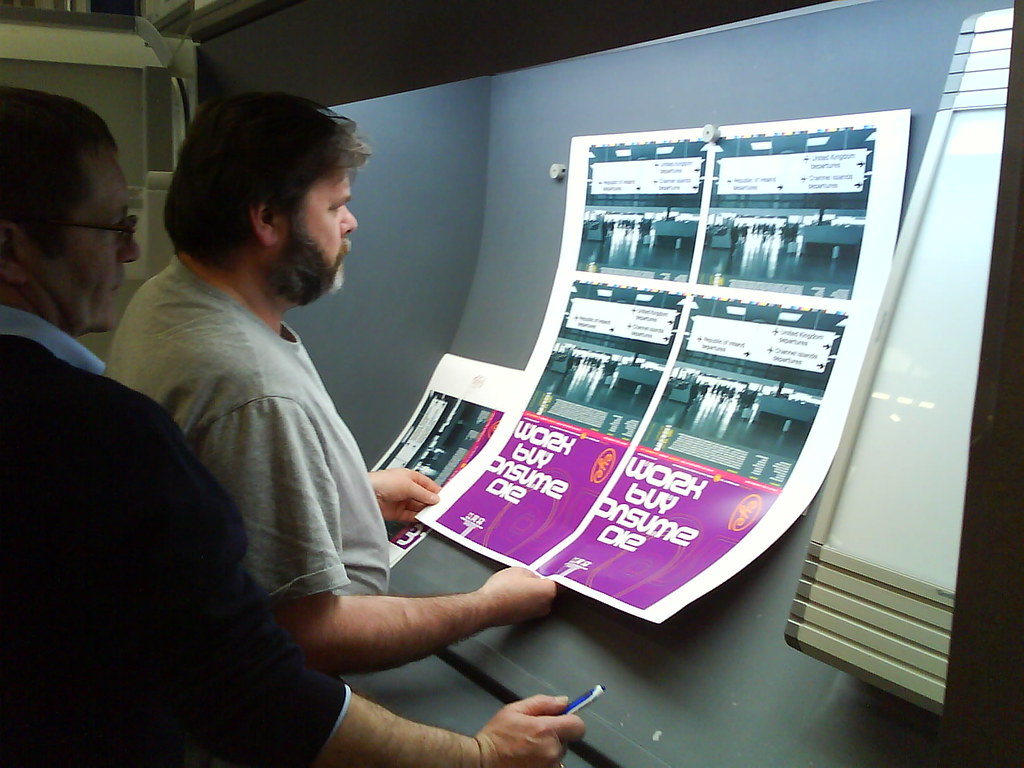 Since we took ownership of Eye last April, writes Eye editor John L. Walters, my fellow director (and art director) Simon Esterson has made a point of seeing every issue on and off press. Yesterday, Simon set off at the crack of dawn to Beacon Press in Uckfield, where the machines were being prepared for the latest Eye, a type special.

Designer Jay Prynne was also in attendance, and publisher Vicky McDougall and myself joined them mid-morning to see that Jay and Simon had passed the inside covers and the first sixteen-page section. The massive, ten-colour Heidelberg Speedmaster was set up to print both sides of the first section in one pass.

Another machine printed just the inside covers, two at a time, which were to be backed up with the outside front and back covers later in the day. For Simon, it’s quite a vigil; long waits while the pages are printing, interspersed with periods of intense concentration, comparing proofs pulled straight off the press with digital cromalins from Dawkins, our repro house. 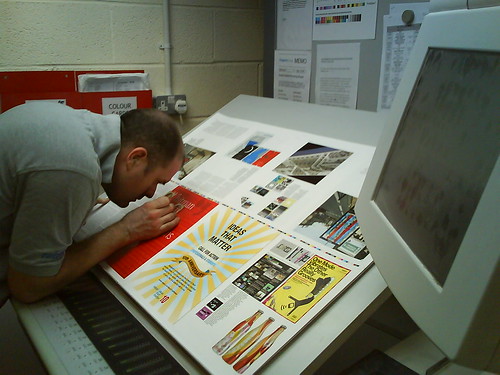 Craig (above), the minder adjusting the colour balance, pointed out that colour can be a matter of opinion. For Simon, there’s always an extra level of perfection to aim for, a photograph to bring out, a graphic detail that deserves a little more emphasis, all balanced against the overall feel and colour of the sheet.

It’s like cutting a vinyl album: the content and mix has been finalised, but the responsibility remains to realise it in physical, analogue form. After sweating over virtual pages in Word and InDesign for the past few months, you can’t get much more physically real than these big blocks of paper and troughs of ink. 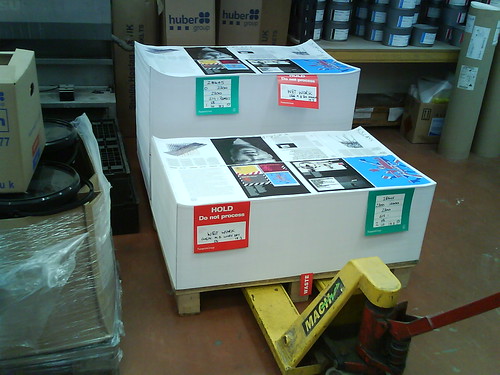 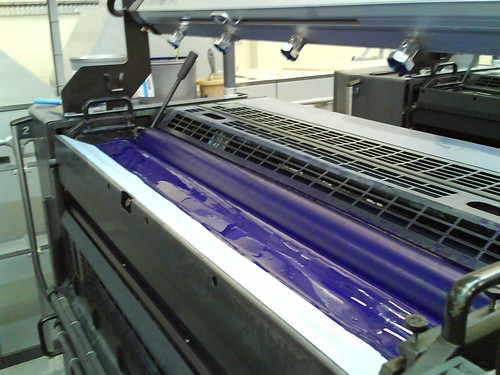 In the evening , I put a few snaps on Flickr, and we get a record number of views. After texting Simon to see how it’s all going, I get a reply timed 2'24": ‘Just looking at last section . . .’