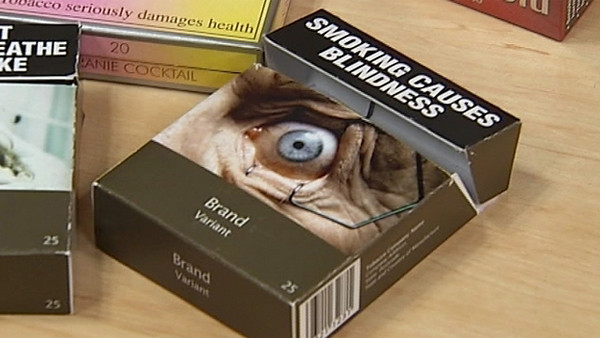 In March this year, the Australian government’s ‘de-branded’ cigarette packaging design was one of fourteen nominated entries – in the Graphics category – in the Design Museum’s ‘Designs of the Year 2013’ awards / exhibition, writes Alex Cameron.

Self-styled as ‘the Oscars of the design world', and a ‘showcase of the most innovative and imaginative designs from around the world’, it is a very public statement of support by the Design Museum that goes beyond design boosterism.

The shortlisted nominee press release tied to the cigarette packaging, commissioned by the Australian Government Department for Ageing Health, reads: ‘Based on consumer studies, the anti-design features a hard-hitting anti-smoking image, with plain text and unappealing colours.’ These qualities will feature on all packets regardless of their brand affiliation.

It bothers me that a leading UK design institution should effectively ‘legitimise’ the de-branding of cigarette packaging.

To champion its cultural credentials by calling it ‘anti-design’ is at best hyperbole and at worse disingenuous. It is counterproductive to the Museum’s mission of promoting design as a purposeful cultural activity.

The packaging is neither the logical conclusion of the anti-design of 1960s Italian designers nor that of its contemporary reincarnation launched by Neville Brody. While they both share an anti-commercial, anti-marketing and anti-mass impulse, they were reactions at least within design, by designers against a design ‘style’.

This week Gov.uk website, designed by the Government Digital Service headed by Ben Terrett, received a black pencil at the D&AD Awards in the category Writing for Design / Writing for Websites and Digital Design. The website previously won the ‘Design of the Year 2013’ award and has design principles at the core of its public service ethos. 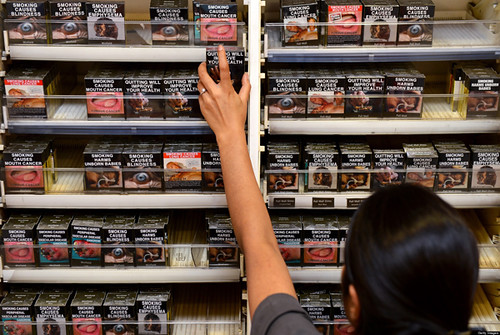 The same cannot be said of de-branding cigarettes, where the reaction is primarily against the product and design’s role in its promotion. It represents an abandonment of design as a purposeful and transformative activity in the service of a product. (See a 2012 Impact Assessment ‘Standardising packaging for tobacco products’ lead by the UK Department of Health.) Both the campaign and the final design is practically and essentially the antithesis of design.

Even in critical design terms, the resulting packaging has ignored long-established and well understood visual codes and signs in art and design. It has cast aside near universally understood colour signifiers and iconography while misreading the connotation of ‘generic’ in contemporary typographic culture – today ‘generic’ no longer means invisible or value-free. They might well have a taken a ‘pin-the-tail-on-the-donkey’ approach to choosing a typeface.

From a design industry perspective, this has happened to graphic design rather than being orchestrated by it. Far from graphic design playing a central and meaningful role in this process, it has been altogether ignored in favour of design prejudice, stereotype and mythology – a result of a duplicitous ‘design’ brief.

This is not a case of ‘anti-design’, but simply against design! 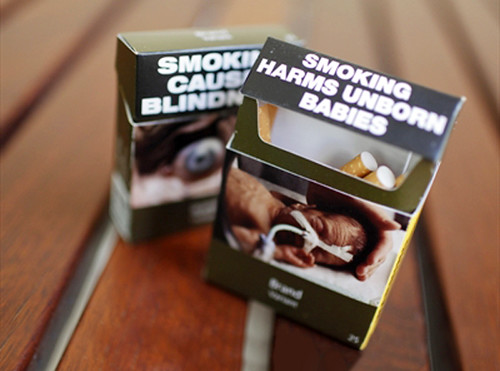 For the final weeks of the ‘Design of the Year 2013’ exhibition, which continues until 7 July 2013, the Design Museum is holding a Visitor Vote pop-up polling station that enables visitors to show support for the designs they believe most deserve recognition.