Memoir of a great Dutch bookseller 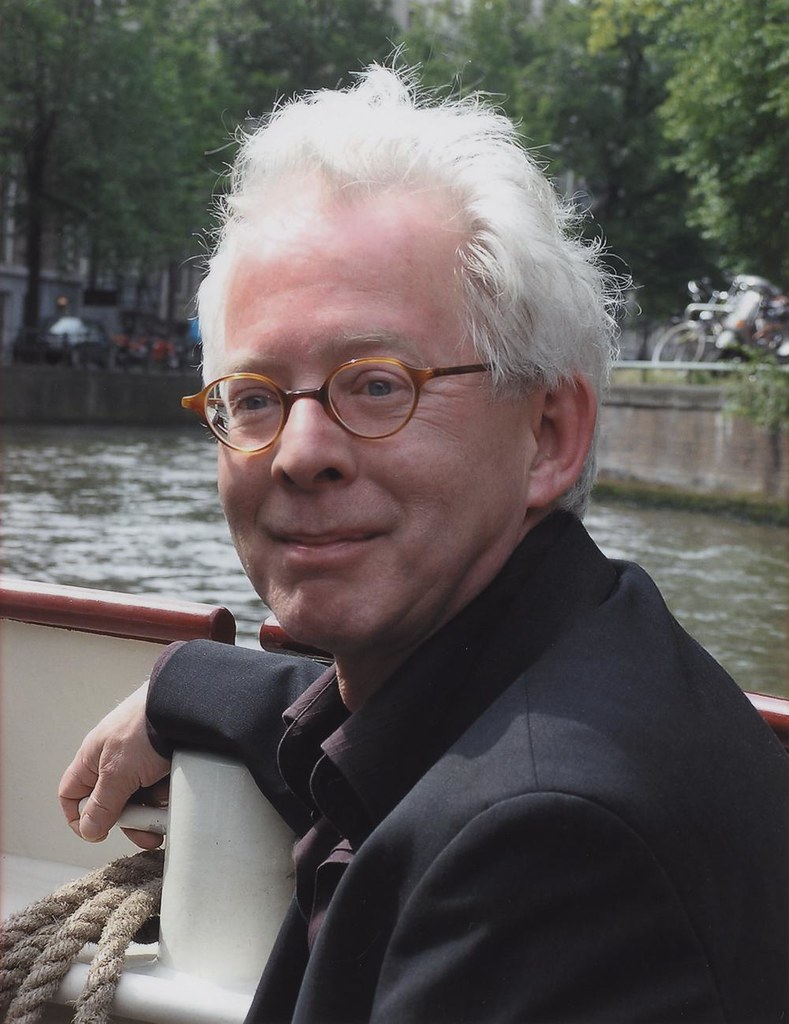 Frank Nijhof was a neighbour, and one of my favourite booksellers. I lived around the corner of the very fine bookstore Nijhof & Lee that Frank started with his partner Warren: I knew the good man well. Frank got sick a year ago with a cancer that could not be cured: it was really bad.

You know, you start to understand the value of a person when he or she is not around anymore.

Frank's passing made me and Chin –my wife – quiet for some days. It warmed my heart to see so many people – including designers of name and fame – attend his funeral; it was a final salute to this special man. Writing his obituary for Items (the ladies of this Dutch magazine knew I lived around the corner from his bookshop) was not easy.

Frank Nijhof died on 3 September and was born 60 years ago in the small Dutch town of Zupthen along the river IJssel. He grew up in the bookstore of his father, which was founded by his grandfather with the same last name. So, three generations of booksellers. Frank went West and ended up in Amsterdam, where in 1972 he got a job in the well respected bookstore Premsela, founded by the brother of the Dutch designer with the same name.

In 1988 Frank and his partner Warren Lee started their own bookstore ‘Nijhof & Lee’. The store in the Staalstraat became a success through their own expertise, their knowledgeable staff, their informative mailings and a well functioning website.

Frank and Warren appeared with their books at congresses and conferences and they organised events themselves (such as the Wim Crouwel exhibition ‘80 20 100’ at the Vivid gallery in Rotterdam). The store became a meeting place where artists and designers met. Many within Amsterdam, outside this town and even abroad, know how to find this place, where you can find the books you are looking for and can find the books you did not know even existed.

The best way to explain where I lived to my foreign designing friends was the direction: ‘Just 100 metres around the corner of the bookstore of Nijhof & Lee’. In case they did not know about this store, I had to explain another important aspect of my city.

After dropping off my daughter at school I often found myself in his store, flipping through the beautiful books, maybe the new Eye magazine (!) and then continued my walk home, often with some nicely designed printed matters. Frank had many ways to start a quiet bookseller's conversation, like ‘Eh … in case you like that book, I do have another …’, or ‘Have you seen what came in yesterday?’ Never pushing the visitors with his words, but always pushing – with his hands – the books around your back into straight stacks on their right positions again. Frank, being gentle, was a perfect host in his store. He, being very knowledgeable, was a good one to ask any question in the field of art and design, because he had absorbed the knowledge he was selling. In case Frank couldn’t give you an answer I can still hear him say, ‘Hmm, I’d like to know that myself’, while clicking on his keyboard trying to get in touch with the right book somewhere on planet Earth. His sense for humour could lighten up conversations and make himself laugh and twinkle his eyes.

Finally, the wrapping up of the book you wanted to take home was an activity engraved in his unconscious. One day, when I was in his shop, Frank’s wrapping movements reminded me of the hands of a younger bookseller 30 years ago when I bought my student books in the Premsela bookstore. It turned out to be the same Frank!

For 40 years Frank has sold books, and must have wrapped more than a hundred thousand books. He has reduced the space in many living rooms and many studio’s of artists and designers. The fine bookstore Nijhof & Lee is continued by Warren and the knowledgeable staff. 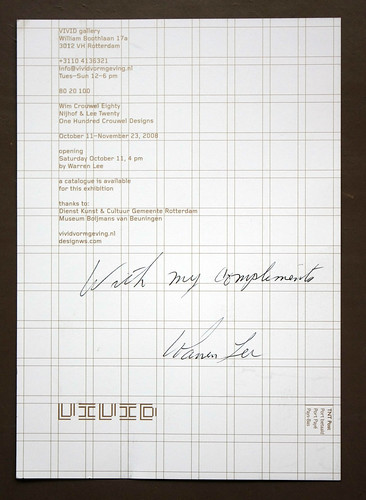