A quality, quarterly broadsheet made by moonlighting journalists 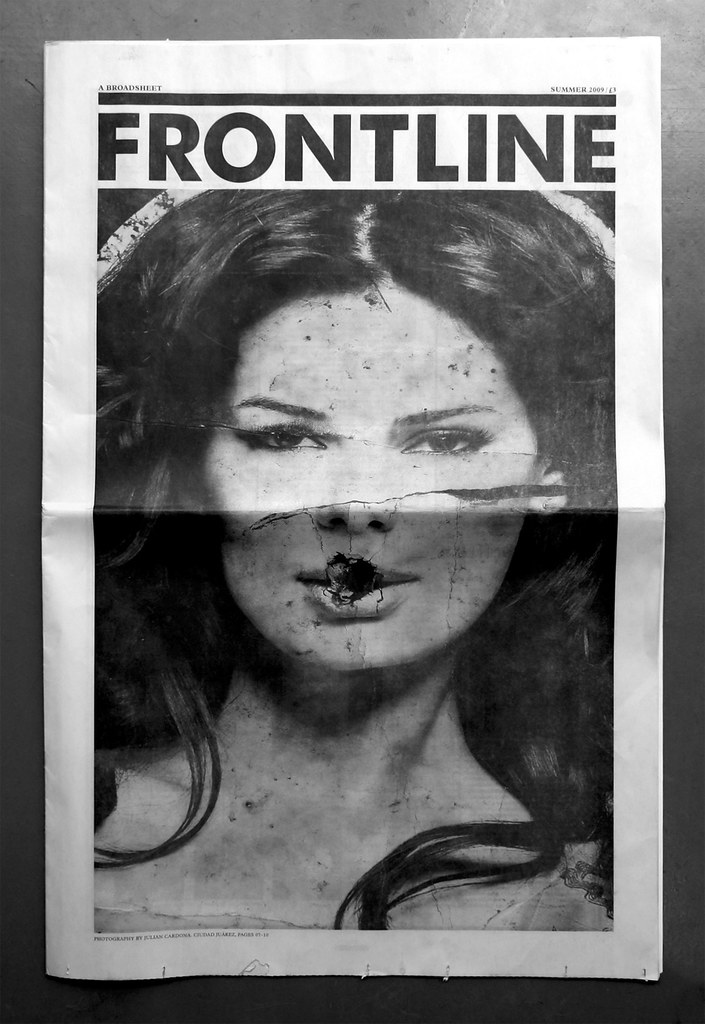 Sitting next to a self-absorbed Telegraph reader on the train last week I was reminded of the public transport of fifteen or twenty years ago, similarly packed and stuffy, but full of broadsheet readers of every political stripe.

Back then, you could get crowded out by the Guardian, the Indie, the Times, the FT, the Telegraph or one of the previous monster Sundays: Observer, Sunday Times, for a brief moment the Correspondent.

Now, writes John L. Walters, most papers have shrunk to tabloid or Berliner size, and there are few people reading paid-for newspapers on public transport. Oddly, this has led to the resurgence of a new kind of broadsheet, off which the Drawbridge is perhaps the most celebrated example. Now we have Frontline, a big (578mm high by 380mm wide) broadsheet, printed on newsprint apart from a heavier central section for better photo quality.

This new quarterly, designed by Sarah Douglas and Lee Belcher of Wallpaper*, comes across as both a labour of love and a serious journalistic intervention. A manifesto-like subscription form claims that it will be a ‘high-quality publication’, ‘political, but party-political allergic, irreverent and iconoclastic in equal measure.’ The editors are anonymous, moonlighting journalists who work on national newspapers, as are some contributions; ‘Looted Britain’, a strident (but topical, in the light of today’s report about the UK’s rail franchise system by the Commons transport committee) critique of privatisation, is bylined ‘Frontline’.

Other contributors include Clive Stafford-Smith, Muzamil Jaleel and Martin Bell, and Susan Greenfield outlines her critique of the effects of video games on the young. 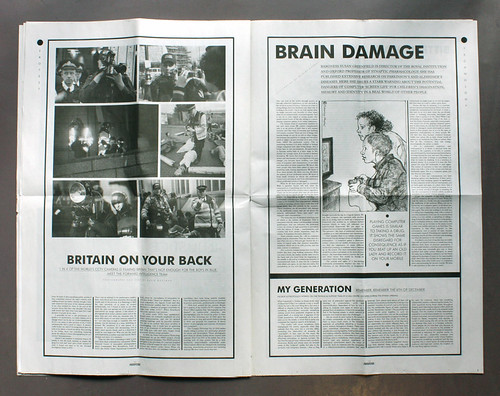 Frontline is produced by the Frontline Club, an organisation founded six years ago and run by video journalist Vaughan Smith and his wife Pranvera. But there are no video grabs. There’s plenty to read, in justified columns organised by thick black column rules and keylines, big, declamatory headlines; also powerful illustrations by Chris Riddell, Clara Vulliamy and Shirley Hughes.

But the heart of Frontline is its photo-journalism, with two powerful pieces by photographers. David Hoffman’s ‘Britain on your back’ (above), is a single page, with photos and words about the police’s Forward Intelligence Team’s use of photography. ‘J-war-ez’ (below), which takes up all four pages of the centre section on heavier (150gsm) paper, is a moving and shocking account of life in the dangerous Mexican border town of Juarez (see ‘Femicide’ posters, Eye 49) by photographer Julian Cardona. 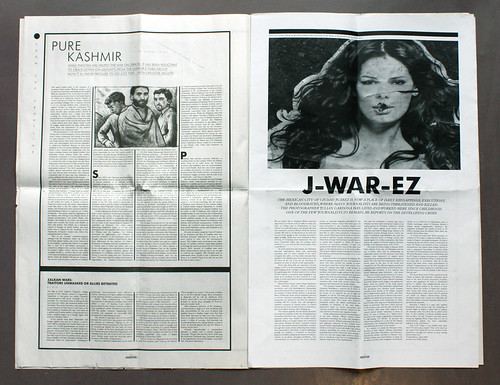 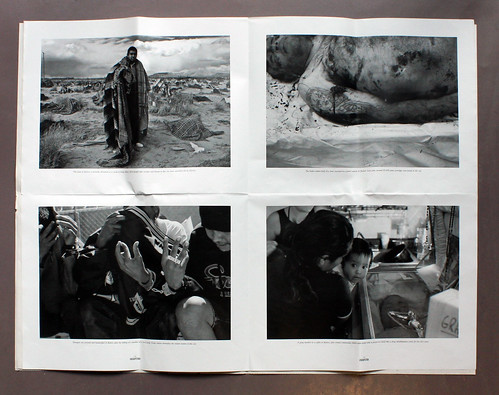 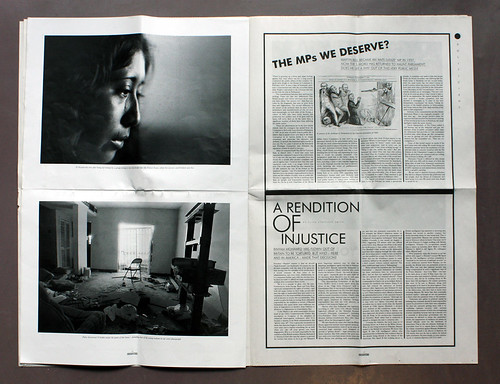 Above: spreads from Frontline no. 1. A picture caption on the fourth page informs us that the body of the young woman shown on the cover was found under the patio of the house shown in the pictures – along with eleven other bodies.