Come Out by Glenn Ligon

Published by Ridinghouse<br> Text by Megan Ratner<br> Designed and produced by Mark Thomson<br> Set in Sabon Next. Printed in Belgium by die Keure

The catalogue for Glenn Ligon’s Come Out evokes the power and brutal claustrophobia of Steve Reich’s 1966 tape composition, first made to raise legal expenses for the Harlem Six. 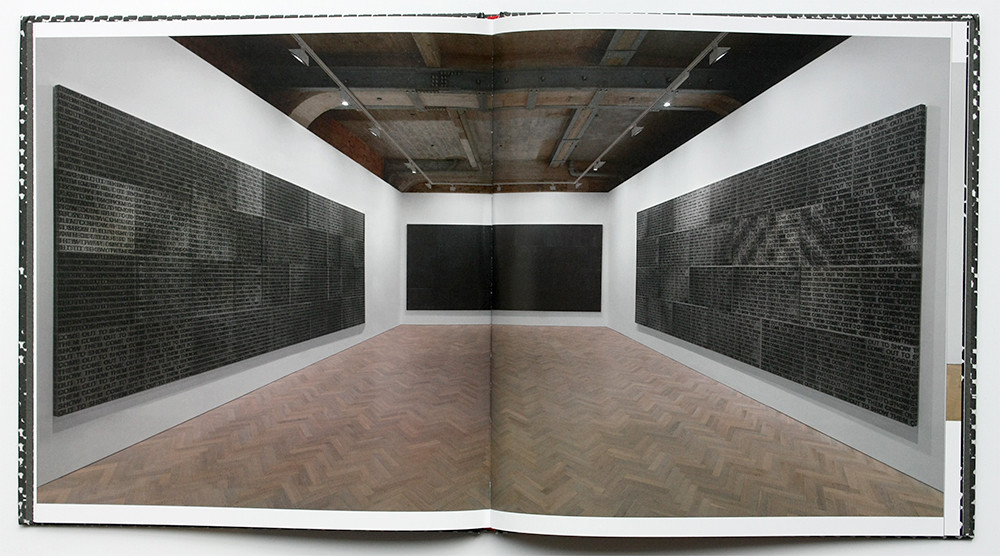 The catalogue for Glenn Ligon’s Come Out is a picture book full of words, based on a piece of music made of speech, writes John L. Walters.

The sonic inspiration is Steve Reich’s Come Out (1965), both a classic of Minimalist music and a pioneering example of electronic ‘tape music’.

US artist Glenn Ligon made a series of enormous wall-filling silkscreens, Come Out #1, #2 and #3, accompanied by three smaller studies. Their content is the same as the bulk of Reich’s piece: the words ‘Come out to show them,’ repeated and overlaid so that the words fill the entire space.

Spreads from Glenn Ligon, Come Out (Ridinghouse, 2014), designed by Mark Thomson.
Top: Installation of Glenn Ligon’s Come Out #1, #2 and #3 the Thomas Dane Gallery, London, 2014. Photograph: Todd White. Like the Steve Reich work on which they are based, the large (2.4 x 6.1m) silkscreens are made entirely from the words ‘Come out to show them’ in black capitals. 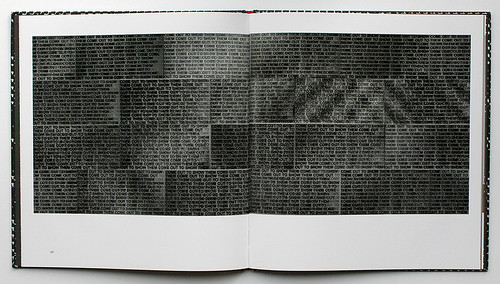 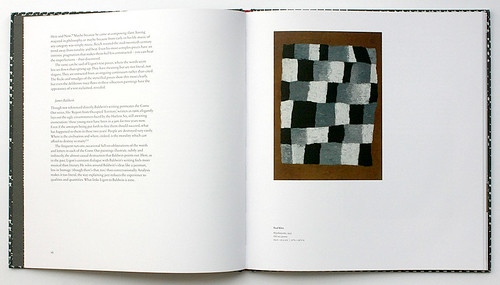 They were exhibited at the Thomas Dane Gallery in London in February 2014. Mark Thomson’s catalogue design allows space for large installation shots of all six artworks and an essay, ‘The Come Out Notebook’ by Megan Ratner (set in Sabon Next, a 1960s reference) is illustrated by works by Klee, Seurat and Ted Croner’s 1948 photograph of Central Park South.

The book opens and closes with full bleed spreads, three in a row, of increasingly claustrophobic details from Ligon’s works. Thomson’s art direction plunges the viewer into the heart of the artwork, surrounded by sound. 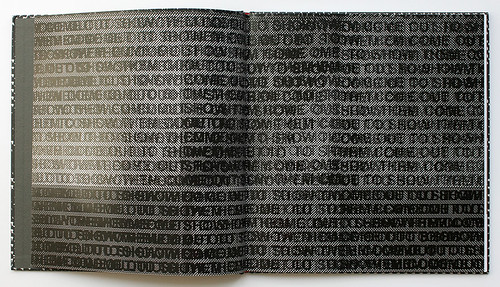 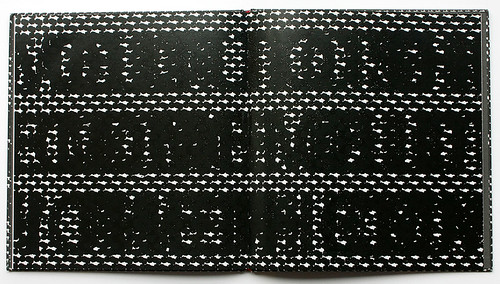 Steve Reich wrote, in his notes for the Early Works CD: ‘Come Out was originally part of a benefit at Town Hall in New York City for the re-trial, with lawyers of their own choosing, of the six boys arrested for murder during the Harlem riots of 1964. The voice is that of Daniel Hamm, now acquitted and then nineteen, describing a beating he took in Harlem’s 28th precinct station. The police were about to take the boys out to be “cleaned up” and were only taking those that were visibly bleeding. Since Hamm had no actual open bleeding he proceeded to squeeze open a bruise on his leg so that he would be taken to the hospital. “I had to like open the bruise up and let some of the bruise blood come out to show them.”’

Come Out by Steve Reich.

Ratner’s essay explains some cultural and political context, citing James Baldwin’s impassioned account of the plight of the six young men – who became known as the ‘Harlem Six – for The Nation (‘A Report from Occupied Territory’, 1966) and Richard Serra’s analysis of Reich’s tape work.

Nearly half a century later, Reich’s Come Out, a challenging example of what some termed ‘hairshirt minimalism’, retains a surprising power, while many tape pieces from the 1960s sound dated. Sadly, the human tragedies that prompted its creation are as relevant as ever. 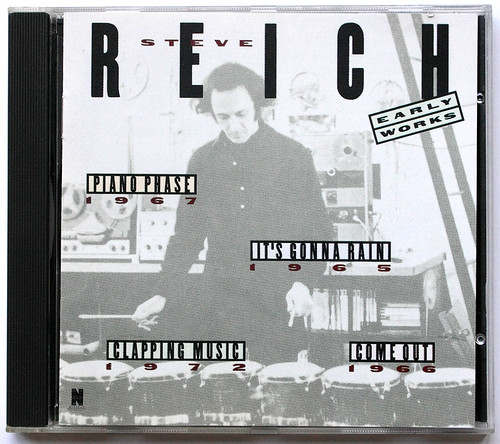 You can hear more of Steve Reich’s work during the ‘Minimalism Unwrapped’ season at Kings Place in London.

Coincidentally, there are several examples of Reich’s handwritten scores in a plan chest in the Sol LeWitt room at the ‘Magnificent Obsessions’ exhibition at London’s Barbican Art Gallery.

Cover: the book is the height of a twelve-inch LP. Design: Mark Thomson. 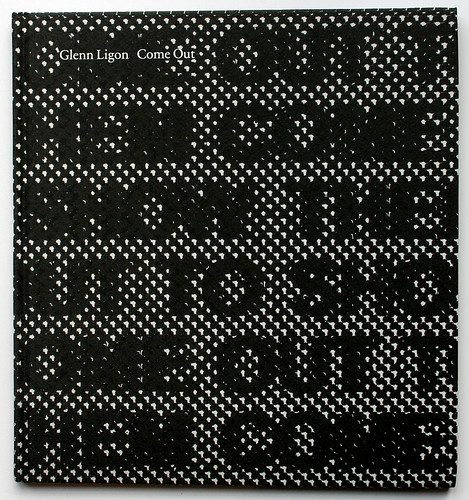