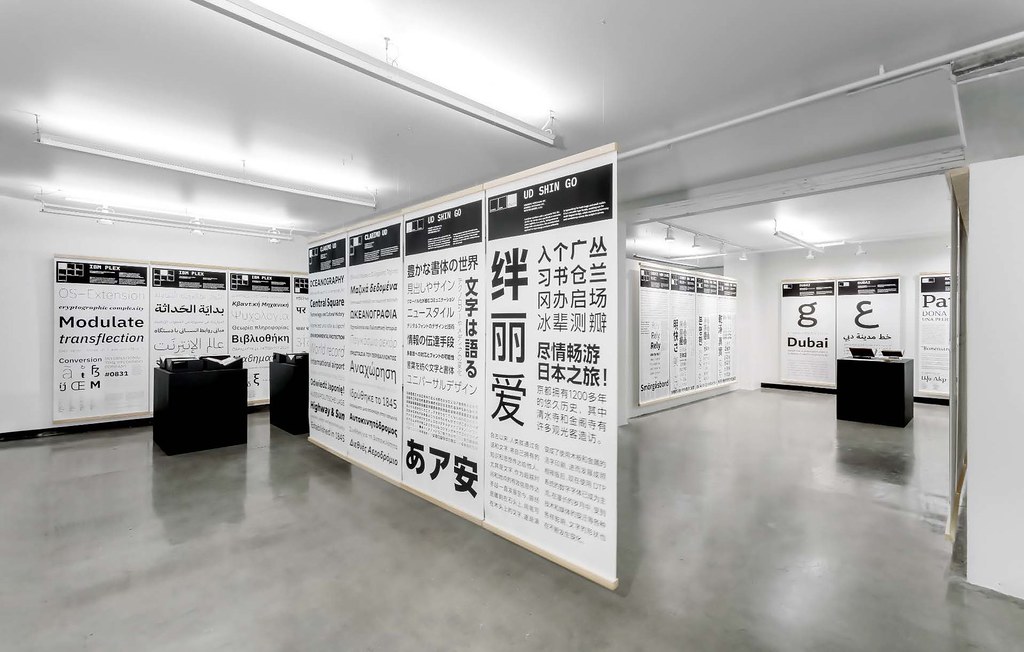 An exhibition shown at the Hoffmitz Milken Center for Typography [HMCT] and ATypI Tokyo 2019 highlighted the value of type design and typography in a world connected by new information technologies, writes HMCT’s Gloria Kondrup.

Entitled ‘Mike / Sierra / Tango’ (‘M/S/T’), the show follows in the traditions of Polyglot Bibles – in which the text consists of translations in various languages – and Bodoni’s expansive landscape of type design in the Oratio Dominica, which illustrates his use of more than 150 multi-script languages.

The words of the title, which represents the term ‘multi-script typefaces’, are taken from the 1955 International Civil Aviation Organization system that assigned codewords to the letters of the English alphabet so that combinations of letters and numbers were more likely to be pronounced and understood by those who exchanged voice messages by shortwave radio or telephone, regardless of differences in accents and language.

‘M/S/T’ featured a collection of 35 type specimen panels. These displayed contemporary, multi-script typefaces that demonstrate the strength of communication designed to be harmonic and functional, while respecting these culturally diverse language systems. Scripts are living cultural artifacts, each with its own technical, formal, and historical conventions. The show’s projects demonstrated the ways in which letterforms – the foundations of written language – can maintain their unique design characteristics across multiple scripts. 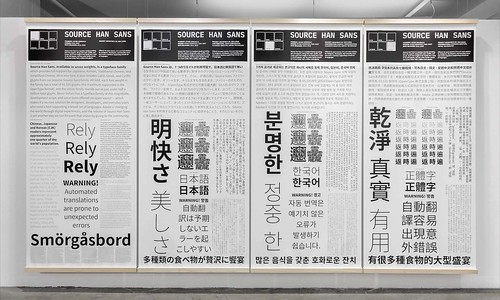 Type designers and foundries are increasingly expanding their activities to make multiple scripts including Greek, Cyrillic, Arabic, Hebrew, Thai, Devanagari, Japanese and Chinese in addition to Latin. Less well represented scripts include Hangul, Vai and Armenian. Some font families are extensive. Source Han Sans, an ‘Adobe Original’, provides full Chinese, Japanese and Korean language support. Each weight in the family has a total of 65,535 glyphs. The entire Source Han Sans family contains almost half a million glyphs. IBM Plex (see Eye 98), an open source superfamily designed under the direction of Mike Abbink, strives to maintain its ‘Plexness’ while expanding across multiple languages including Greek, Arabic, Devanagari and Thai. 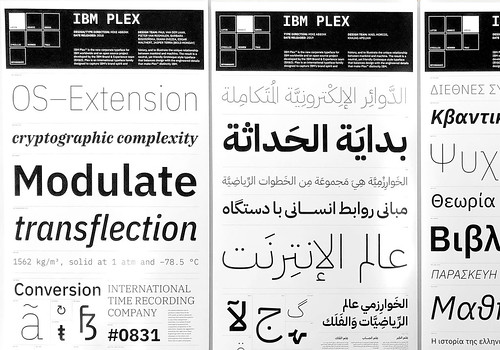 Other families are designed with a nod to history and culture. Kazimir, (designed by Russian foundry Type.Today) finds its design roots in pre-Revolutionary Russian literature, while the Kigelia typeface family (designed by US-based studio Jamra Patel), serves the most prominent writing systems in Africa that were previously unavailable for several African languages. 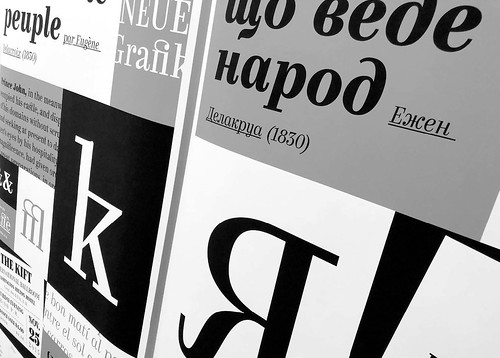 All of the typefaces were developed with in-depth consultation from script and language experts. For most of the designers, developing multi-script typefaces was a lesson in cross-cultural cooperation with the common goals of respect, communication, and functional, well designed letterforms. 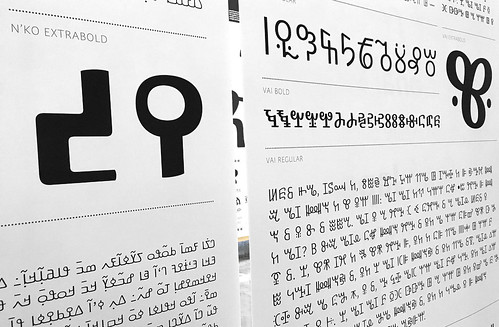 A version of this article also appeared on the HMCT site.