The afFEMation project stems from my belief that designers included in the history of Australian graphic design should be measured by their local influence rather than by their connections abroad, writes Jane Connory.

To design historians in Europe and the United States, Australian practitioners can appear disconnected – invisible to the global narrative. A fairer way to position Australians within the history of design is to measure the influence they have had within their own communities. Taking this viewpoint on board, my newly launched afFEMation.com website focuses on giving visibility to women designers whose significant contributions and local networks deserve close examination.

Why just women? Well it is hardly news that women are relatively invisible in the history of design and Australia is no different. AGDA (the Australian Graphic Design Association) has celebrated the industry through an awards platform since 1994, yet only 27 per cent of those awarded in the ‘designers’ category, have been women. [1] My national online survey (‘Invisible: Women in Australian Graphic Design’) found that stakeholders in the Australian industry could on average name less than two women who had made significant contributions to the industry (1.62 on average). [2] Yet Australian women have been flooding out of design schools for decades. For example, since the 1970s, the majority of students graduating from Monash University have been women. (In 2010, 71 per cent of graphic design graduates were women. [3]) 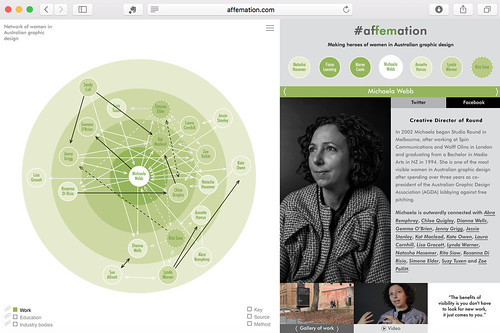 In order to address this disparity, I approached the designers most frequently cited in the ‘Invisible’ survey to take part in an online collection of profiles for afFEMation.com. [4] Women flew into Melbourne from across the country to have their portraits taken and share their experiences on camera. And rather than making ‘international influence’ a determining factor for their inclusion in this project, respondents to the survey listed ‘working experimentally’, ‘mentoring others’ and ‘having a profile amongst their peers’ as the top three reasons to include these women as ‘design heroes’. This website is now online and includes photographic portraits, videoed interviews, galleries of work and brief biographies of 24 women. These include women who run their own studios and those who freelance, as well as women whose practices cross over into publishing, advertising, the arts, education, research and festival management. 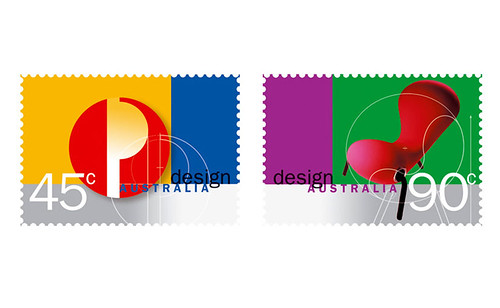 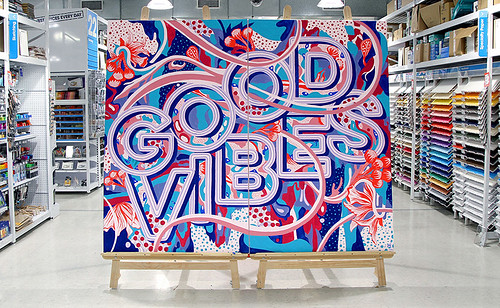 The stories on afFEMation.com can be explored through an interactive network. The connecting anecdotes show how some women are more comfortable with their anonymity than others. Lynda Warner, for example, has wielded incredible influence in Australia through introducing a professional graphic design practice into the island state of Tasmania, in 1983. She enjoys the relative lack of visibility her work provides and thinks her, ‘… work speaks for itself’. [5] 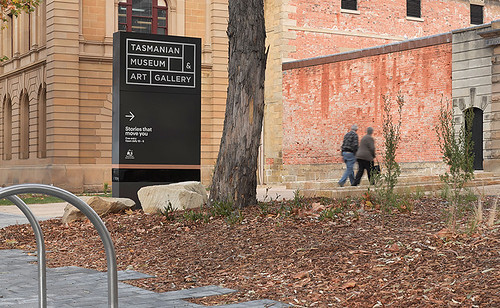 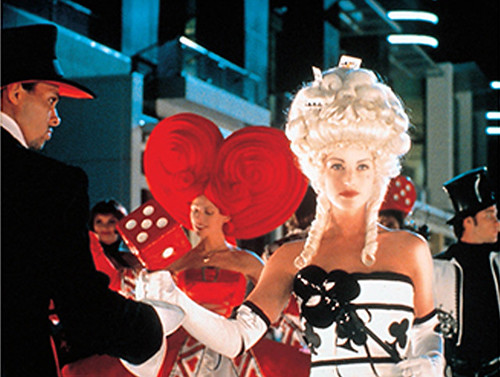 Gemma O’Brien, on the other hand, has used social media (see @mrseaves101) to create a global profile, now with more than 200,000 Instagram followers. Her hand-generated type is now commissioned around the world and she is highly sought-after as a knowledgeable speaker at design events. [6]

Warner and O’Brien are just two of the women notably absent from the history of graphic design. In afFEMation.com, they are two among 22 others who deserve serious recognition, with a chance to explore the connections these women have made and appreciate their work in context.

Dianna Well’s political poster, from 1988, which was produced through the Another Planet Posters collective. 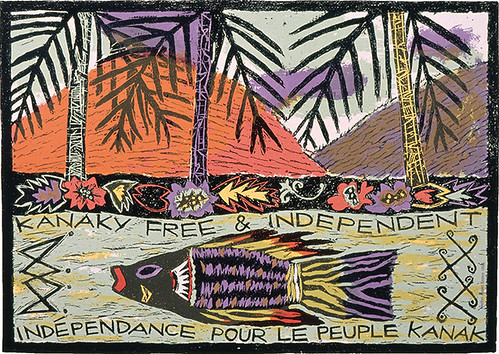 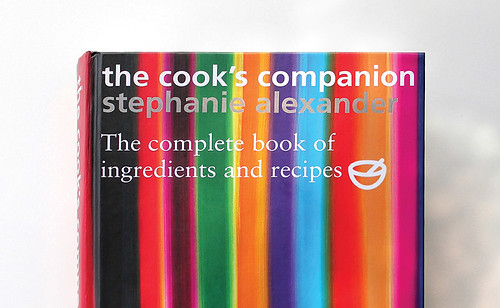 Michaela Webb: ‘... designers [need to] actually have a voice, because otherwise we are going to become completely invisible.’