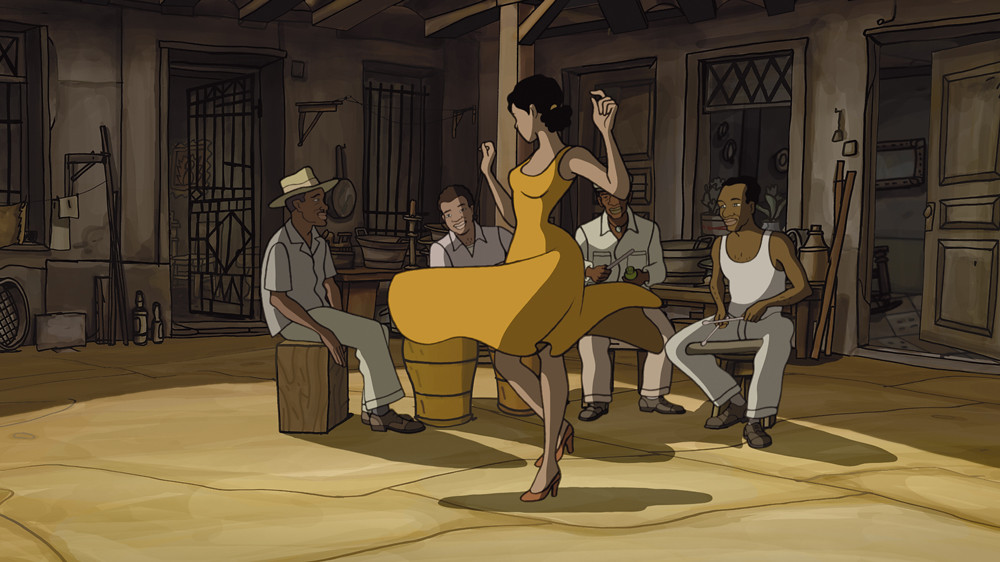 As this weekend’s 84th Academy Awards ceremony brings the season of movie awards madness to a glittery (and/or cringe-inducing) climax, it’s good to note that a leading European designer-illustrator is in the running for an Oscar. 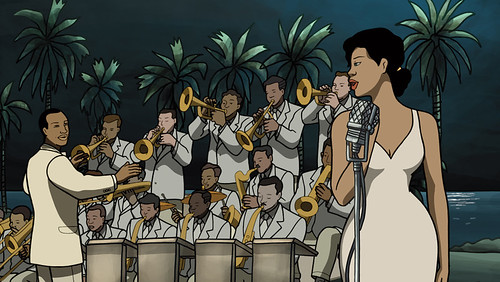 The full length feature has illustration and music at its core: it is the creation (and labour of love) of three people: Barcelona-based Mariscal, director Fernando Trueba (Belle Epoque, Calle 54) and Bebo Valdés, the veteran Cuban musician on whom the Chico character is loosely based. 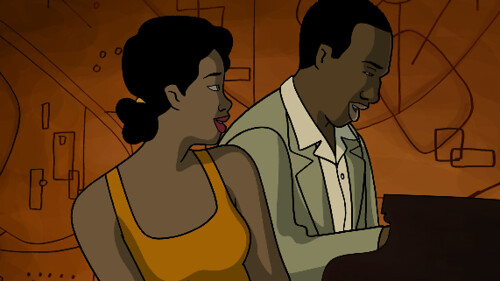 One of the challenges of Chico & Rita, for its own marketing people as much as Academy judges, is that there a few movies to which it can be compared. There have been other ‘adult’ cartoons such as Fritz the Cat, Persepolis, Waltz With Bashir and Waking Life, but these tend to have a darker edge. Chico & Rita is has some serious elements, but it is warm and sentimental (in the Ellingtonian sense of that often misused word) with a consistency of tone between story, sound and image. 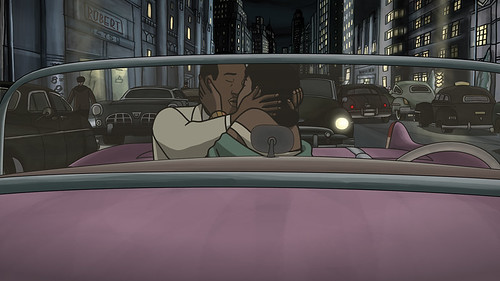 It is sexy and thrilling, with car chases, drugs, youthful mistakes and murder (based on a genuine incident), but it's also about race, the loneliness of old age, regret, forgiveness and love. It has a style and mood that's different to that of animated films aimed at the whole family, such as UP, Wall-E or The Incredibles. 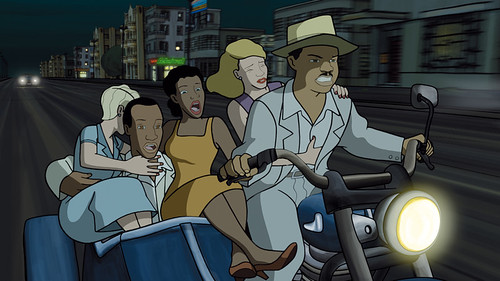 Above all, Chico & Rita is about music. It deals with Afro-Cuban music at several key moments in its vivid history - and you can enjoy the movie as a full length music video to its soundtrack album. It is informed by a love of movies about music. There are subtle and explicit nods to Hollywood musicals, classic Disney (Dumbo), Casablanca, Sweet Smell of Success (where a jazz musician is the only uncorruptable character in an amoral world), Bird and The Mambo Kings.

Yet despite almost universal critical acclaim, Chico & Rita hasn't had wide distribution in cinemas. Its position as no. 1 in a field of one doesn't play well with the conventional movie business. 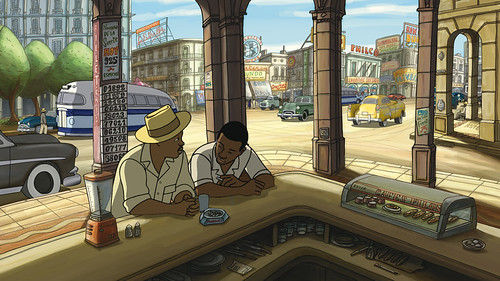 Mariscal’s free-flowing line informs every scene of Chico & Rita, from the close-ups of the lovers in bed to breathtaking wide-angle (and authentic) views of the Havana cityscape, complete with gorgeous lettering on the vintage shop signs. Trueba directed the action by Rotoscoping film of a cast of young Cuban actors, and Valdés and the music team went to immense lengths to recreate the sounds and stars of its time periods: Tito Puente, Stravinsky / Woody Herman, Thelonious Monk, Nat ‘King’ Cole, Dizzy Gillespie (below) and many more. 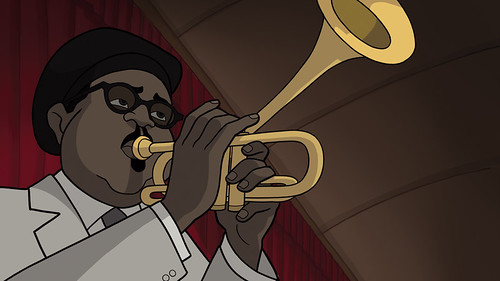 Let's wish Trueba, Mariscal, Valdés and the rest of their talented team luck and whatever else it takes at the Oscars this weekend. Chico & Rita deserves a wide audience. 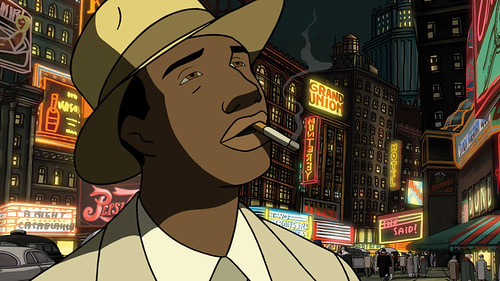 See the trailer on Vimeo, below.

In case the movie doesn't come to a cinema near you, Chico & Rita is now available on Blu-Ray and DVD. 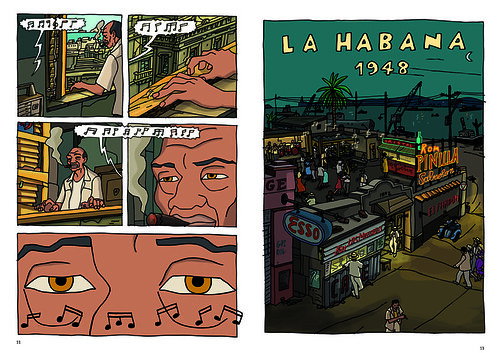 And there's a comic book version (above) published by Self-Made Hero, which comes with a Mariscal print showing an early sketch (below). 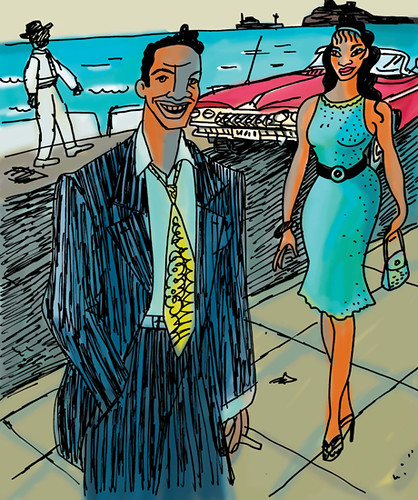