The conference formerly known as ModMag gave magazine makers plenty to think about, and reasons to be optimistic 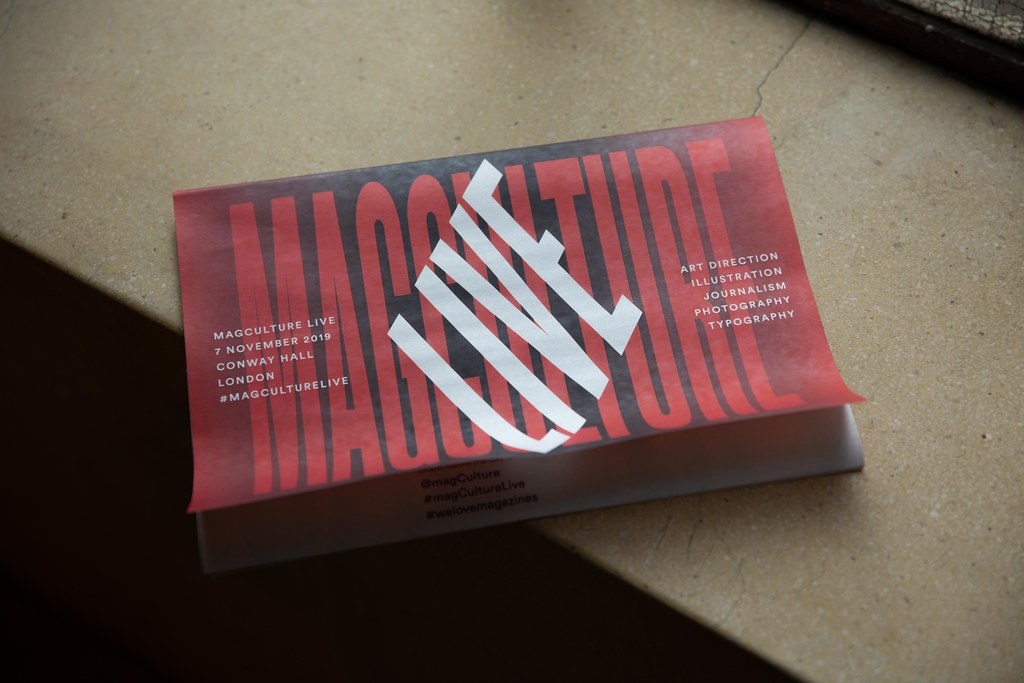 The ‘magCulture Live’ day of presentations by editors, art directors and publishers was one of the best magazine events I have ever attended, writes John L. Walters.

Formerly known as the ‘Modern Magazine’ or ModMag for short, the seventh London iteration of this annual autumn event attracted an almost full hall and went off with hardly a hitch.

The Stack Award-winning cover of Fukt no. 18. Design: Ariane Spanier. 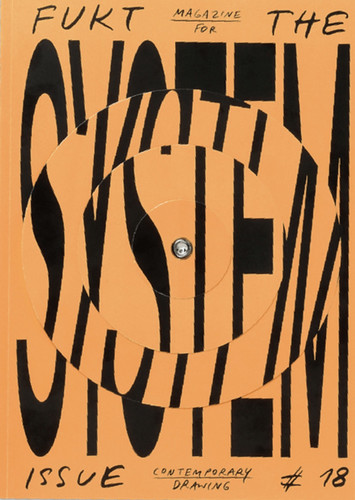 The day began with Ariane Spanier art director Fukt (est. 1999) named after a Norwegian word meaning ‘humidity’. The more-or-less annual title, edited by Spanier’s partner Bjørn Hegardt, focuses on contemporary drawing, and the masthead changes with each issue. Spanier took us through the highs and lows of combining indie magazine production and distribution with professional practice, raising a family (unexpected twins) and life in general. (A week later, the cover of Fukt no. 18 won the Stack Awards ‘cover of the year’.) 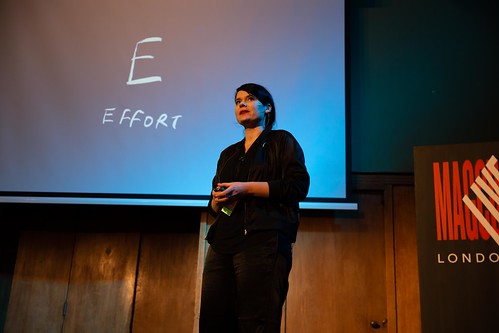 James Hewes of FIPP [originally Fédération Internationale de la Presse Périodique] started his talk with a declaration of love for magazines, and told us, without any trace of irony that ‘never before has the business been so connected to humanity.’ Hewes, a former magazine publisher (Top Gear, Good Food, Lonely Planet) with a jovial but forceful manner, likened indie mags to the new shoots that print up in the aftermath of a forest fire. His talk was peppered with fascinating (if charmless) PowerPoint slides that hammered home some largely positive messages for the magazine community. ‘Facebook does not exist to serve your business,’ thundered Hewes. ‘The age of content funded by advertising is over.’ He also predicted that looming anxieties and legal challenges regarding privacy will reduce the potential of the big tech platforms to harm the media industries. 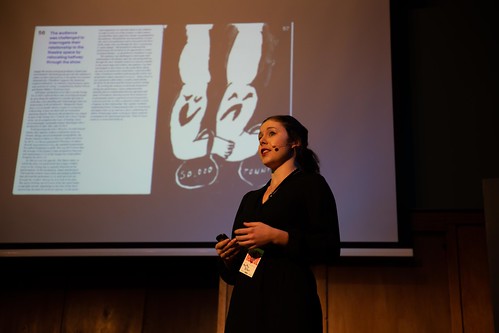 After these two longish presentations, we were treated to three shorter presentations from emerging indie mags: Alex Morrison showed us Contra, about to publish its third issue; Martha Dillon, also an engineer who works in Flood Risk Management, presented the thinking behind It’s Freezing in LA, the indie mag about climate change; and editor Felicia Pennant explained why the impressive Season Zine was born from an ambition to counter ‘the male, pale and sometimes stale state of modern football culture.’ Jeremy Leslie chaired a panel discussion with the three presenters on the general theme of ‘independents making a difference’.

Cover and spread from the Summer 2019 issue of Season zine, design by Caitlin Clancy. 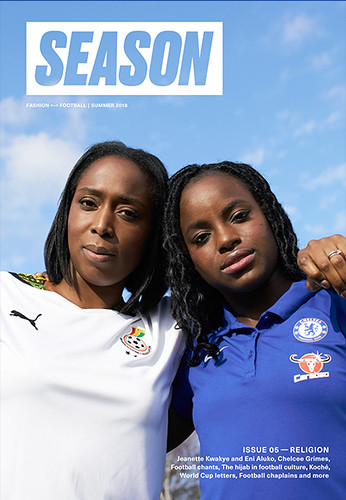 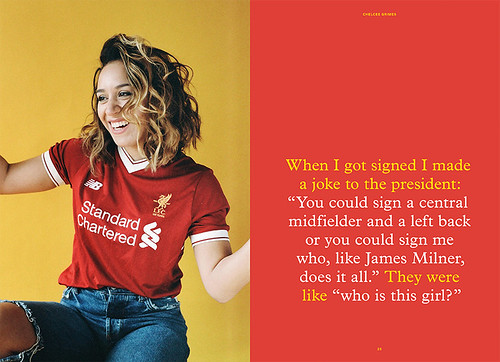 Jana Labaki of D&AD gave a short presentation of award-winning magazine design, including Nova and – to our surprised delight – the 8000 different covers of Eye 94. Gert Jonkers, an editor and publisher whose achievements (in partnership with Jop van Bennekom) include Re-, Butt, (see ‘No muscles, no tattoos’ in Eye 61 and ‘The alternative viewpoint’ in Eye 97), The Gentlewoman and The Happy Reader, gave us a preview of the new Fantastic Man and an entertaining insight into his tastes and fashion.

Spreads from the special issue of l’Obs that celebrated the événements of 1968. Design and art direction by Serge Ricco. 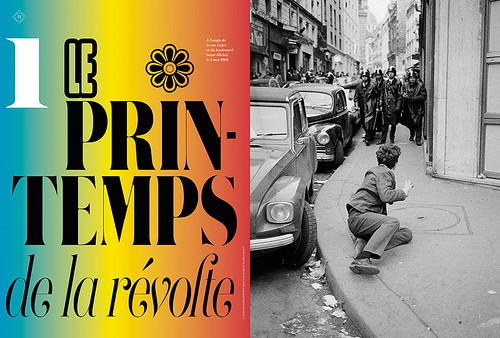 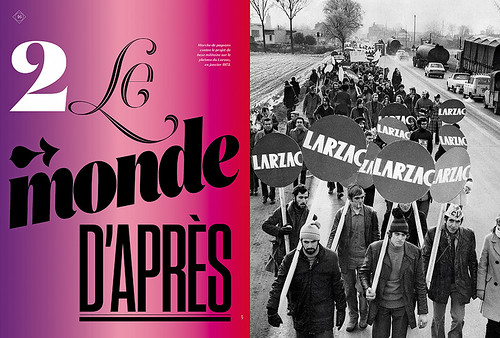 After the lunch break, Serge Ricco of l’Obs (see Eye 97) talked about his work and enthusiasms and presented some amusing videos (not his) on the subject of magazines, including: Stoplight, an SEO-oriented spoof of Spotlight and the pop video for ‘Low Life’ by Tahiti Boy And The Palmtree Family, an 1980s-style homage to the golden age of magazines such as Smash Hits, Blitz, The Face, and Vogue, with celebrity and TV mags thrown in the mix.

New York magazine’s picture editor Jody Quon gave us some insights about the work, controversies (both internal and external) and slow-burn research that lay behind the magazine’s famous shoots: a double page spread of Lizzo’s butt; the cover showing women who had accused Bill Cosby and the notorious Trump ‘Loser’ cover she made with artist Barbara Kruger (see article in Eye 05). Quon has an address book crammed with the world’s best known photographers, but she sometimes discovers new names through Instagram: one example was London-based Moroccan photographer Hassan Hajjaj whom she hired to shoot celebrity rapper Cardi B for a cover feature. Asked about the Trump cover in the context of imminent impeachment, Quon declared that, ‘like fine wine, this cover gets better with age.’ 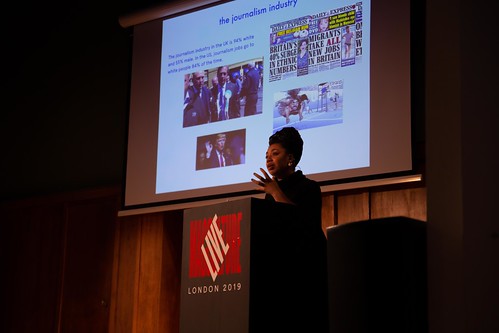 Gal-dem’s Charlie Brinkhurst-Cuff cut to the chase: ‘Not enough of us are in positions of power within the industry.’ By ‘us’ she meant people of colour, and especially women of colour. As well as talking about Gal-dem’s inspiring rise from self-funded indie to its current shape as a solid media platform with investment and a business plan, Brinkhurst-Cuff spoke with quiet anger about the impact of ‘hardline stances on migration’ since the 2016 Referendum, and the poor behaviour of media outlets such as the Daily Mail and Fox News.

Matt Willey’s presentation was moving and visually stimulating, starting with an account of his deafness and its impact on his education, but quickly moving to a non-stop vista of editorial design excellence, with his collaboration with Giles Revell (see article in Eye 66) and spreads and covers from Zembla, Port and The New York Times Magazine, where he has been working as art director under design director Gail Bichler for several years. Willey told Eye afterwards that he is planning to launch INQUE, a new annual literary magazine in the new year, yet another new shoot set to defy the forest fires of contemporary magazine publishing. 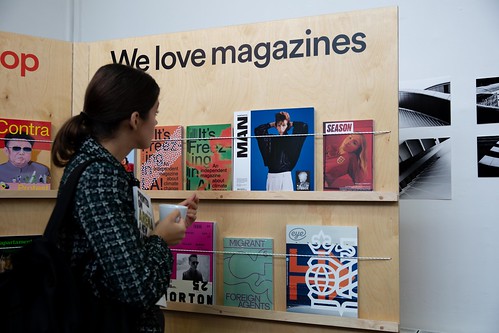