Postcards in the Bodleian’s book Menswear permit us to gaze at fashionable males of another era, decked out in smart suits and sportswear. 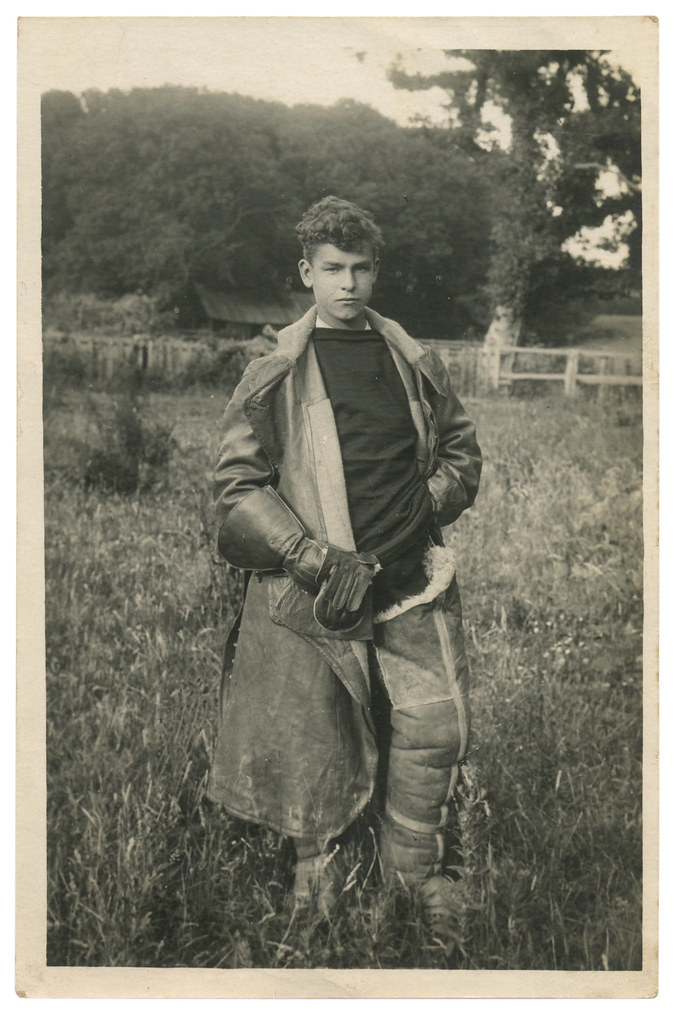 A remarkable collection of besuited individuals turned up to Huntsman, a gentleman's tailor in Savile Row, for the launch of Menswear.

The book, one of a series published by the Bodleian Library, is a compliation of photographic postcards showing fashionable chaps from the first half of the last century, decked out in smart suits, shirts, bowlers, bow ties and sportswear of all kinds. 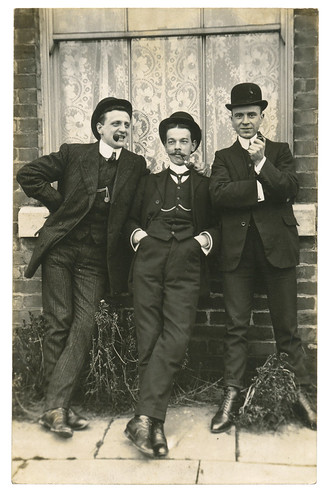 All the postcards are from a collection of more than 50,000 put together over the past two decades by the artist Tom Phillips. When the Bodlein acquired this archive, they began publishing themed volumes from with the subtitle ‘Vintage People on Photo Postcards’. 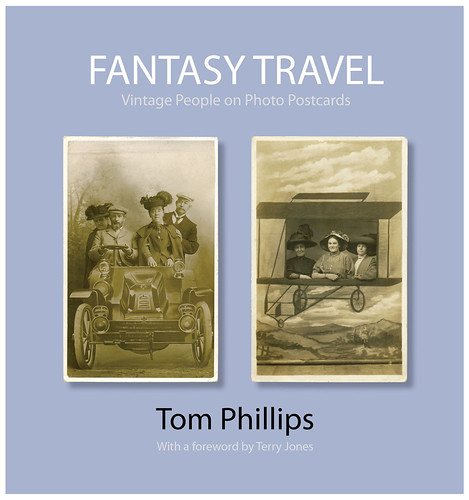 Other titles include: Readers, Bicycles and Fantasy Travel (above). However the books seemed somehow less ‘vintage’ in the setting of the Huntsman’s premises (below). 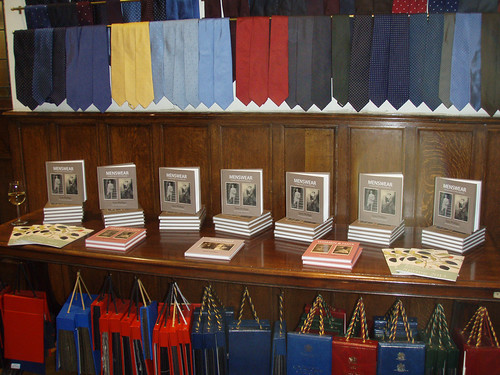 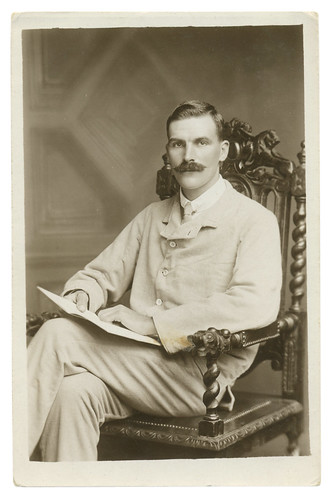 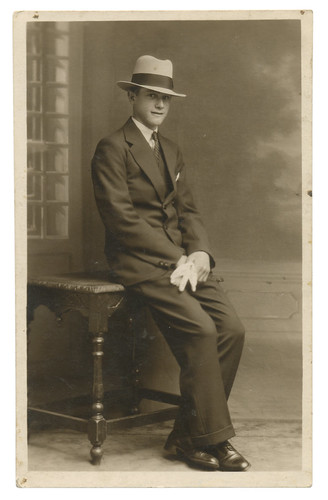 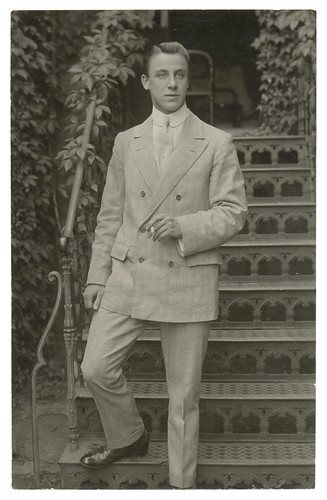 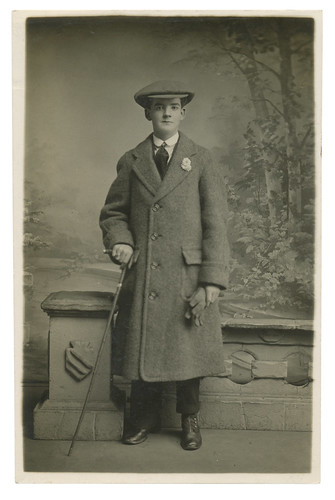 Picture postcards have always played an important part in Phillips’s work, and for some time he has led a ‘double life’ as a tireless collector – at one time he had an alternative business card which said ‘Tom Phillips, postcard collector’.

His book The Postcard Century (Thames & Hudson, 2000), which includes the texts from the reverse of the cards, was another manifestation of this passion, as was the 2004 exhibition ‘We Are The People’ at the National Portrait Gallery in London.

Eric Musgrave (left), at the launch with Tom Phillips. (Besuited artist Patrick Hughes is visible to the right of Phillips.) 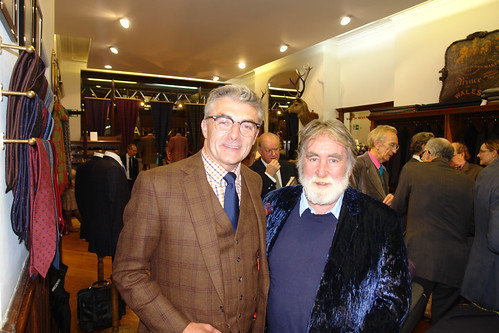 Menswear (Bodleian Library, 2012) has a foreword by Eric Musgrave, author of Sharp Suits. 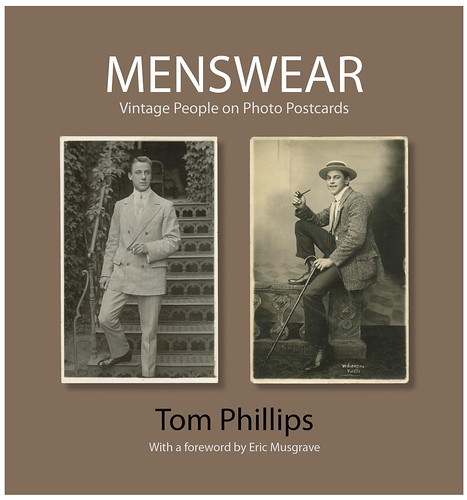 About our special correspondent

Blog Posts By our special correspondent