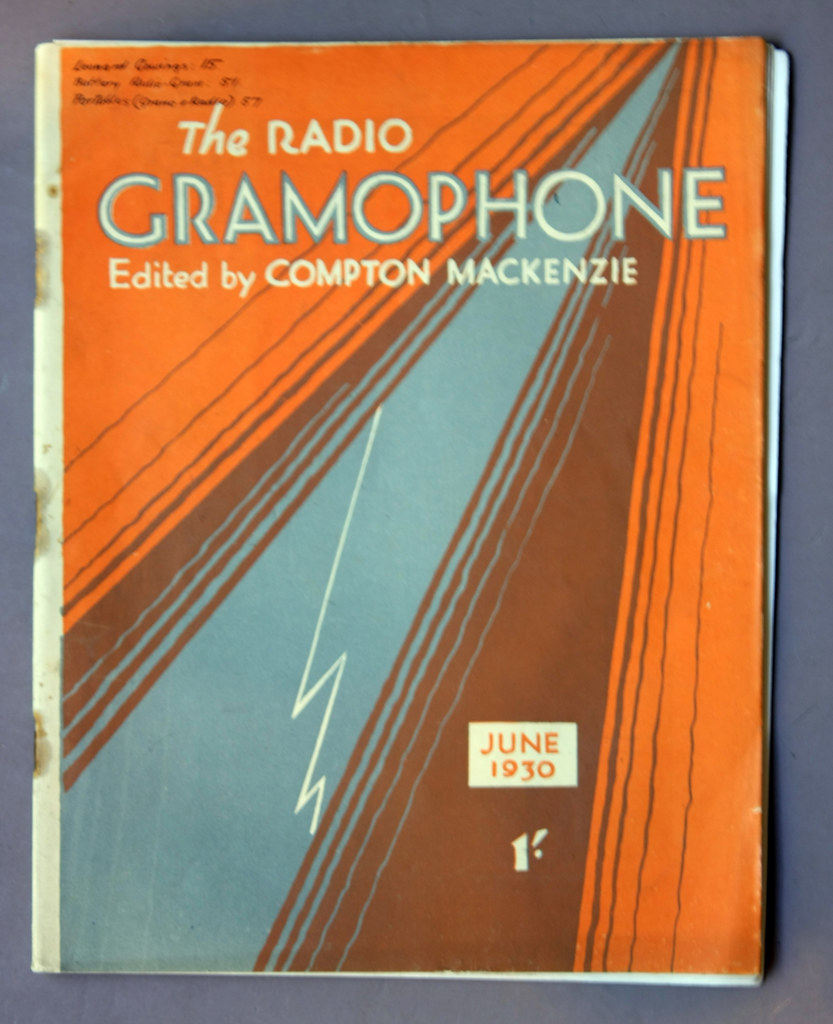 A kind neighbour dropped round with two music magazines published in June 1930: Gramophone and The Gramophone Critic, writes John L. Walters. The former still thrives (now owned by Haymarket, one of Eye’s former owners) as the monthly ‘bible’ of classical music, but in its early years it was a more general magazine aimed squarely at early adopters for the latest music media and technology: radio and record players.

The Gramophone of June 1930 didn’t specialise in classical music repertoire – its remit included the popular music and jazz of its day. 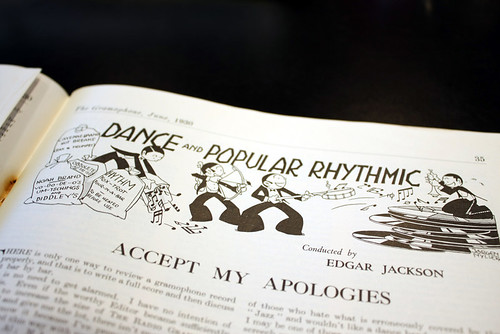 It was a kind of technology / software title (more Wired than Melody Maker), full of tips about how to look after your needles, and ads for the latest gramophones (phonographs in the US) and soundboxes (below). 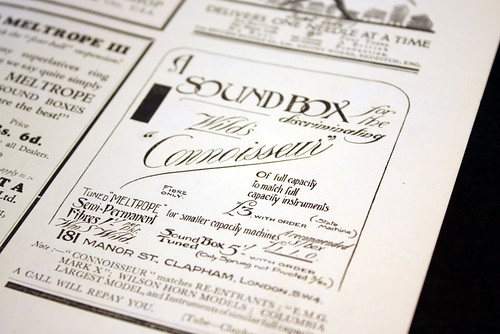 There’s little innovation in its layout and typography, which is typical of its time with small half-tones and cartoons for regulars, though an article about building your own battery-operated radio gramophone is illustrated by graphs and circuit diagrams (below). 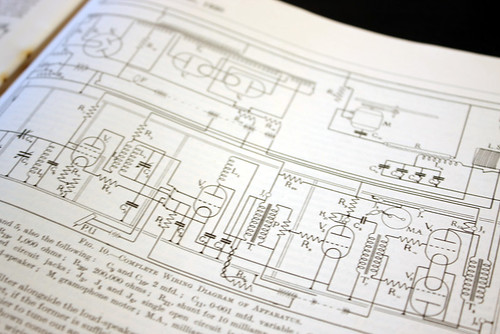 The most striking visual element of Gramophone is its two-colour cover (top): no cover lines apart from the price and a credit for its famous editor: a hand-made illustration that implies radiating electromagnetic or audio waves – an invocation of technological progress whose nostalgic appeal has been recycled several times since then. As has the deco cover of this rival magazine (below). 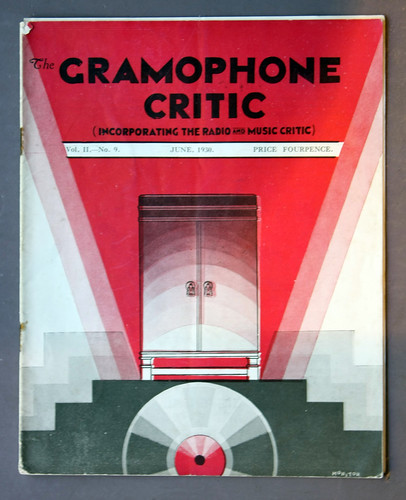 The Gramophone Critic (above) is more downmarket – cheaper (at fourpence) and packed with ads and celebrity caricatures (below). 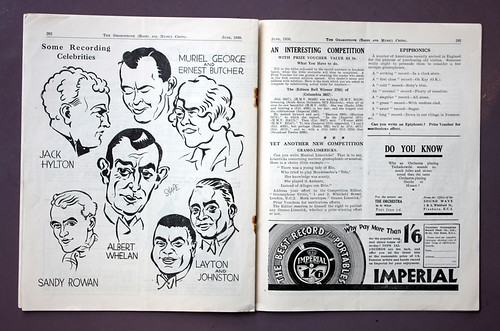 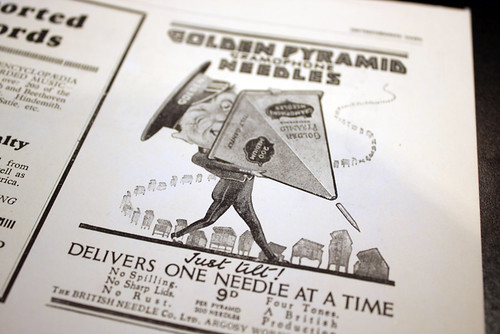 There’s a survey of portables (headlined ‘Movable Feats’) and technical reports ‘by our expert committee’. The letters page throws up the usual array of obsessives and new-media fundamentalists. Correspondent Arthur F. Thorn notes earnestly: ‘The concert is a distressing and uncomfortable survival of those dark ages of musical performances when great art and interpretation were wrested upon a mere handful of people … All this crudity will pass. The gramophone and wireless will see to that.’

Gramophone founder / editor Compton Mackenzie expresses enthusiasm for the forthcoming player piano supplement (more new tech) filing his long editorial from a tour of Scotland and the islands, where he is travelling with the 1930s equivalent of the iPod – a ‘portable’ that weighs 22.5 lb. 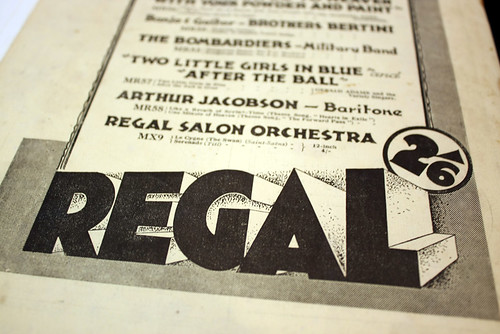