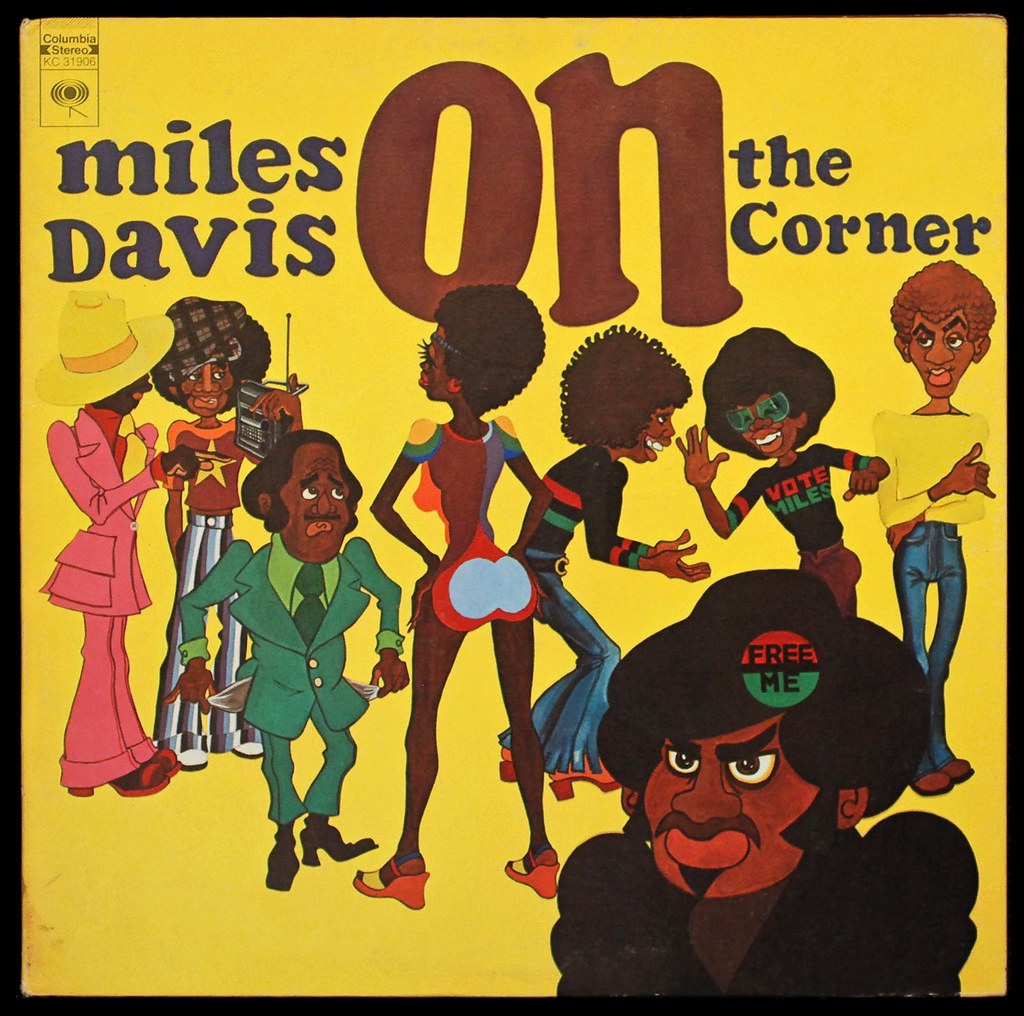 For our music design special issue (out now), Eye talked to Hardformat’s Colin Buttimer about the rise and rise of the limited edition release (see ‘Pack shots’ in Eye 76).

We quoted Buttimer speaking about his sense of regret that the costly special edition ‘militates against the industrialised democracy of popular music, the idea that once can own an original piece of art at an affordable price’. Here’s a fuller account of his feelings about the changing role of music design and packaging, and the way it affects how we consume music.

Top: On The Corner, Miles Davis (1972). Colin Buttimer: ‘Miles was allegedly aiming for the youth market hence, perhaps, this cover design … One of my desert island choices. I love the disjunction between the imagery and the atonal acid funk attack of the music.’

Below: Grow Fins, Captain Beefheart and the Magic Band (1999). CB: ‘Those purples, reds, oranges, golds make my head hum like an intense trip at sundown after a long, hot day. The music is a rag-bag assortment for Beefheart afficianados only, but if you count yourself one of the brethren, run don’t walk …’ 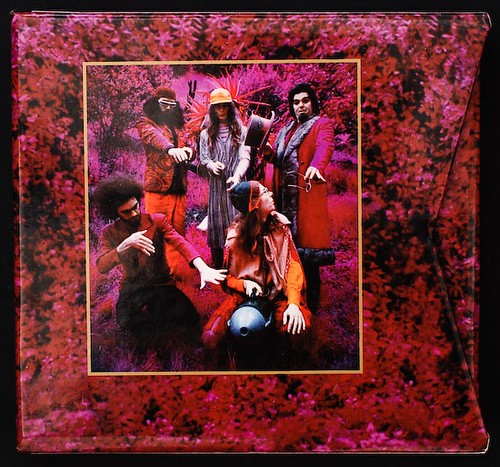 ‘Hardformat is a classic labour of love, set up initially with Justin [Amphlett] who, if memory serves, responded to a comment on my personal blog. It’s there as a small celebration of the visual pleasure associated with music. It's also intended to highlight the splendid diversity of possible solutions to the challenge of how to package music. There are far too many websites out there focusing on the kitsch element of bad record covers. 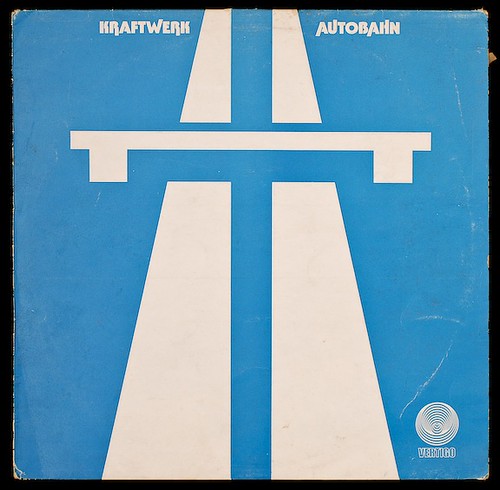 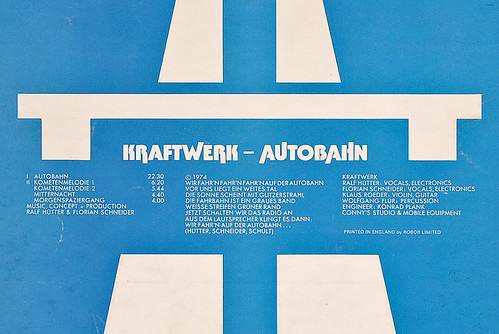 ‘The evolution of music design is a biggie! Clearly and perhaps inevitably there’s been an increasing emphasis in the past few years on the expensive limited edition a la Vinyl Factory and the Pixies’ Minotaur. Although it's resulted in some beautiful work, I guess I’m somewhat sad that it militates against the industrialised democracy of popular music, the idea that one can own an original piece of art at an affordable price. It may sound ridiculous, but I felt something like that at the age of eight when I held my father's newly purchased copy of Kraftwerk’s Autobahn (above), a sense of wonder at the combined impact of the utterly familiar and strangely alien iconography of the motorway symbol and the new, synthetic sounds emanating from the record player. I doubt the experience would have had half the impact without the cover. 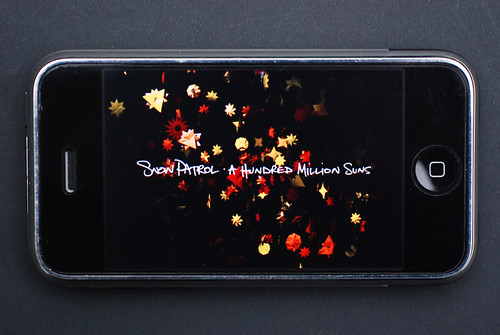 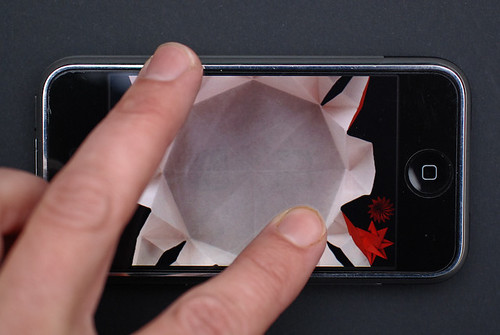 ‘There’s a book to write about the impact of the internet on listening and acquisition habits, but it would of course be out of date before it was finished. I know that I’m ultimately grateful for the internet because it enables me to listen to so much music that I would otherwise be unable to afford. I had a hope that the web might provide some potential for extending or providing a counterpoint to musical narrative, but that didn't really happen. I liked Snow Patrol’s A Hundred Million Suns iPhone app (above), but I’ve not seen anything that's developed that further - which is either a shame or my failure to keep a proper eye on that area. The iTunes album format seems dead in the water and was apparently merely a sop to record company demands anyway.

‘So it's down to the smaller labels, mostly, to make us objects that we can treasure.’

Below: Anthology of American Folk Music, edited by Harry Smith (reissued on CD in 1997). CB: ‘This is an absolutely delightful object, both in design and musical terms.’ 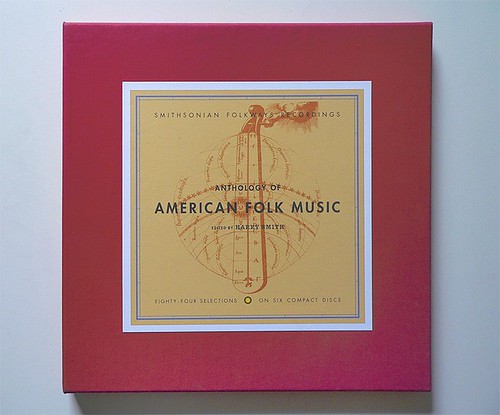 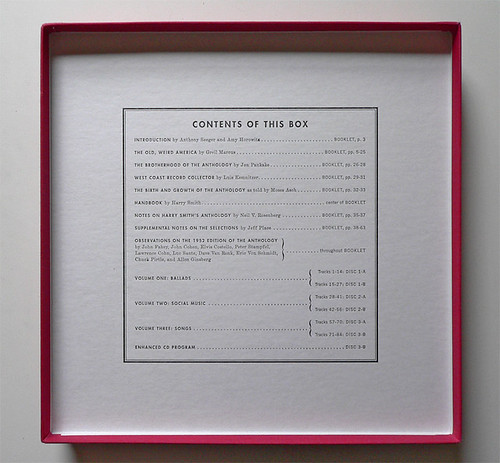 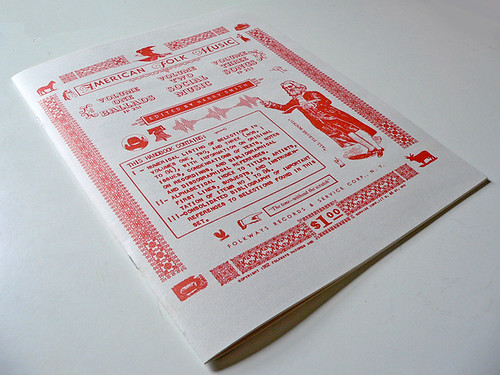 See regular updates on Hardformat.org – you can also follow Colin on @eleventhvolume.