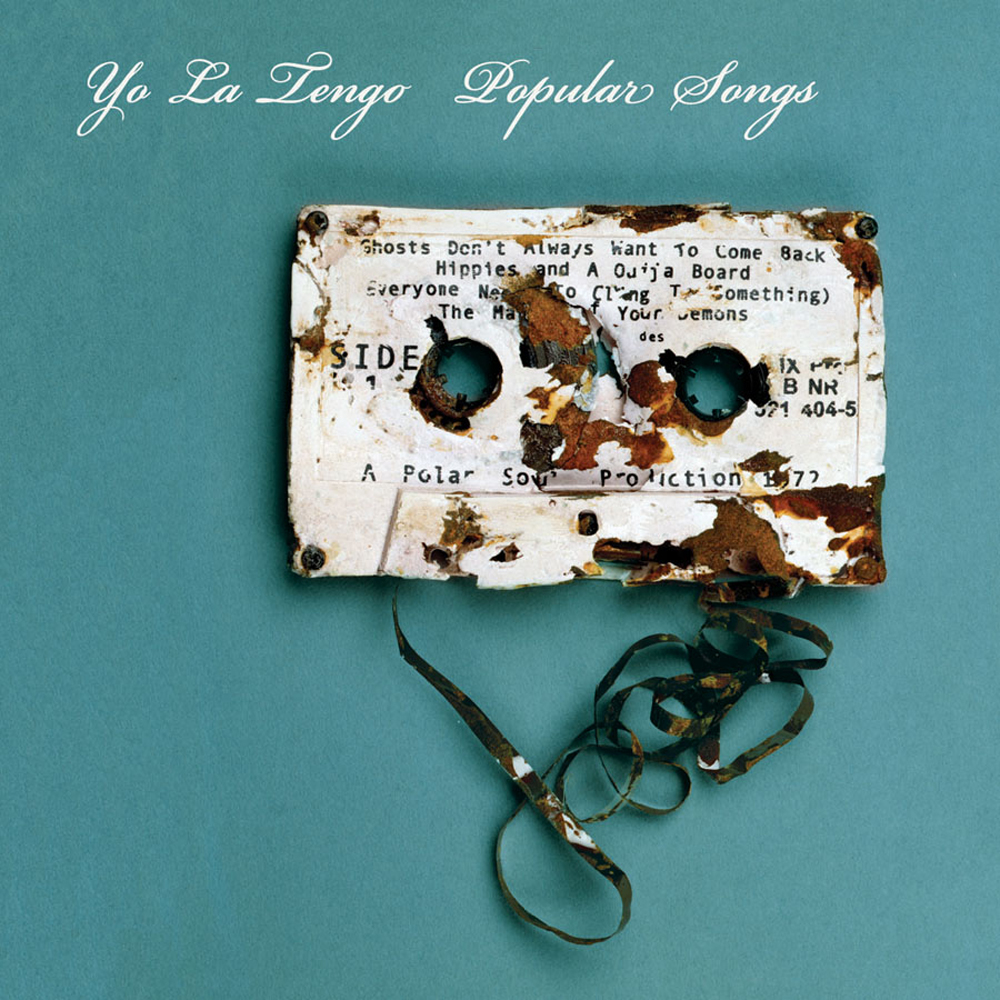 Formats come and formats go (and MP3s are going the way of cassettes now that we have room for ALEs), but vinyl has had a surprisingly long afterlife, writes John L. Walters.

And so has the dying artform of sleeve art, which keeps lurching to grab our attention like one of Michael Jackson’s dancing zombies.

Best Art Vinyl 2009 is an award scheme designed to promote the year’s best cover designs. Go to the Art Vinyl website and you can nominate your choice of three outstanding vinyl releases.

According to Art Vinyl’s Andrew Heeps, the quantity of vinyl releases has been increasing steadily since he launched the scheme five years ago. ‘The idea is to have a snapship of music-related art for each year, and create a bit of debate,’ says Heep, noting the heat generated by last year’s winners on the CR Blog: two of the Art Vinyl 2008 winners were recycled old masters. 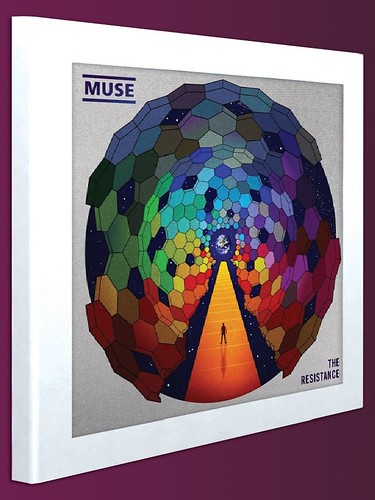 However Heeps, whose company makes the patented ‘Play & Display Flip Frame’ that allows people to hang their records on the wall (above), notes that, ‘by default, they’re likely to be a limited edition.’ The awards are for new covers, rather than newly pressed oldies, though Heeps wonders ruefully whether they should have included the Kraftwerk re-issues, which employed reworked or new artwork of their classic vinyl covers from the 1970s and 80s. 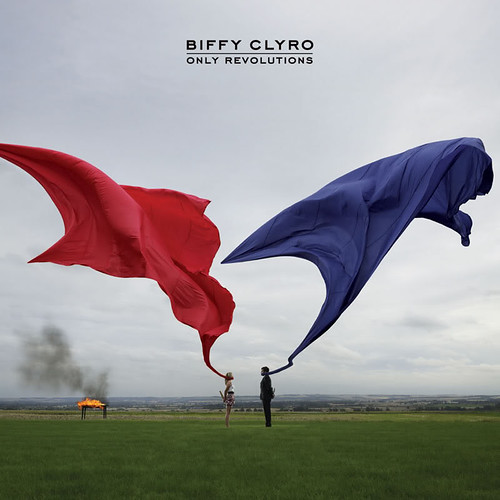 A shortlist on the Art Vinyl website, selected by Mark Sinclair (Creative Review), Spencer Hicks (Rough Trade) and John Doran (The Quietus), includes 50 examples of contemporary LP art, with a healthy mixture of big names and relative newcomers (both designers and musicians). Storm Thorgerson is in there with his photographic cover for Biffy Clyro (above), as is Mark Farrow with a stylish tick for Pet Shop Boys (below). And they have to be genuine twelve-inch sleeves. One of the nominations, Three Fact Fader by Engineers, was rejected when it was discovered that it would not be released on vinyl.) 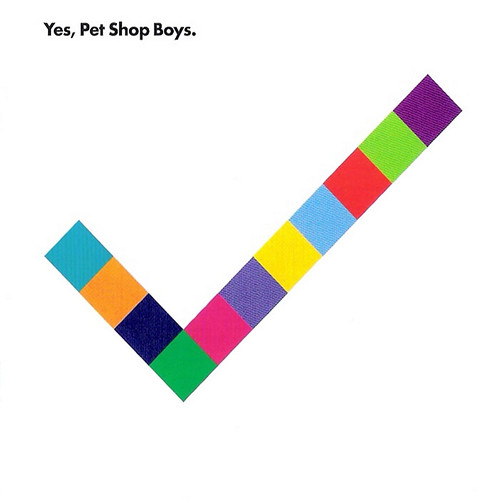 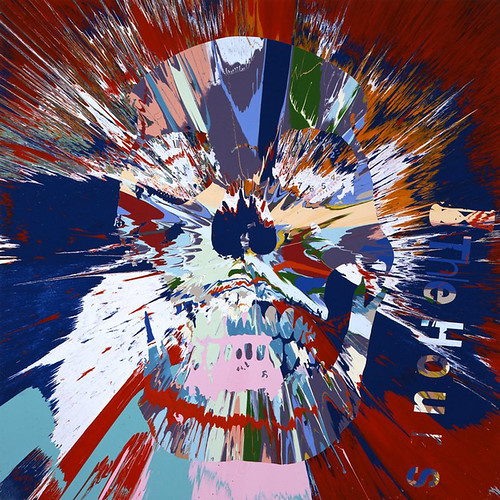 On the other end of the (turn)table there’s the irrepressible Damien Hirst (sans Barnbrook), who hedges his bets by crossing a skull with a swirl painting for The Hours (above). Smith Westerns’ S/T (HoZac) go one better than Fleet Foxes and Coldplay by combining a classical painting with an inverted, cut-up Nevermind (below). There are other contrasts: The XX’s brutally simple XX (Young Turks / XL) and the subtle monochrome cover for White Lies’ To lose my life – difficult to appreciate on iTunes, but Heep says: ‘When you see it on the wall it looks stunning.’ 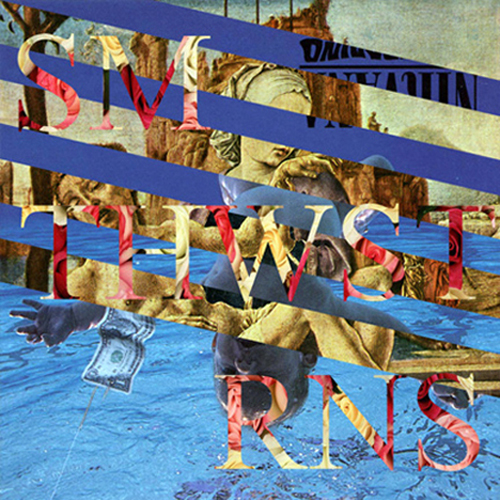 Jazz, World Music and classical music covers are conspicuous by their absence. Heep is only too aware that famous jazz covers are one of the cornerstones of art vinyl collections, but few specialist companies can afford to issue new material on vinyl. So it was pleasing to see that Portico Quartet announced a vinyl version of their new Real World album Isla (with drummer Duncan Bellamy’s artwork) when I reviewed their gig at Camden’s Koko last week.

You can see 35 of the nominated covers at the Art Vinyl Gallery in Gordon’s Café on the first floor of Selfridges, and all 50 at Snap Galleries in Brimingham (B24 9FD) and Georges House Gallery in Folkestone (CT20 1RL). Heep is keen to point out that voters needn’t restrict their votes to the experts’ nominated covers, and expects a few surprises. But please don’t just vote for your favourite band, however terrible their artwork – you’re voting for the design not the music!