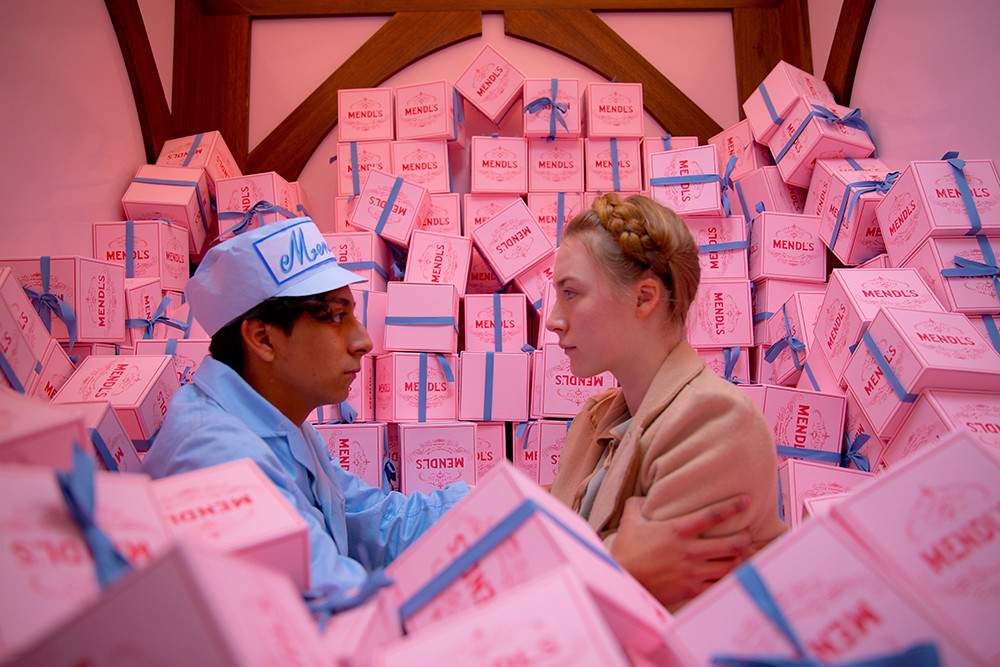 The Offset conference has a well earned reputation as an egalitarian event with a uniquely Irish quality; there are no VIP areas or Green Rooms. All attendees are given the opportunity to socialise with each other, usually over a pint, writes Anna Kealey.

In every year since its inception in 2009, the conference has an impressive, international line-up. This year, designers Sue Murphy and Annie Atkins will make their main stage debuts. Highlights will include Atkins’ work as head graphic designer on The Grand Budapest Hotel (top). Murphy is flying from San Francisco to talk about her campaigns for IBM at Ogilvy & Mather, and her new job at Wolff Olins. 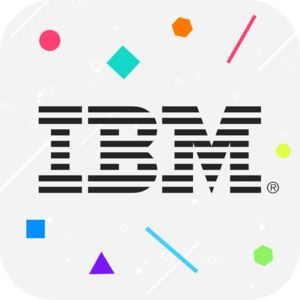 Irish designers working in Ireland and aboard are beginning to get the attention they deserve, thanks in part to conferences such as Offset. Annie Atkins was born in Wales but considers Dublin her home and a source of inspiration. For many young Irish designers working abroad, coming to the city for Offset is a an important homecoming.

For example Caoimhe O’Byrne, an Irish art director currently based at Zago in New York, decided to come back to Dublin for the event last year. ‘I miss the sense of community sometimes. But I knew I had to move abroad to help my design career.’

Every match of the US Open generated its own song. Sue Murphy commissioned five illustrators – Karan Singh, Will Bryant, Skipp Hursh, Andrew Wagner, Mike Lomanto – to create an illustration for each song. 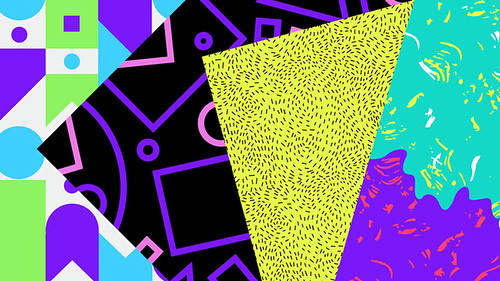 Sue Murphy’s design career began in Amsterdam at Edenspiekermann. She says that in Dutch, there are two words for designer: ‘vormgever’ which literally translates to ‘form giver’ and ‘ontwerper’ which encompasses the more of the conceptual aspects of design processes.

Murphy is a multidisciplinary designer – she jokingly describes herself as a ‘weirdo misfit’ – and encompasses ‘vormgever’ and ‘ontwerper’ in equal measure. She was inspired by the description Lisa Smith (now Murphy’s creative director at Wolff Olins) gave of the people she likes to hire: ‘Don’t conform; be disruptive and unexpected. A mix of skills will make better stuff. A melting pot is exciting and brings a unique perspective.’

Poster design as part of the Think x 20 patent celebration, one of twenty posters created by Ogilvy & Mather for IBM. 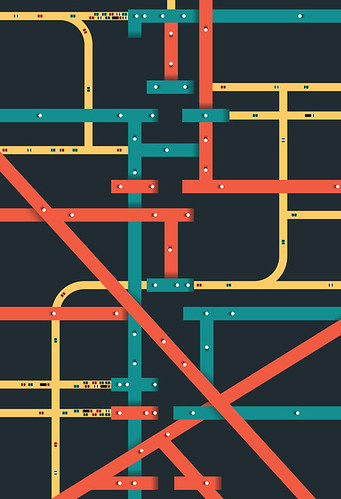 At the beginning of her career, Murphy struggled with having ‘ideas bigger than my own hands could make’. Now at Wolff Olins she has the opportunity to work with larger teams across various disciplines. She believes in allowing the design concept to dictate the project’s outcome. An open brief about promoting data and the cloud for IBM led to the work she is most proud of – a project with American musician James Murphy (no relation) called US Open Sessions.

A fold-out poster promoting the live event at the US Open features musician James Murphy. 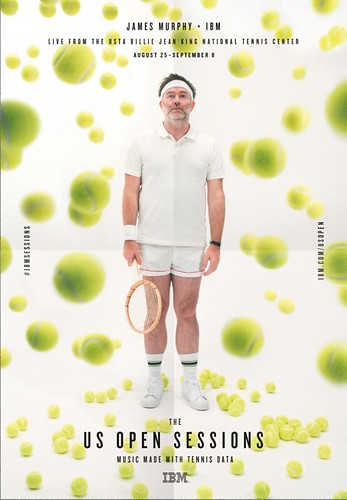 The experimental project turned tennis data collected via the IBM Cloud into more than 400 hours of music. Los Angeles based production agency TOOL created the algorithm using the data, which James Murphy helped translate into music. The result was diverse and vibrant design work across offline and online spaces – an interactive website, brand art and campaigns, an exhibition space at the US Open and branding for posters, tracks and videos. These open conceptual briefs could have been daunting for a less experienced designer, but Murphy’s Offset talk on Sunday should help de-mystify the process and offer insights into a world that many young designers have yet to experience.

Still from The Grand Budapest Hotel. 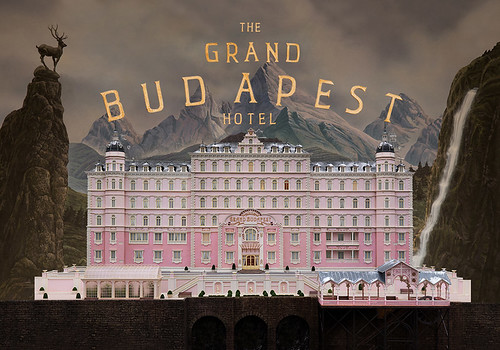 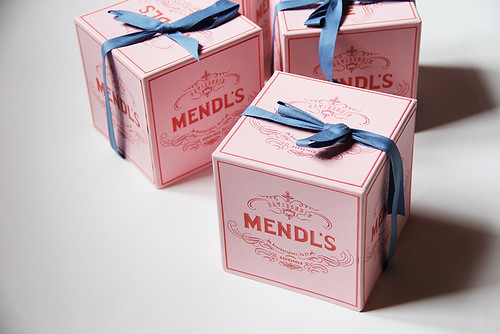 Annie Atkins’ Offset talk also promises an insight into her worlds – from the fictional Republic of Zubrowka to the dirty streets of Victorian London. She is best known for her designs for The Grand Budapest Hotel, directed by Wes Anderson. ‘In The Grand Budapest Hotel the designs are very much at the forefront of the movie, and the graphics got a lot of attention because of the way Wes chose to shoot them.’

The designed objects have almost transitioned from props into characters in the audience’s minds, including her pink Mendl’s boxes that have become such design celebrities that fans recreate them for sale on Etsy. (She isn’t bothered by the plagiarism. She is rather touched.)

Atkins plans to focus much of her attention during her Offset presentation on other overlooked aspects of design in film and TV: ‘I want the audience, especially the younger designers, to understand that almost all films and TV shows have graphic designers working on them – it’s just that sometimes that work goes unnoticed.’ Examples of this include her beautiful imitation letterpress posters for the TV show Penny Dreadful, ‘Once these posters are on the screen it’s just a wide shot of the street so the audience doesn’t notice them, but these pieces go towards creating an atmosphere of Victorian London for the cast and crew. When people walk on set and they feel like they’ve walked into another world, that’s rewarding.’ 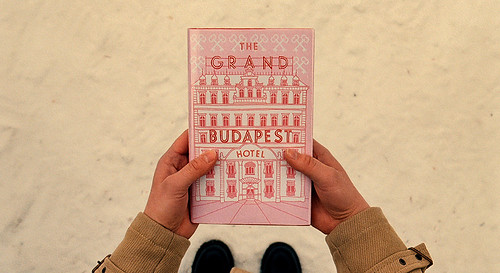 Atkins says that when she began her filmmaking Masters degree at University College Dublin, she didn’t understand how much graphic design is involved in filmmaking. Conferences such as Offset offer the opportunity to broaden the scope of conversations about design beyond finished artefacts. As young designers begin to realise the possibilities beyond traditionally perceived spaces for design it will expand their perceptions of what design (and their careers) can be.

The head painter putting the finishing touches on the East End streets of the set for Penny Dreadful. 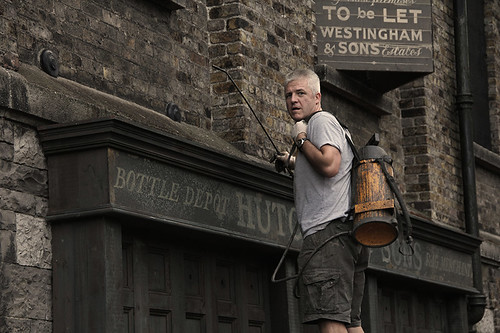 Annie Atkins designed imitation letterpress posters for the set of Penny Dreadful, which included writing the copy that makes reference to diseases, felonies and cocaine use. 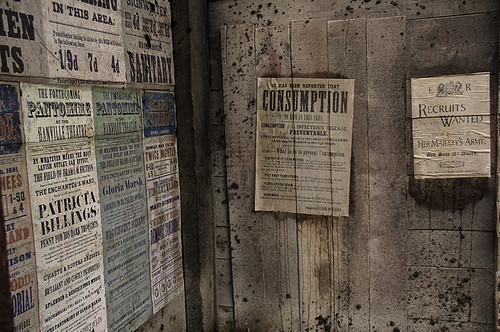 As an Irish person working in design, having a leading creative conference in Dublin can feel almost perfect – except for the gender balance. This year, thirteen men will go on stage, compared to six women. This ratio is not uncommon. Offset is doing a far better job at representing female designers than most other creative conferences, and an improvement on previous years; three years ago, just two of 24 speakers on the main stage were women.

‘I'm not sure if the organisers will remember,’ says Atkins, ‘but I Tweeted at them about how disheartening that was.’ The organisers replied saying they don’t consider gender quotas when choosing speakers.

Right after Tweeting, one of Atkins’ male colleagues mentioned that he remembered there being ‘lots of women speaking the previous year.’ For a moment Atkins thought she may have been mistaken, until her friend followed up saying the figure was ‘at least four or something.’ She told her friend that ‘four women out of 24 is not a lot!’ 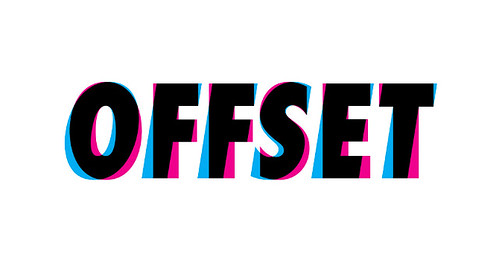 I have huge respect for the organisers of Offset and don’t doubt that they believe their short-listing approach is based on merit. There are myriad reasons why there are so few female speakers at creative conferences – some of which are indicative of larger issues within the design industry.

Whatever the reasons, the numbers speak for themselves: of the archived videos of Offset’s Vimeo page, 86 feature solely men while only seventeen feature solely women (23 of the videos feature a combination of men and women). ‘My fear is that women are asked to talk at things but that they turn these opportunities down,’ says Atkins, who qualifies this statement by saying she doesn’t have much evidence to work on.

‘So I guess this is my long way of saying there was absolutely no way I was going to turn Offset down!’

Another event planned for the conference weekend will be the announcement of work to be included in the newly established ‘100 Design Archive’, which aims to become a visual representation of Irish design. Sue Murphy sits on the panel and has been asked to help in the selection process. The archive lets the work speak for itself. And the ratio of women to men in the ‘100 Design Archive’ is encouraging – approximately 3:5.

If Offset attendees have any thoughts about the lack of female representation at design conferences, please approach me this weekend. I hope that Offset will continue to increase the number of female speakers in future. In 2012, Paula Scher opened her presentation by thanking the organisers, adding: ‘I can’t help but notice I’m the first women on this stage.’ She continued to ask, through almost-deafening audience applause, ‘It’s time, no?’ 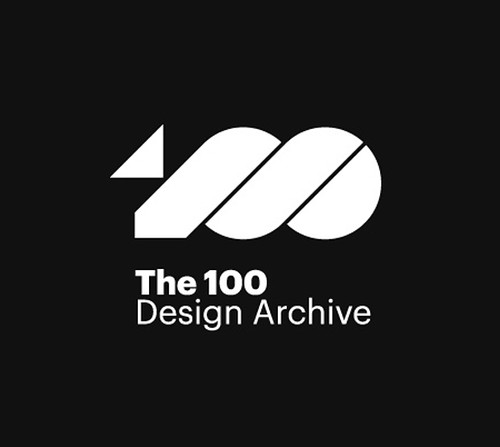 Other Articles By Anna Kealey