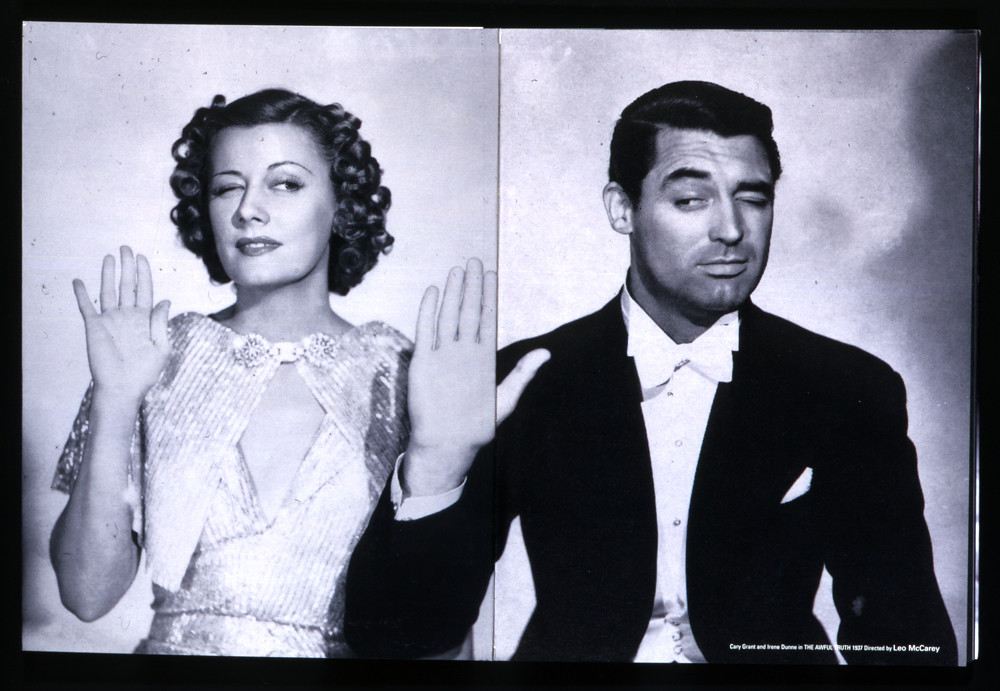 ‘I’m a creative director. I work with photographers. Years ago I said design is a piece of piss. Design is something that shouldn’t be complicated.’

Tomorrow a new show opens in London celebrating more than three decades of i-D magazine in the wake of Taschen's recent cover anthology. Here are a few images and extracts from Eye’s Reputations interview with the title’s founder, art director and owner Terry Jones in 1998. 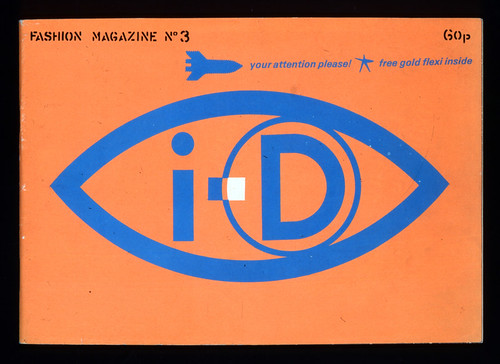 Terry Jones (b. 1945) studied graphics at the West of England College of Art at Bristol but left – as a matter of principle – before qualifying when a favourite tutor [Richard Hollis see Reputations in Eye 59] was ‘dismissed’. His first job was as Ivan Dodd’s assistant and in 1972, following stints at Good Housekeepingand Vanity Fair, he became Art Director at English Vogue for five years.

In 1980 Jones launched i-D, whose subject matter and graphic style have had a huge influence on magazine and advertising design. Starting as a home-produced, stapled-together fanzine with a rough-and-ready approach to ‘instant design’, i-D has evolved into a fat glossy, acting on the way as a training ground for young journalists, designers and photographers. His work has been documented in Instant Design: A Manual of Graphic Techniques (Phaidon, 1990) and Catching the Moment (Booth-Clibborn Editions, 1997). 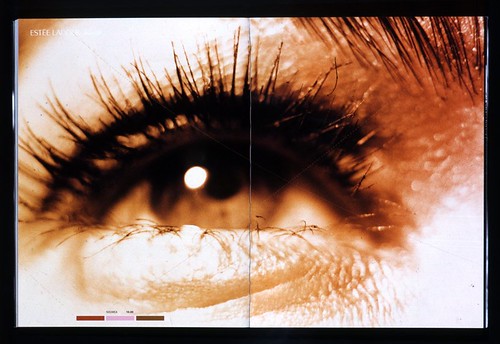 In 1984 Jones enlisted the help of Time Out publisher Tony Elliott to turn i-D into a more commercial newsstand product. In 1996, after several years spent concentrating on advertising art direction, Jones decided to take a more hands-on approach to i-D, and has subsequently steered the design-led monthly back towards fashion, while retaining a puckish, punkish originality in style and content, throwing material together quickly in the manner of a low-budget film. 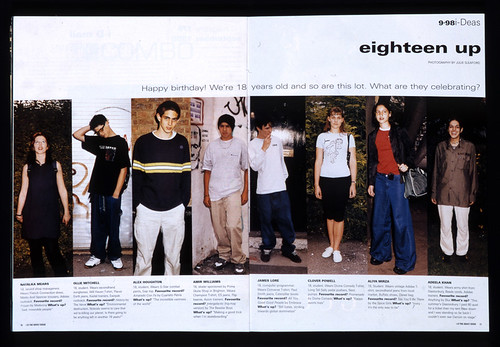 Jones insists that ‘fashion is a game’, and a playful, competitive spirit informs his work, his life and his conversation. 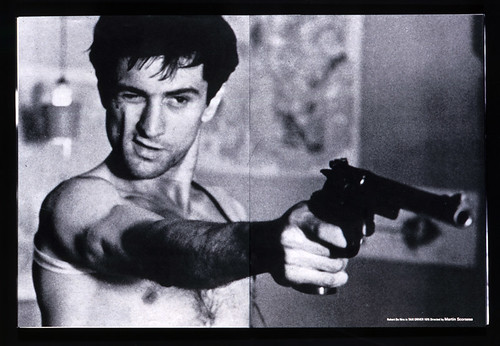 ‘I never really thought about the distinction between being an artist and doing something commercial. Yet I saw people who had really taken one idea through for years and done it so brilliantly. My ideas were temporary – I’d always be on to the next thing. There was a guy called John Sharkey (see Eye 20) who was a poet and I was producing a concrete poetry magazine for him. We did an exhibition in Oxford where I was painting these six-foot letters and I was discussing with him my idea of Nuclear Art … in space. We had this huge argument … I was more into the debate of art than seriously living it.’ 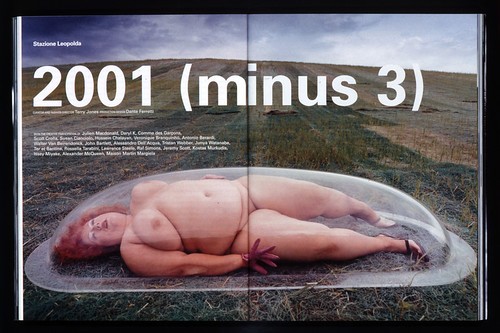 ‘Graphic design I always saw as being like carpentry. It’s a trade. I wasn’t an illustrator and I wasn’t interested in applying myself to an aesthetic that was already established. I was interested in creating an aesthetic through experimenting, like blowing up lines or using other methods of graphic manipulation.’ 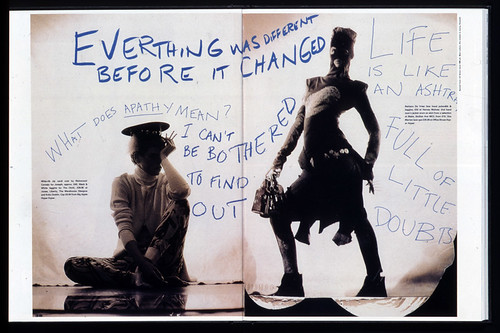 ‘I’m a creative director in the sense that I work with photographers; I work with teams of people. Design for me is the icing. Years ago I said “design is a piece of piss” … design is something that shouldn’t be complicated.

‘When I did the Catching the Moment book I put in the spreads of the last issues of Vogue and the spreads that we were doing of i-D at the time and the “design ethic” of doing them was almost the same. The image has to come over much more strongly than the design. It’s back to simplicity.’ 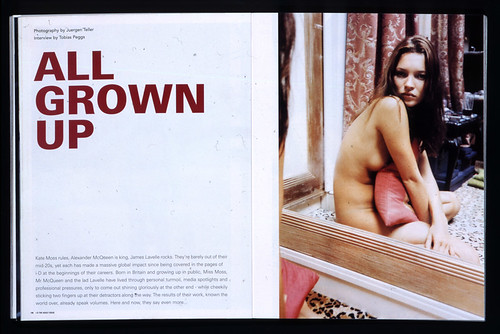 ‘In any process of communication you stretch the boundaries and you go to the edges and I think we did that with i-D just for the fun of doing it.

‘Fashion is something I enjoy because it’s transient. It’s something that marks a moment in time and it takes on a level of importance because the time in your life is important, whether it’s to do with music or smell or taste or clothes. Clothes are the outward expression.’ 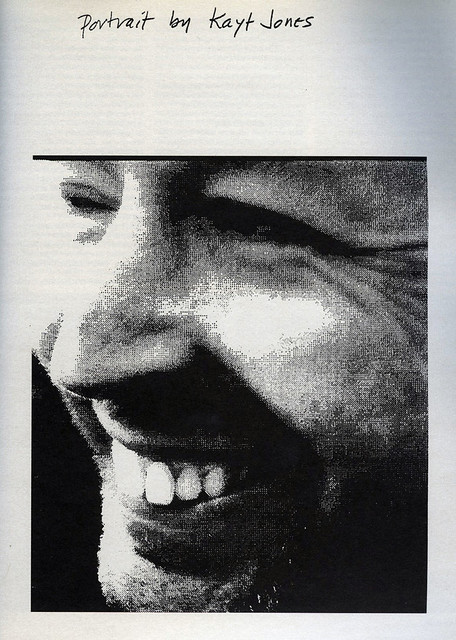 i-D covers 1980-2010, published by Taschen, Nov 2010, looks back over 30 years of the magazine and features many of its famous covers. The ‘i-D NOW’ pop-up show at the Red Gallery traces the magazine’s evolution from stapled fanzine to glossy mag. 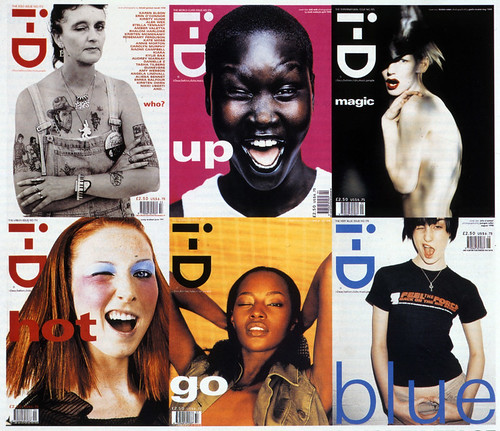 Eye is the world’s most beautiful and collectable graphic design journal, published quarterly for professional designers, students and anyone interested in critical, informed writing about graphic design and visual culture. It’s available from all good design bookshops and online at the Eye shop. For a taste of the new issue, see Eye before you buy on Issuu. Eye 80, Summer 2011, is out now, featuring a Reputations interview with Robin Kinross of Hyphen Press.