The Writing on the Wall

A ‘replica reissue’ of The Writing on the Wall’, designed by Pearce Marchbank, delivers a gritty slab of mid-1970s graffiti 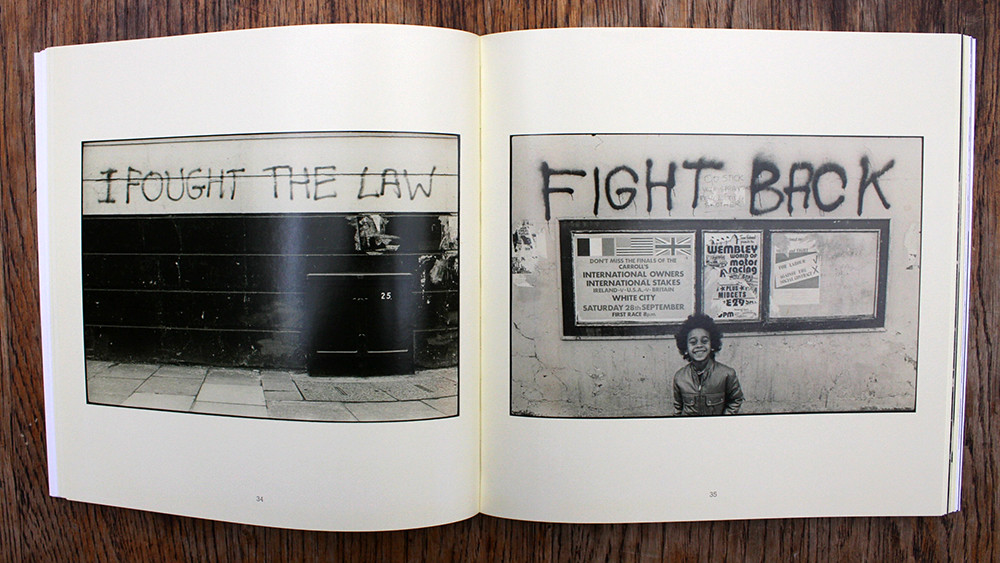 The Writing on the Wall (Plain Crisp Books) is a recent, Kickstarter-financed ‘replica reissue’ of a cult book from four decades ago, writes John L. Walters.

First published in 1976, The Writing on the Wall presents Roger Perry’s full frame black-and-white documentary photos of London graffiti, 98 pages presented without captions or commentary, topped and tailed by an eloquent introduction by cultural critic (and jazz-blues singer) George Melly and a two-page index that lists the London locations. 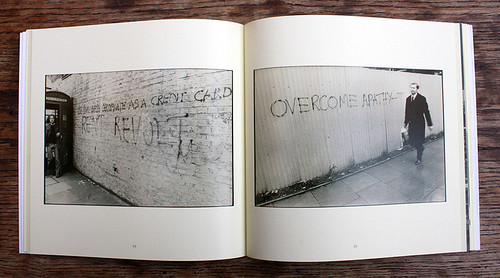 Melly writes: ‘Graffiti ranges from illiterate rage to sophisticated speculation. One element however is common to all. It’s a proof that the human being still exists.’ The new edition, pulled together by George Stewart-Lockhart, is proof that the book, originally published by Elm Tree Books in 1976, actually existed. Though The Writing on the Wall has been out of print for most of the past 40 years, its contents and photographic form have many contemporary resonances.

Spread from the 2015 edition of The Writing on the Wall showing composite image of trackside piece by members of King Mob, written by Dave Wise, Chris Gray, Don Smith, and Madeline Neenan, between Ladbroke Grove and Westbourne Park Underground stations, January 1968. 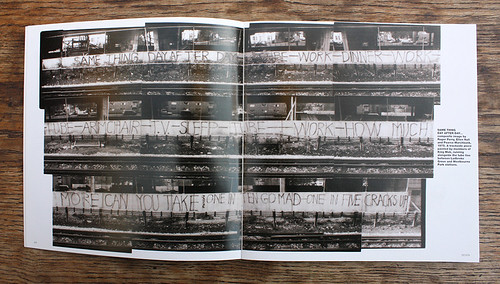 Stewart-Lockhart adds an abundance of new material, including a foreword by graffiti writer Bill Drummond and a long, illustrated introduction, which adds historical perspective to a time when the term ‘street art’ was rarely used. He has traced several of the writers, including playwright Heathcote Williams, responsible for ‘Don’t vote, vomit’ and Lee Thompson, aka ‘Kix’, who grew up to become the sax player in Madness. He has unpacked some of the more obscure statements, including ‘Cats like plain crisps’, which also gives his publishing company its name.

Music legend Drummond (co-founder of KLF, and the author of 45) rather optimistically describes graffiti as a kind of pre-web self-publishing: ‘Who would ever publish the words that I was trying to write? But there was nothing to stop me vandalising walls wherever I wanted with my words. People would have to read them.’ Melly’s original intro observes that ‘The wall is the medium of the politically frustrated,’ and quotes Philip Larkin’s ‘succinct, rather sad poem’ Sunny Prestatyn. 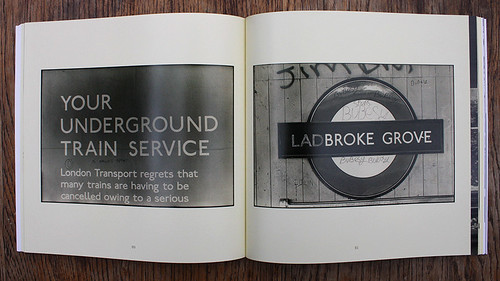 The last section of the new edition, ‘Behind the writing on the wall’ is string of reminiscences about Perry, who died in 1991. These include pieces by clients, collaborators, friends and lovers, including Perry’s wife Kate Bindloss, journalist Ian Jack and designer Pearce Marchbank, who produced many memorable covers for Time Out using Perry’s photos (see Eye 44), and who designed both editions of the book. 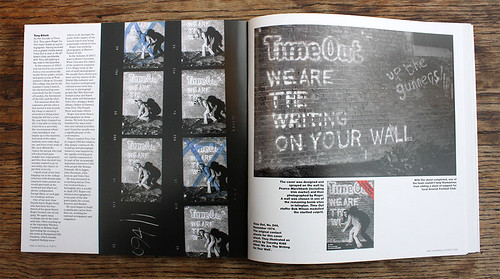 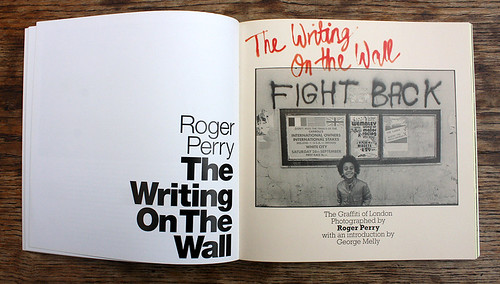 It might seem inappropriate to praise the clean design of a book with such deliberately chaotic and anarchic contents, but Marchbank’s art direction is exemplary.

Spread from 2015 edition showing Perry in the main picture. 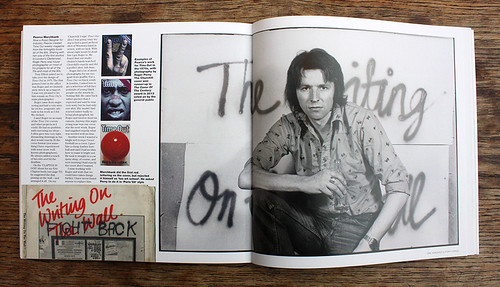 It’s a sign of the subtlety of his thinking that Marchbank rejected his own handwritten lettering for the book cover as being ‘too art school’ and asked Perry to do it instead (see above). 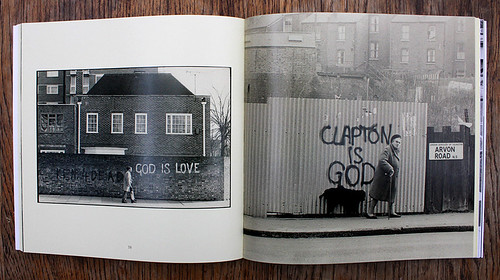 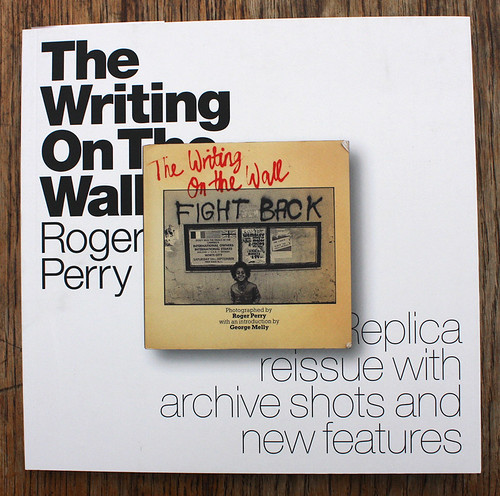