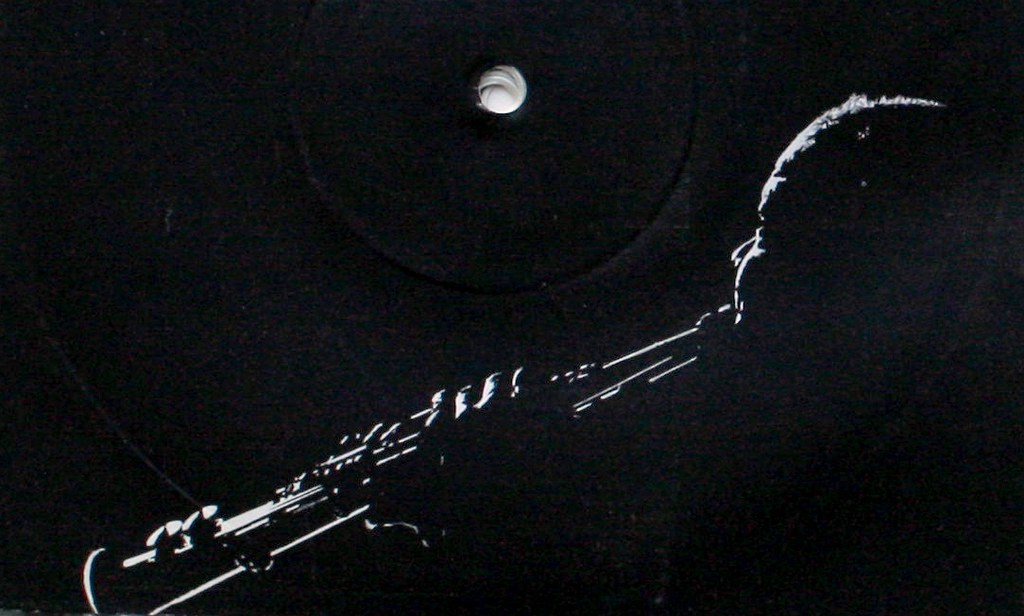 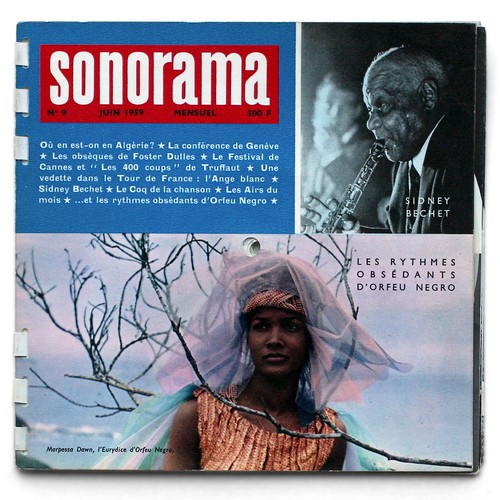 Also: a feature about recent conflicts in North Africa, a piece about a masked wrestler called ‘l’Ange Blanc’ (below) and a round-up of new music releases. 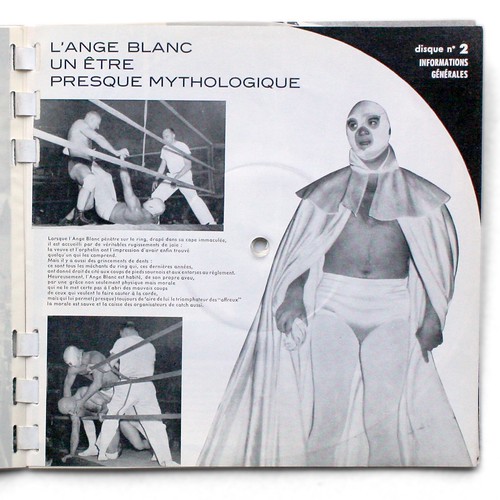 However there’s nothing digital about Sonorama, which I chanced upon in a Normandy flea market. This one, no. 9, is the June 1959 edition of the trademarked ‘magazine sonore’ published by Sonopress and edited by Jean-Pierre Castel between 1958 and ’62. You can still find them for sale online, too. 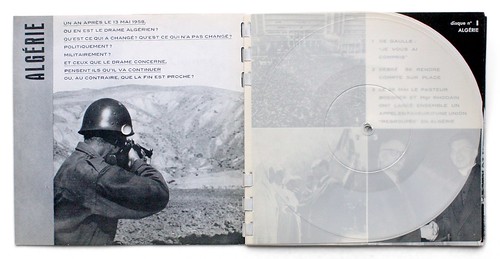 The audio element is in the six white flexi-discs interleaved between the printed pages and and then comb-bound into the square (7 x 7in) magazine. The entire issue can be folded back behind the disc and placed securely on a record player, thanks to a spindle hole through all the pages (which also reminded me of the bullet hole in Push Pin Graphic no. 54 – see ‘Look away’). 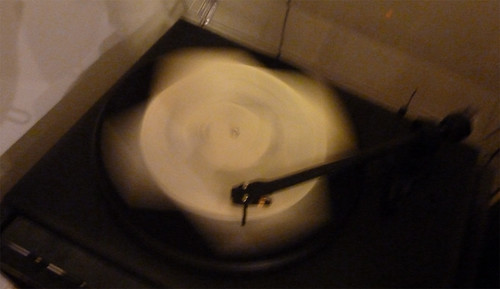 Flexi-discs are usually thought of as a 1960s phenomenon, sent out to fan clubs (such as the Beatles’ one) and stuck to the front of music rags such as the NME, so Sonorama is a distinctly early (and upmarket) use of the new technology. Stick the mag on a turntable (above) and it yields the sounds of De Gaulle, crowds, singers and saxophones alongside a dusting of surface noise. 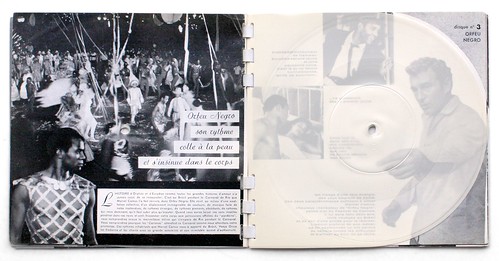 Sonorama is more curiosity than treasure, and its design and contents are perhaps not as interesting as the boldness with which the elements are put together. Nevertheless there’s a welcome musical treat in the third disc (see above and below), which features music from  Marcel Camus’s masterpiece Orfeu Negro [Black Orpheus], set in the Rio carnival. At the time of Sonorama 9’s publication the movie had just won the Palm d’Or at Cannes. 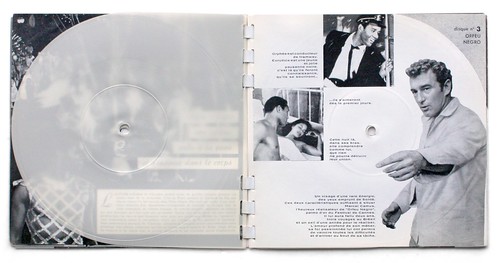 Antonio Carlos Jobim and Luiz Bonfá’s haunting soundtrack (later to captivate the world as Bossa Nova classics), was little known outside Brazil in the summer of 1959.

With songs such as ‘A felicidade’ and ‘Manhã de Carnaval’, the musical multimedia of Sonorama no. 9 offered its readers / listeners a taste of the future in more ways than one. 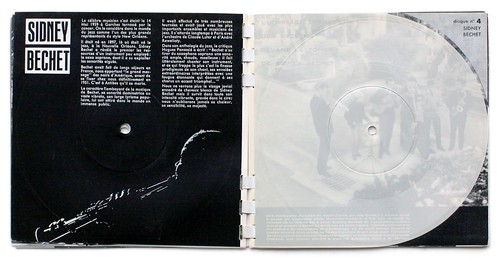