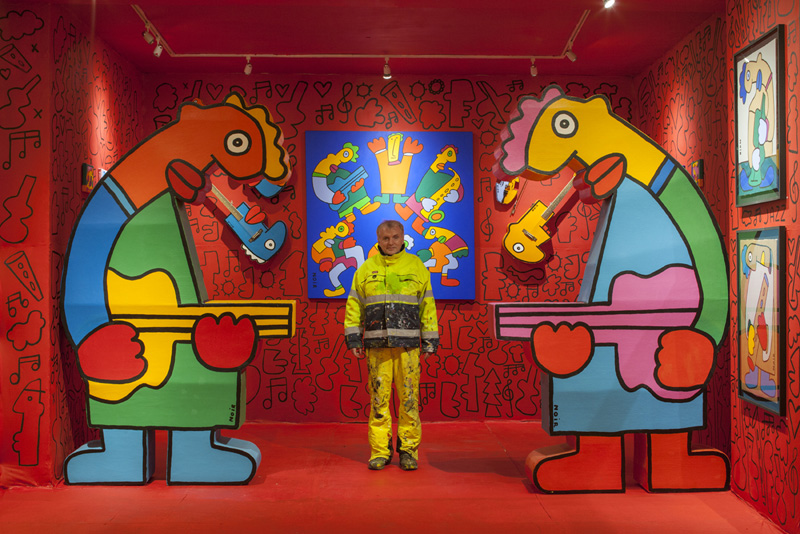 He is ferociously prolific, making work in a wide variety of media – on cardboard, canvas, cars (a Reliant Robin in Bristol, U2’s Trabants) – and now, with his current Shoreditch show titled ‘Jazz’, vinyl. The installation, at the adventurous Howard Griffin gallery, took him six weeks to complete, much of the time spent in collaboration with Chris Tsonias, the Greek artist who constructed the 3D artefacts – Noirish guitars, violins, horn players, jukebox, a piano and a bar made of gigantic guitarists.

All images from ‘Jazz’ by Thierry Noir at the Howard Griffin Gallery, Shoreditch, London, 2015. Top: Noir with 3D figures and instruments built by Chris Tsonias. Photographs by Marcus Peel. 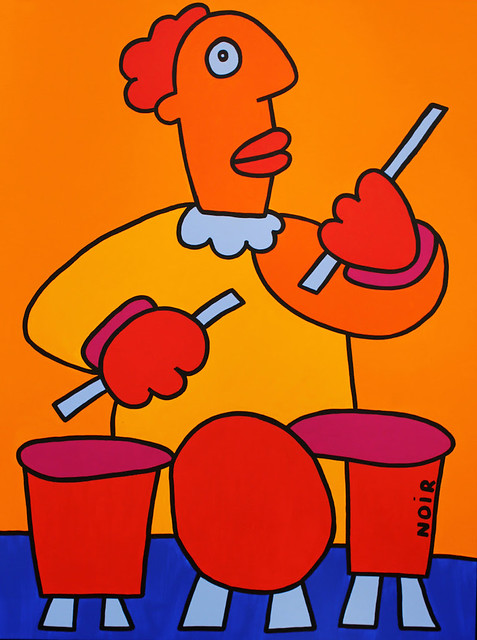 On the walls, along with paintings and prints, are a number of framed vinyl seven- and twelve-inch records. These, I hasten to add, are not rare jazz LPs. Noir has painted over lots of 1980s pop, including hit albums by Nina Hagen, New Order and Depeche Mode (rendering them unplayable). Using vinyl as a painting surface was a challenge, which he solved using super-adhesive One Shot paint. 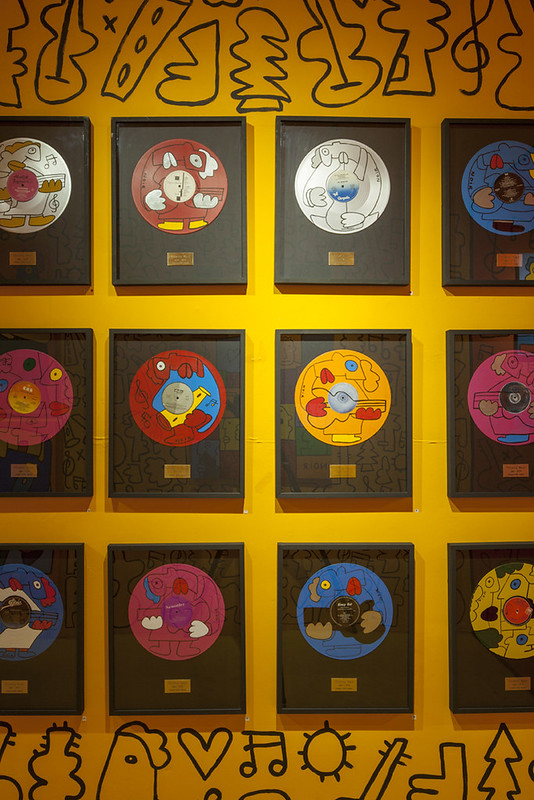 Born and educated in Lyon, France, Noir was originally a musician. and set off to Berlin on a one-way ticket in 1982, attracted by the promise of Lou Reed’s song ‘Berlin’. He found a squat (the ‘Georg von Rauch house’) right by the Berlin Wall, in Kreuzberg, but soon discovered that life there was not like Reed’s lyrics, but rather ‘melancholic’. (He later learned that Reed had never visited Berlin when he wrote the song.)

He worked as a multi-instrumentalist in the band Sprung Aus Den Wolken, and in 1984, with his friend Christophe Bouchet, he began to paint the Berlin Wall, using paint left behind by the civic workers hastily brightening up the city in preparation for its 750th anniversary celebrations.

Noir recalls that in the early 1980s, the writing on the Wall comprised mainly slogans against the US army (‘US go home’), racism (against the Turkish population) or ‘funny messages’. He says that the Wall itself was ‘taboo, even among alternative people’, but as foreigners, he and Bouchet could ignore this and paint.

Inspired by the proliferation of rabbits behind the Wall in Potsdamer Place, Noir and Bouchet made Hommage a la Fontaine, a version of De La Fontaine’s fable Le Lièvre et la Tortue (The Hare and the Tortoise) in which the rabbit-like hare wins.

When Noir became a parent in 1988 he stopped playing music and devoted himself to painting full time. ‘It was nice to be a pop star,’ he says, ‘but then … you come back after two weeks’ tour completely tired, the car is broken, you have only a hundred pounds in your pocket.’ He earned a living by selling paintings, initially in restaurants (such as the Paris Bar in Charlottenburg), and his reputation blossomed, both through the fame of his Berlin Wall paintings (as East Germany began to dissolve in 1989) and through influential fans and patrons, including Wim Wenders and U2.

His work is familiar to Londoners from his street paintings in Rivington Street in Shoreditch and in Southeast London where he was one of several artists (including Stik, Conor Harrington, Remi Rough & System) invited to participate in Dulwich Outdoor Gallery in 2013. 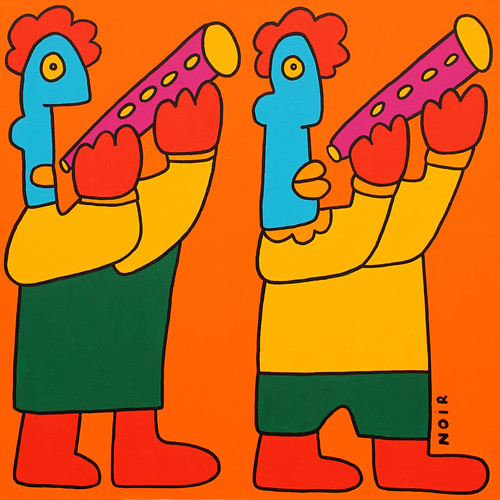 It’s the faces – stoic, timeless, comical, whether in repeated patterns, groups or isolation – that make Noir’s work so immediately recognisable. They can remind the viewer of the statues on Easter Island, or Ashanti [or Asante] goldweight figures. He tells the story of a Ghanaian neighbour in Berlin who stood in front of one of his paintings for a long, time, eventually saying: ‘this is same like in Ghana, the Ashanti churches, they have the same figures.’ (One of Sprung Aus Den Wolken’s sleeves features an image of the Easter Island heads.) 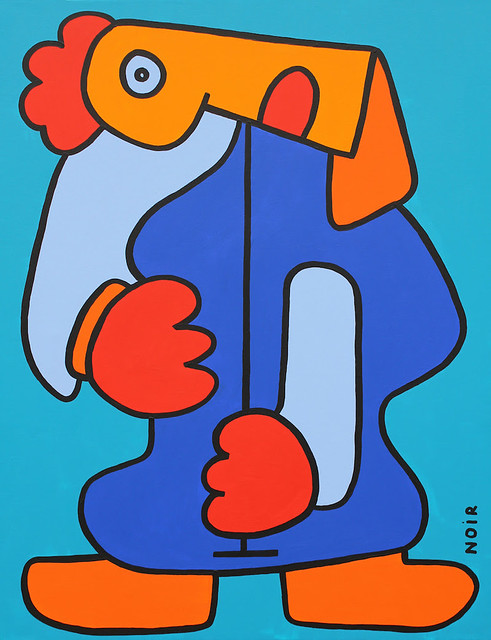 The title of ‘Jazz’ is tantalising, evoking memories of Matisse’s use of the title (suggested by his publisher) as much as the music itself. Noir says that for him the word ‘jazz’ means the principle of freedom, of free expression, which has guided him since he first covered great stretches of the Berlin Wall with leftover paint.

‘For me, jazz is a word for revolution, like in West Berlin, everybody was an artist at that time … just to survive this melancholic life to you had to be creative … to fulfil yourself as a human being,’ he says.

‘Jazz is kinda … “be yourself, do what you want.” There was a movement called Tu wat [do something]. At the beginning it was Tu nix [do nothing] and then it changed into Tu wat. It was a concentration of energy.

‘The underground scene in West Berlin was so strong that those people, 25 years later are still like that. They’re not bankers or working for insurance. At the fall of the Wall, the underground West Berliners met the East Berlin artists, who were also underground because they had to survive against the Stasi, and their coming together made that scene even stronger. That’s why Berlin is so interesting, not because of the monuments, but because of the people.’ 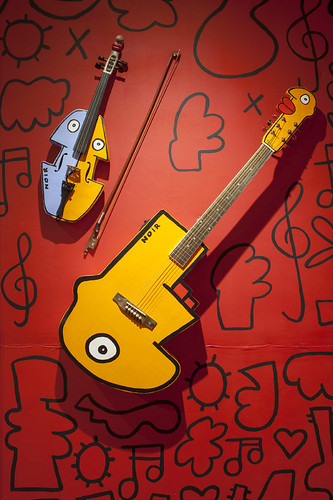 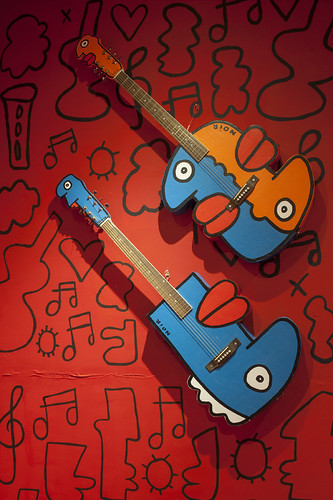 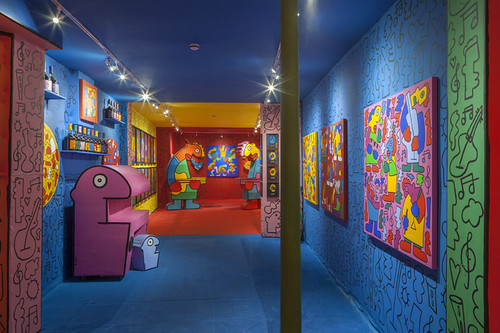 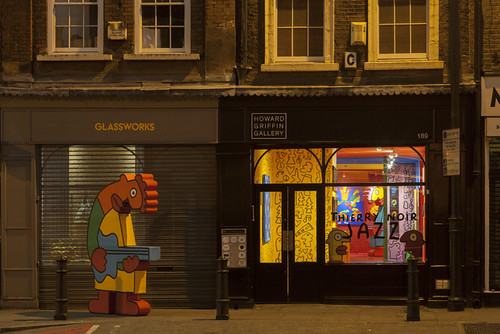