Elbow, Crusha and the communicative power of small furry animals 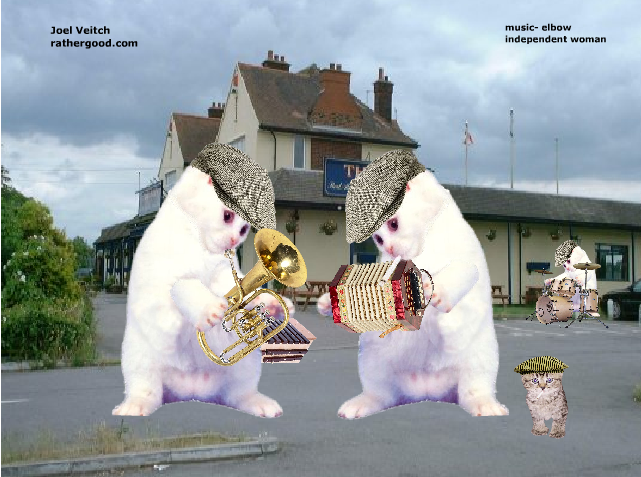 I thought I was going to be the warm-up man for Ian Anderson.

Not the Froots editor, or the bloke who plays flute standing on one leg in Jethro Tull, but the founder of The Designers Republic [TDR], the influential Sheffield-based design practice. I was chairing the second day of the D&AD’s Xchange, a two-day conference for design and advertising educators. But instead of TDR’s in-your-face graphics we got . . . kittens. 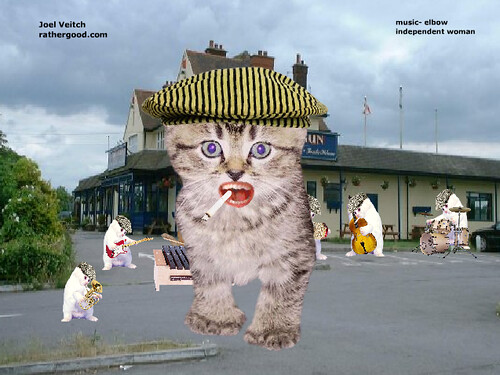 Joel Veitch, the guy behind rathergood.com, was booked to talk in a ‘break-out’ session while TDR’s Anderson held forth in the main space; when the latter was unable to attend, Veitch ended up instructing the entire gathering of distinguished course leaders and lecturers that ‘this is a world that eats up ideas, chews them and throws them back at you.’

The most graphic demonstration of this was the way his ‘Northern Kitten’ (above), a viral ‘hit’, was re-purposed as TV ads for Crusha. (He also showed us Tay Zonday’s ‘Chocolate Rain’ – 28 million hits on YouTube and rising – later transformed into an OTT, MTV-style ad for Dr Pepper.)

Veitch’s original viral is a kitten-infested interpretation of ‘Independent Woman’, as covered by Elbow (who won the Mercury Prize last night for their album The Seldom Seen Kid).

‘That’s how I learnt that the internet loves kittens,’ said Veitch.

Crusha, his ‘first proper ad’, was ‘just doing the same thing with lots of money’. He admitted that ‘you can lose track of what made your vision appealing’. Veitch still does stuff for fun, but his ad career has thrived, with work for brands such as Virgin and Nintendo. And Quiznos, for whom he recycled a Spongmonkeys animation based on a song that he and his brother wrote when they were kids, seldom in tune.

‘It’s impossible to know what will work in the world and what will not,’ he said. ‘Better to bring out five different ideas than one polished thing.’

As long as they feature small, furry animals. 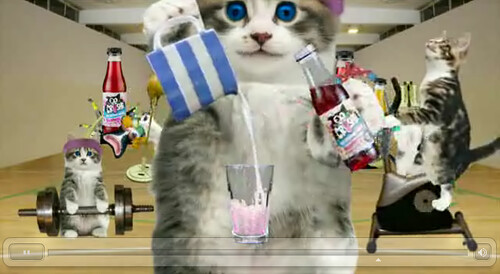 Above: frame from Gym kittens ad for Crusha by Joel Veitch.