The Penguin Collectors Society turns its attention to the influential Puffin imprint for young readers … plus Porpoises, Ptarmigans and Peacocks This book is a compilation of the talks and discussions that took place that day, with an introduction by Phil Baines, author of Puffin by Design. Contributors include Steve Hare on the short-lived Porpoise and Ptarmigan series; biographer Valerie Grove on Kaye Webb; Felicity Trotman on the pioneering Peacock imprint; Liz Attenborough on the 1980s and 90s; and current managing director Francesca Dow on Puffin today. Tony Lacey, who didn’t attend the event, also contributed a chapter.

In the first chapter Joe Pearson explains how, in 1940, Noel Carrington (younger brother of painter Dora Carrington) launched Puffin Picture Books. Influenced by early twentieth-century Russian children’s books, and by the French 1930s Père Castor series, Carrington devised a list of books, mainly information, that began, appropriately enough for a generation in conflict, with War on Land. (See ‘Puffins on the plate’ in Eye 85.)

A colour spread from James Gardner’s War in the Air, 1940, the third Puffin Picture Book.
Top: Puffin Post vol. 3 no. 1. Jill McDonald’s design and illustration were, says Phil Baines, ‘quite staggering in their craziness, exuberance, life [and] loveliness.’

Fiction appeared in December 1941, under the editorship of the children’s bookseller and reviewer Eleanor Graham. The first Puffin Story Book was a thin, rather austere-looking, paperback of Barbara Euphan Todd’s 1936 book Worzel Gummidge.

Cover of Garram the Hunter by Herbert Best, illustrated by Erick Berry. Puffin published this in 1941, the fourth title in the Puffin Story Books series. 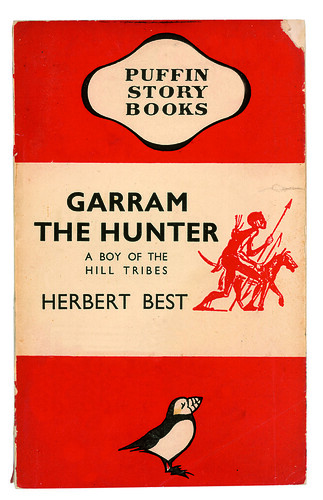 But over the next twenty years, as wartime paper rationing disappeared, the list grew, so that by 1961, when Kaye Webb succeeded Graham, Puffin Story Books had around 150 titles.

Among Puffin’s innovative formats were the Cut-Out Books, including The Emett Festival Railway (1951) by illustrator Rowland Emett. Cover and completed model. 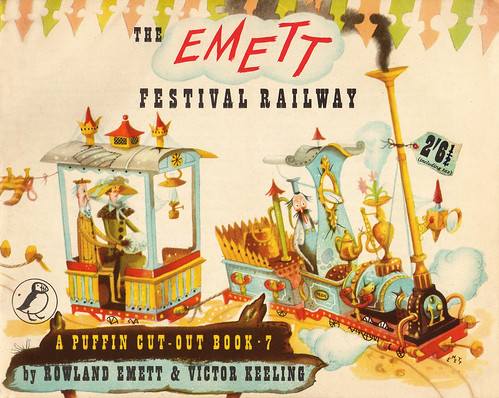 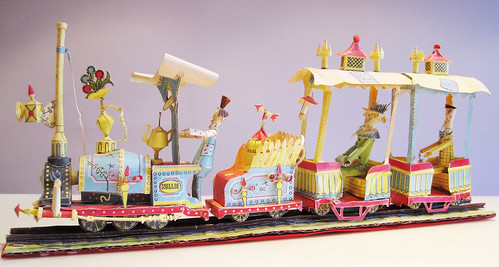 As Grove explains in her chapter, Webb continued to expand the list, adding to it the successful Stig of the Dump (1963) by Clive King, which was (and mostly still is) illustrated by Edward Ardizzone. By the end of her eighteen years as editor Webb had published over 700 books.

She had also introduced the popular Puffin Club and its visually exciting quarterly Puffin Post, illustrated and designed by Jill McDonald, who had moved to Britain in 1965 from New Zealand (where she had been the influential art editor of School Journal).

Cover by Edward Ardizzone, 1963. Kaye Webb rescued Stig of the Dump by Clive King from the reject pile. 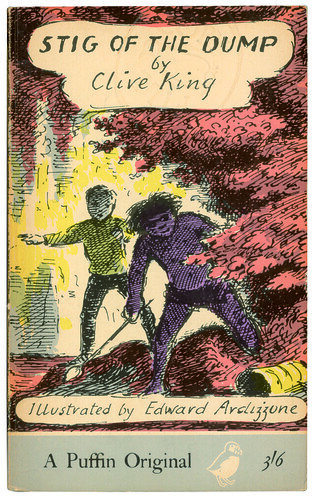 In 1979 Webb retired and Tony Lacey took over. One of his notable successes was You Can Do The Cube by Patrick Bossert, a twelve-year-old Rubik’s Cube expert. Another was the extensive ‘Fighting Fantasy’ interactive gamebook series, which sold millions.

In the wake of the craze for the Rubik’s Cube, schoolboy Patrick Bossert wrote You Can Do The Cube, 1981, which became an international bestseller. 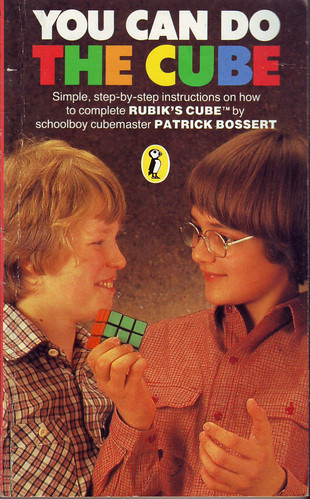 Lacey was followed by Liz Attenborough in 1983 – another long-term incumbent who soon became editorial director of all Penguin’s children’s imprints. In her chapter, Attenborough describes how she oversaw the development of new printing and publishing formats, including flaps and large, full colour books, as well as film and TV tie-ins.

In the final chapter, current managing director Francesca Dow, who arrived in 2001, describes Puffin’s development in the 21st century. She introduced the hugely popular Diary of a Wimpy Kid series, with cartoon-style illustrations by author Jeff Kinney, while also reinvigorating some of the backlist classics. Her main challenge, she says, is to deal with developing technologies in a digital world.

Since that study day in October 2010 Penguin has merged with Random House, but Puffins Progress celebrates the imprint’s heritage, showing a thrilling range of covers from the earliest titles to current bestsellers. Readers, authors, editors and designers should find much to delight them in this conversational history. 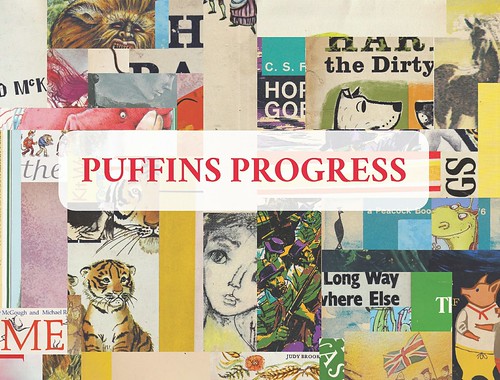 War at Sea, 1940. James Holland was both author and artist, working directly on a single zinc lithography plate. See also ‘Puffins on the plate’ by James Russell in Eye 85. 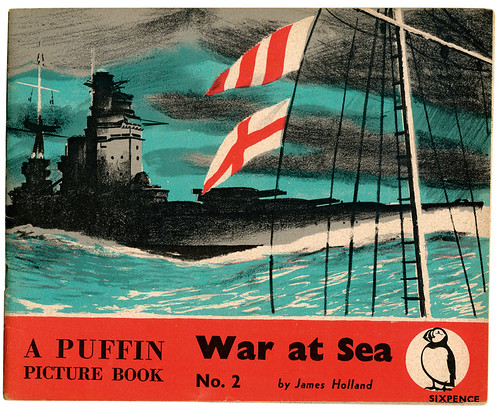 In the 21st century, the Diary of a Wimpy Kid series by author-illustrator Jeff Kinney has gone from being a book to having its own YouTube channel. 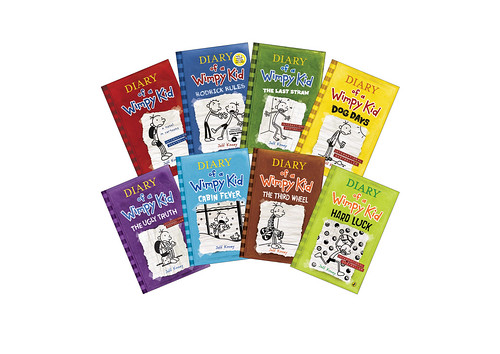 Stig of the Dump, 2003 edition. The cover illustration is a detail of the original Edward Ardizzone 1963 cover (see earlier). 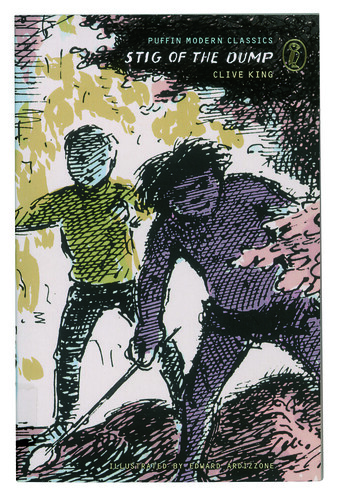 Stig of the Dump, 2010 edition. The cover makes use of one of Edward Ardizzone’s illustrations for the book’s inside pages. 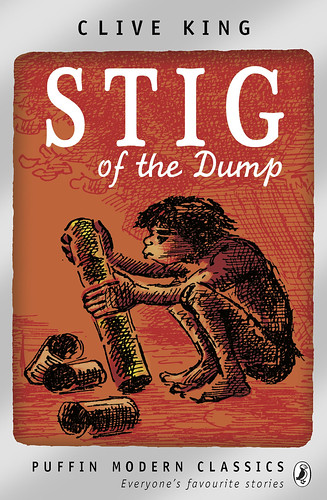 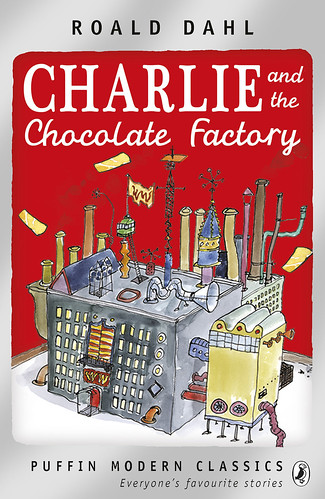 Citizen of the Galaxy (1957) by US science fiction writer Robert A. Heinlein was published under the Peacock imprint in 1972, with a cover illustration by OMA co-founder Madelon Vriesendorp. 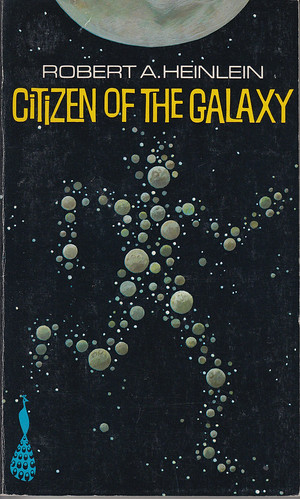