Last few days to catch the exhibition ‘Romek Marber: Graphics’ at the Minories in Colchester. 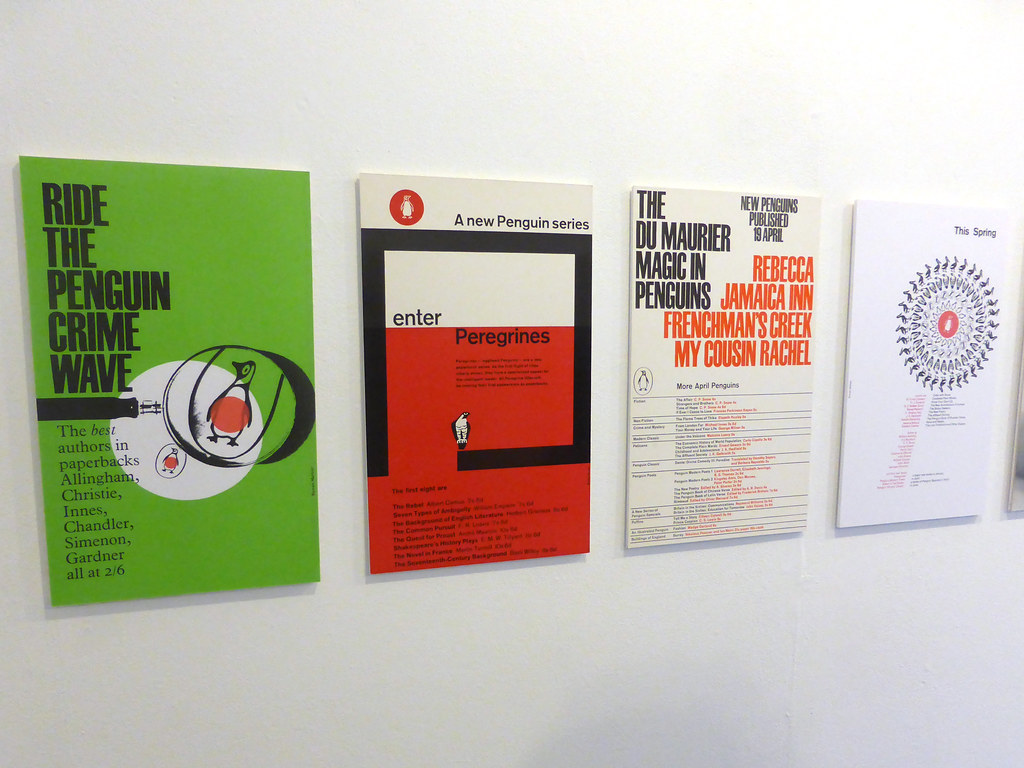 If you live within a few hours of Colchester in Essex, I strongly recommend a visit to the ‘Romek Marber: Graphics’ exhibition, which runs until Saturday 26 October 2013, writes John L. Walters.

Marber, born in Poland in 1925, is well known as the designer of the Penguin book cover grid system adopted by the publisher in the early 1960s (see ‘The image as evidence’ in Eye 29). Eye readers will be familiar with his astonishing run of cover designs for Penguin’s black and green crime novels (see Rick Poynor’s ‘Penguin crime’ in Eye 53). 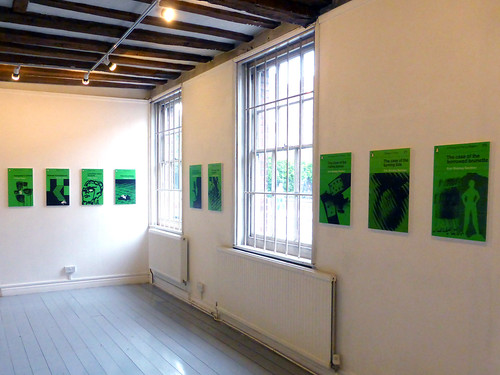 The incredulity of Father Brown cover, designed by Romek Marber, 1962. 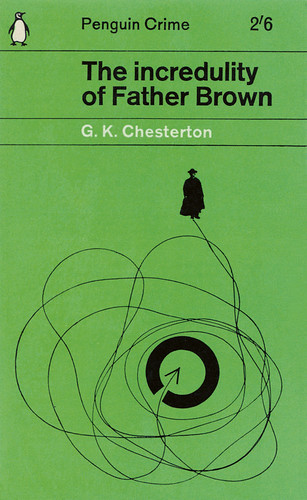 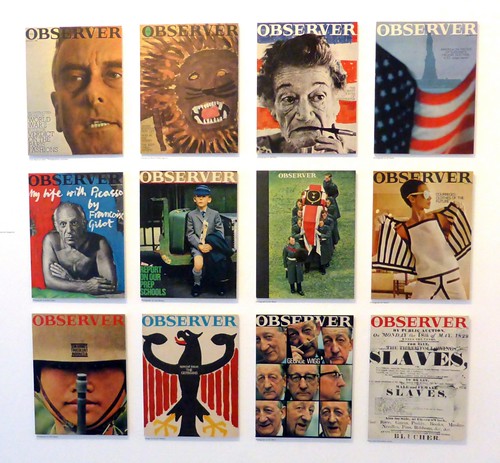 His punchy covers for New Society and The Economist show the economy of means he used for Penguin. Marber, who was in attendance on the day of my visit, gleefully pointed out the Harold Wilson cover for New Society, which montages the Prime Minister’s head onto the designer’s body – a photo he took himself with a time-lapse device. (Many of Marber’s covers demonstrate the kind of no-budget ingenuity later employed by the alt-mags shown in Bob Newman’s ‘Shock tactics’, Eye 82.)

There are also covers and spreads from the Observer colour magazine – Marber was the launch art director in 1964. A cabinet displays promotional items for clients (such as printers) and his own studio. One wall shows the poster and title sequence for Peter Watkins’ celebrated BBC film The War Game (1965), banned from TV at the time of its release. 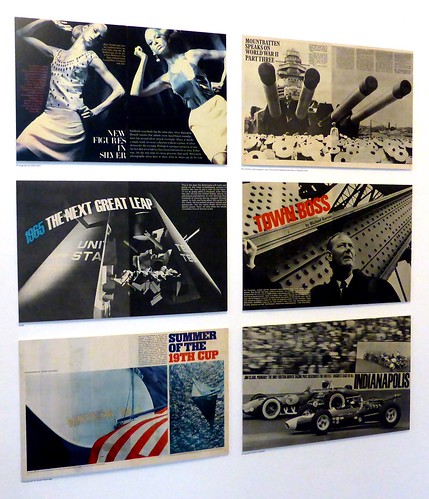 Pride of place, understandably, is given to a generous selection of Marber’s Penguin cover images (which number more than 150), enlarged and mounted in plastic frames.

Penguin fanatics will find plenty to entertain them, from a giant version of Marber’s promotional sticker on the floor, to a rare advert for ‘Peregrines’ – a short-lived imprint for ‘egghead Penguins’. 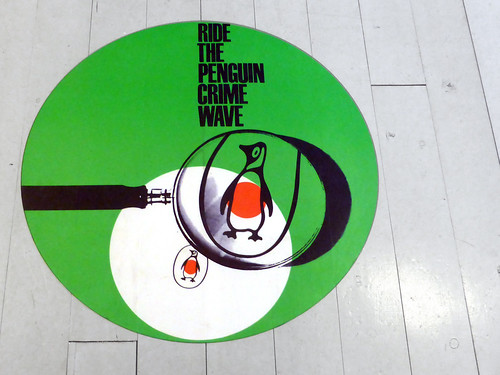 Promotional poster with imagery for the cover of Lost Moorings, 1962, constructed from photographs of Marber himself. 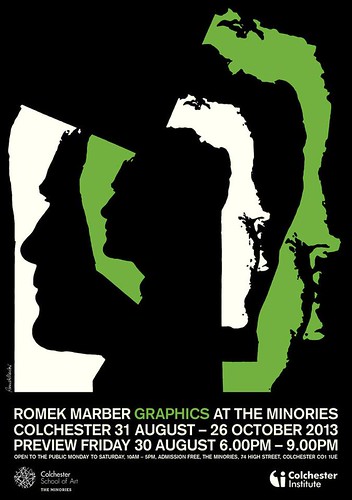 You can read about Romek Marber’s early life in his memoir No Return: Journeys in the Holocaust, published by Richard Hollis in association with Five Leaves Publications.