50/50’s apples turn a parasitic financial model on its head. For good 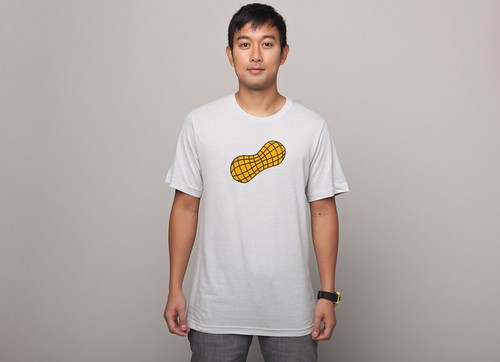 Early this summer, digital agency Made by Many and Good for Nothing hosted a hack weekend attempting to find ideas that could help raise funds for famine relief in East Africa.

Bowled over by the huge variety of ideas, the participants decided to launch 50/50, a central platform for people to launch their own individual projects with donations pooled into a central fund – aiming for an ambitious £1 million.

Top and below: Good Shirts. BBH New York and UNICEF U.S. Fund teamed up with Threadless and the artists Christine and Justin Gignac to design T-Shirts that cost the exact price of the donated aid depicted on the shirts. Top: Ready-to-Eat Therapeutic Food T-shirt, $73.13 (provides 150 packets of high-protein peanut-based paste). Below: Cargo Flight T-shirt, $300,000 ($300,000 can provide a charter flight to transport aid from the UNICEF supply warehouse in Copenhagen to Nairobi, Kenya). 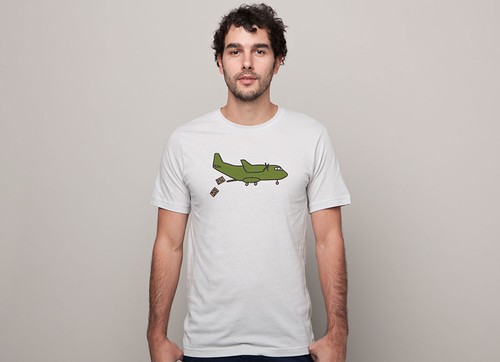 John Ridpath: How did you come up with the project?

Ari Weiss: We wanted to come up with an idea that inspired giving based on being transparent about how much you’ve donated and how that donation will be implemented. So far we’ve received donations for more than 1000 shirts and raised more than $33,000.

Scott Burnett: We knew that whatever we did had to be easily understood and that we wanted to focus on a particular audience rather than trying to build something that was more general. We also were interested in the idea that we might be able to take one of the most parasitic models (the pyramid scheme) and turn it on its head to be used for a good purpose. We contacted the initial contributors but it’s totally organic now with each contributor asking two others and so on, so it’s exciting for us to see apples going up by people we don’t know. 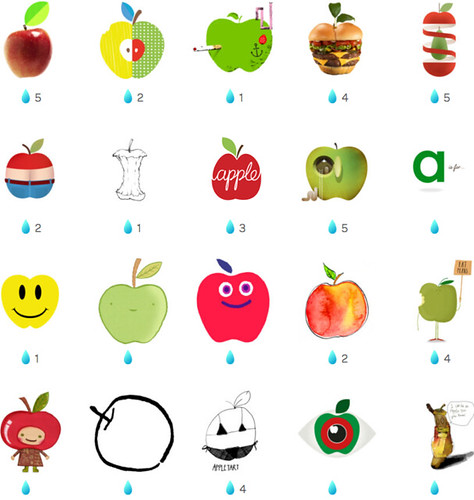 Above and below: Grow, by Studio Aad. An upside down pyramid scheme for the 21st century. Creatives are asked to donate an illustration of an apple, donate, then ask two more creatives to do the same. Others can ‘water’ their apples for a small donation. 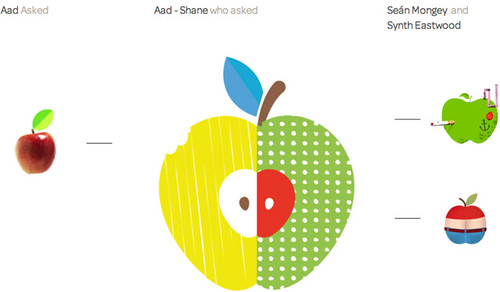 JR: Can the creative industry change the world?

AW: We sure hope so.

SB: I think that the creative industry could play a more central role and be a positive influencer on the changes taking place. We have to be less introspective though, it’s really about collaborating and using the skills and tools we have. There’s a lot we can add without it being about a finished image or object, but that will take a bit of a mind-shift.

Above and below: Posterity. The Mill curates a Limited Edition Poster Series for Famine Aid by repurposing hidden gems and unused assets from its creative archives. Above: Running Out, by Caleb Halter. Below: Pictology, Jeff Baghai. 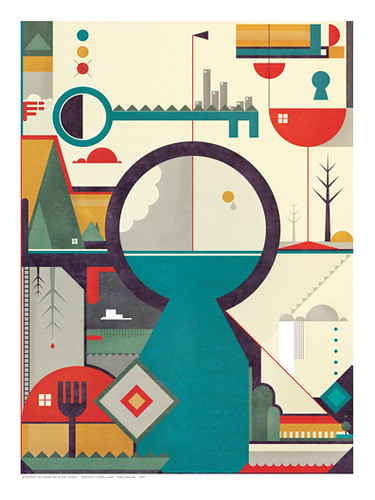 JR: As well as the donations, there’s a lot of value being created here in terms of platforms, connections and ideas. Any idea how some of this might be recycled?

SB: The whole 50/50 project is described on the website as a collaborative experiment and I think that like all good experiments people are interested in learning from the experience (this is one of the reasons I don’t want to abandon the ‘one asks two’ model too early). So I think the thinking and learning will be recycled for sure.

A lot of our clients we’ve shown the site have been really interested in the model, so again it may spark some conversations about how it may work in different contexts. I’ve also already come up with three studio projects that we could utilise the actual platform for. Just give it a new name, change its purpose and away we go. (Whether or not I’ll get round to making them happen is a different story.)

AW: While this first effort focuses on the Horn of Africa, it can easily be adjusted with new artwork to reflect the aid items needed for any donation-based UNICEF effort. 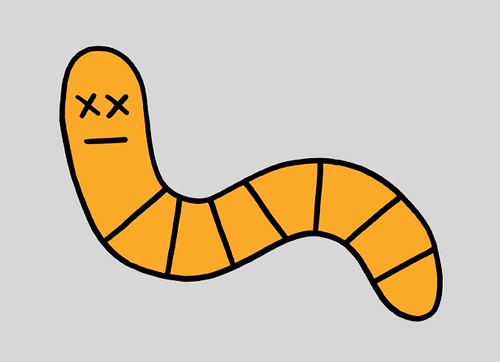 Further reading: ‘Doing and making’ by John Ridpath on the Eye blog.

Eye is the world’s most beautiful and collectable graphic design journal, published quarterly for professional designers, students and anyone interested in critical, informed writing about graphic design and visual culture. It is available from all good design bookshops and online at the Eye shop. The new issue,Eye 81 is on its way to subscribers and bookstores worldwide – see Eye Before You Buy for a visual sample.