New York Magazine celebrates 40 years plus with a handsome special 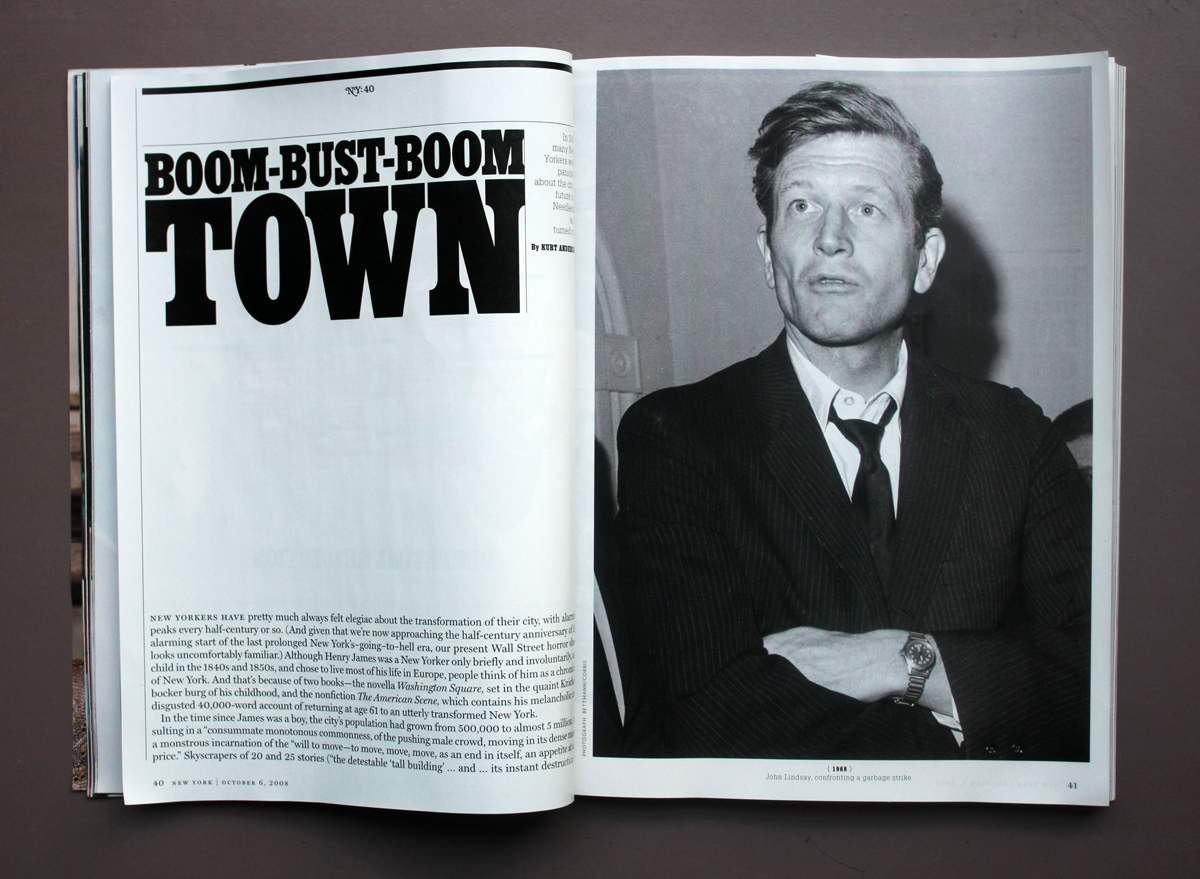 OK, maybe it’s not a classic cover. But the 40th anniversary issue of New York Magazine has all the other ingredients that non-New Yorkers expect from (and value in) the title: meaty, readable features, effective use of illustration, funny and revealing info-graphics and great photography, such as these punchy portraits (below) of New York actors (‘They’re here, they walk among us’) by Dan Winters. Other subjects include Meryl Streep, Tim Robbins and Robert De Niro. Of course. 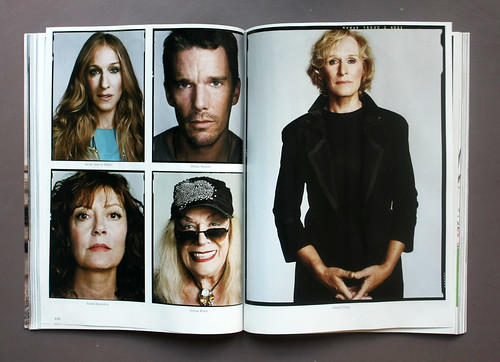 Winters also took this double portrait for a conversation between activist Gloria Steinem (one of the original New York Magazine writers namechecked on the first issue’s coverlines) and poet Suheir Hammad. 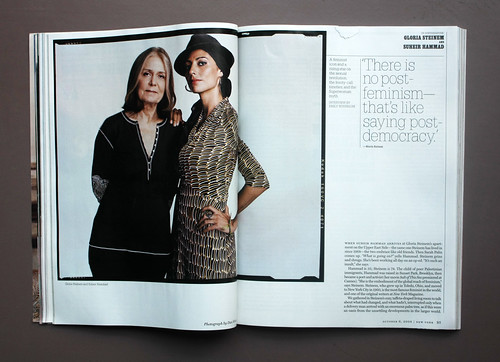 The cover is a nod to the past: a metallic silver version of Jay Meisel’s Manhattan skyscape used for cover of New York Magazine no. 1, published 8 April 1968.

‘The Approval Matrix’ charts the cultural highs and lowpoints of the past 40 years, with smart digs at ‘The souvenirification of Keith Haring’ and Studio 54’s ‘velvet rope’. Other info-graphics include four decades of food fads and fashion (below). 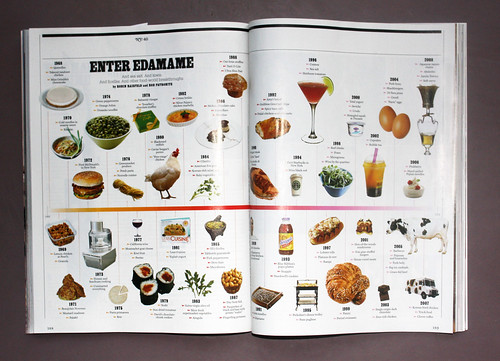 Editor-in-chief Adam Moss explained his methods to Eye’s Simon Esterson in ‘That’s art direction’ (Eye no. 61 vol. 16), which among many other things discussed Luke Hayman’s Autumn 2004 redesign of the title:

‘We try not to imagine a single type reading this magazine,’ says Moss. ‘The magazine is all about embracing the variety of characters who pass each other on the streets of the city. The magazine has to speak to all of them, otherwise it doesn’t work.’

Makes me wish we had a magazine like this for London. But we don’t have Robert De Niro, either. 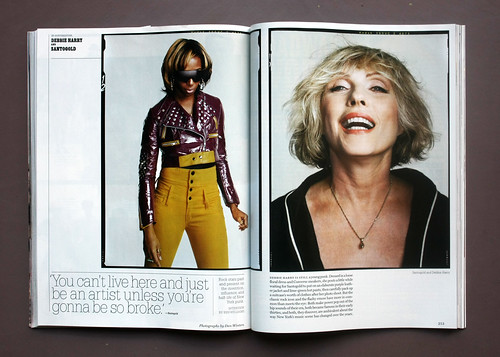 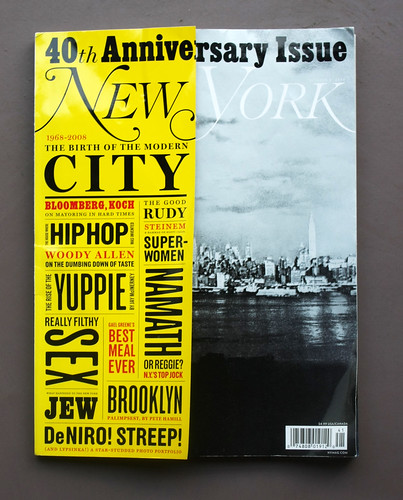