… with a smartphone, says Camilla Grey. But how smart is that? 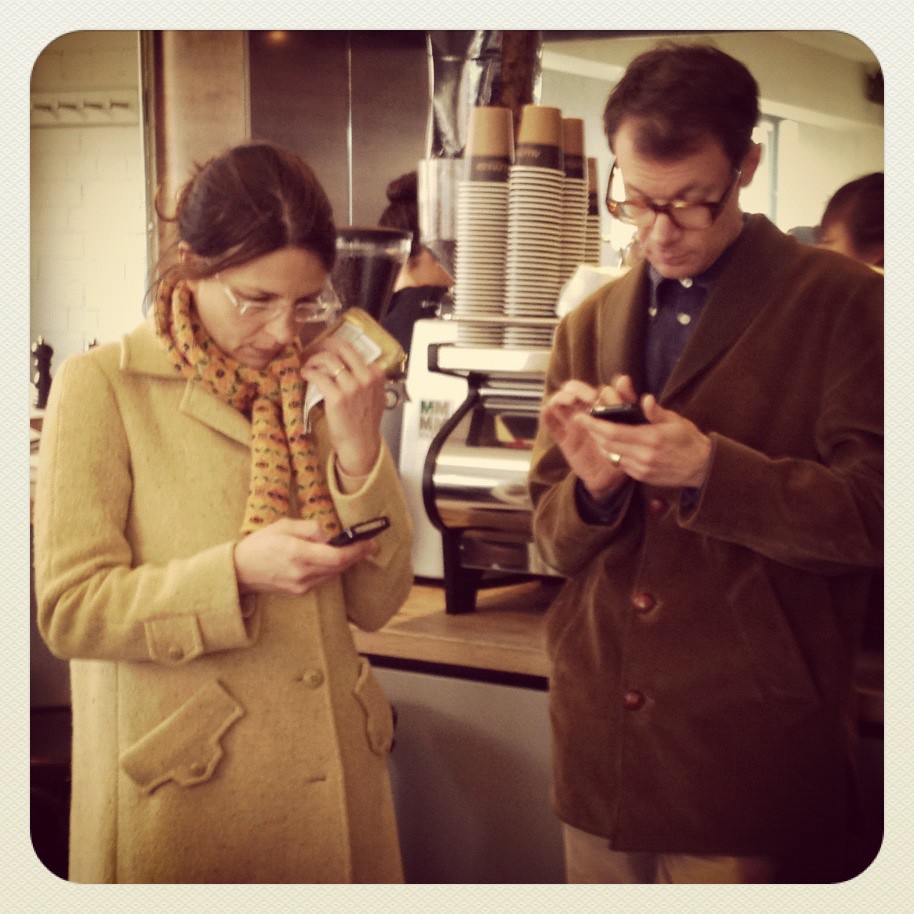 Being alone is part of the human experience, writes Camilla Grey. As Dr. Seuss wrote in The Places You’ll Go:

I’m afraid that some times
you’ll play lonely games too.
Games you can’t win
’cause you’ll play against you.

All Alone!
Whether you like it or not,
Alone will be something
you’ll be quite a lot.

There are times when it’s great – when your imagination can roam free, ideas can unpack themselves and you are answerable to nothing and no one. But there are times, such as waiting for people, or not knowing anyone in a crowded room, when being alone is difficult. In those moments, we crave something to do with our hands and to look occupied, nonchalant and (above all) cool.

In the 1950s, Strand cigarettes ran a campaign with the tagline ‘You’re never alone with a Strand’ (below). In the ad, a Frank Sinatra lookalike leaned on a wall, cigarette in hand, hat tilted back, jazz playing evocatively in the background, watching the world go by. In any other circumstances he’d look shady and suspect. But with a Strand he was mysterious, brooding, master of all he surveyed. Don Draper couldn’t have pitched it better. 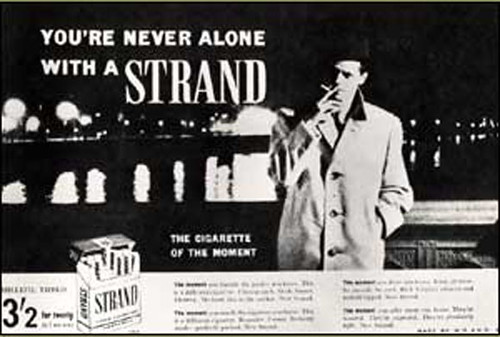 Today, however, with most of us heeding the firm warning of the Surgeon General (or local equivalent), our smartphones have taken the cigarette’s place. Everywhere we used to hang about and smoke, you’ll now find people tooling around on their phones – from bus stops, to restaurants to lonely street corners.

Yet while we are certainly preserving our life expectancy and lung capacity, we are forfeiting what artist Sarah Lucas termed ‘your own time zone’. We aren’t looking up and out at the world around us, but down and in at a screen. It may be better for our long-term physical health, but the romance and drama has gone. Ella Fitzgerald, were she alive today, would never croon about drinking coffee, staying up all night waiting for her man … and playing Draw Something on her iPhone. 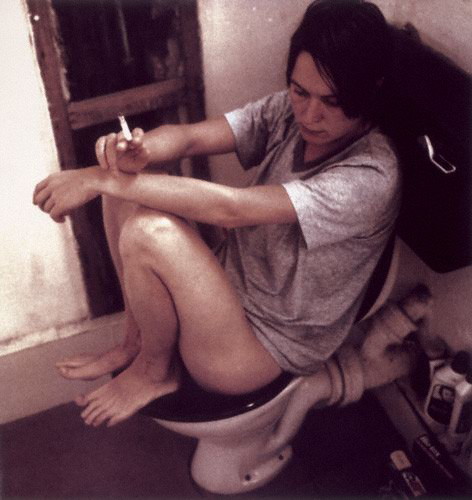 Of course, there’s the argument that scrolling through the Twitter and Instagram feeds is a form of digital people watching. Social media provides us with deep insight into the way other people are thinking, interacting and behaving, perhaps with far more relevance than the person next to you on the train. Online, you’re not just observing the world as it passes, but ‘curating’ it and contributing to it as it develops.

In contrast to the Strand cigarette campaign, Apple works hard to highlight the ‘togetherness’ it is possible to achieve through their devices. Their ads famously show fathers FaceTiming their kids, or people in groups enjoying ‘resolutionary’ new features. Only the iPad campaign depicted someone alone, but that person was shown with their feet up: alone but not lonely (below).

In reality, someone hunched in the corner of a room on their smartphone, looks anything but popular and connected. To the real life onlooker we’re not giving off that vibe of glamour and easy charm previously associated with smoking. Though we may Tweet ‘Just arrived. Know no one. Beers are £7! #WTF’, we are nonetheless putting out strong physical signals that say ‘I am busy, I am important, I am focused, do not approach me’.

We may not feel alone with an iPhone, but we look more determinedly alone than ever. 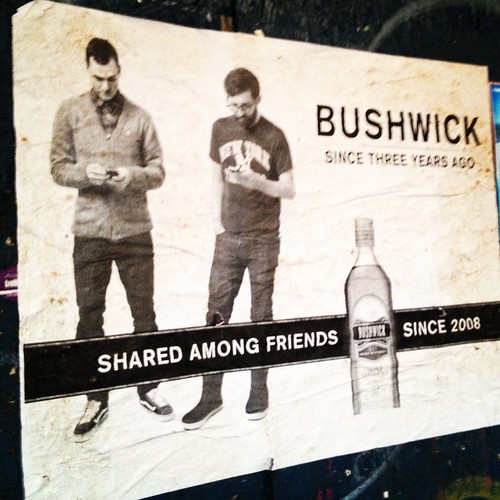 Above: Bushmills parody ad making fun of the gentrification of Bushwick.

Other Articles By Camilla Grey