From folklore theory, via shamanism and the ‘magpie instinct’ for shiny things, graphic design’s quest to understand itself takes many different forms. 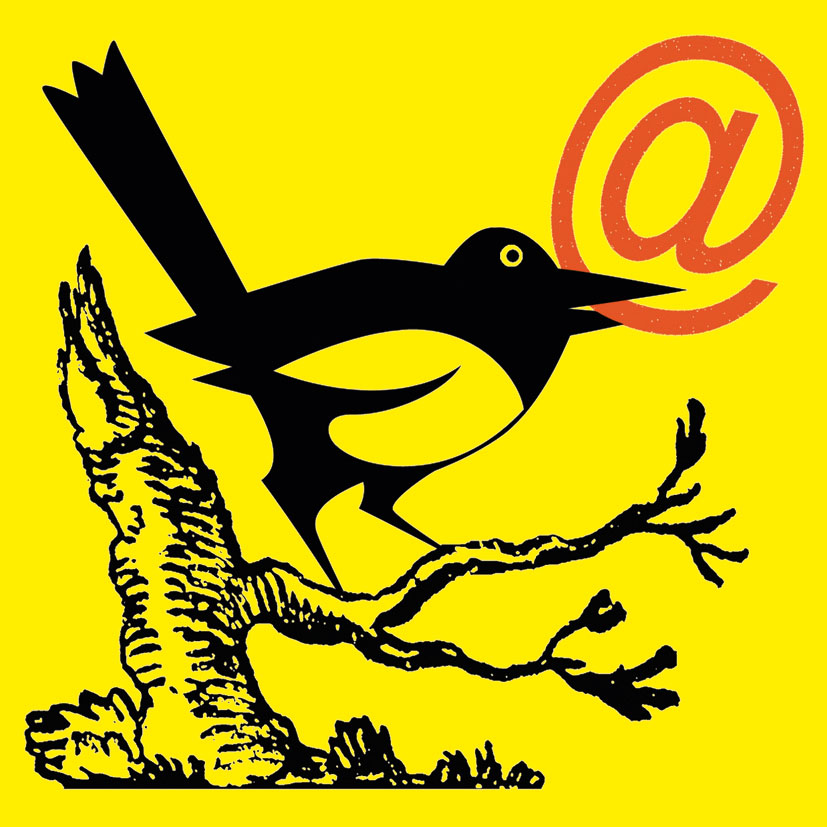 Folklore
In the individuated world of late capitalism, professional creatives are by and large left to themselves – except for the design conference. Conference organisers will stress the practical usefulness of the event, and delegates sell their attendance to their accounts departments as‘professional development’. However conference attendance serves a deeper purpose. It delivers a mix of folk wisdom that is ‘more or less’ true (‘less-is-more’), Damascene conversion, and the panel as campfire ritual, where the point is not what is shared but the fact of sharing.

In the drive to professionalise graphic design, to give it weight and standing, we have misrecognised (as the psychoanalysts would say) the much more fundamental, tribal experience of the conference-goer. The designer’s life can be bloody hard – the unpaid pitch that is later used by the client, the compromises, and the eye-opening work you could deliver on this project if only you had a bit more budget.

There is a moment ten minutes into Michael Bierut’s Creative Mornings presentation on the typology of clients when you realise, ‘This is the shit!’ A kind of mental peace comes with the insight: ‘Never talk about “educating the client”.’ It’s patronising, and Bierut says he has never met a client that needed educating: if there is something wrong in their relationship it is because he is not educated enough in what the client is about.

No school is going to teach you this, or reflect back your painfully earned experience to you. This is the power of folklore. The conference provides graphic design with its essential, hand-me-down folk-wisdom from the elders.

Shamanism
Living in a secular age has not killed off our deep desires for saints, heroes, larger-than-life figures who explain the journey each of us makes with clients, the quest-like struggle, the set of tasks that, once completed, will vanquish the Dark Randomness of ‘The Tweak’. In the New Yorker, Malcolm Gladwell suggested that Steve Jobs was the tweaker of our age. Every designer knows that for every definitively inspirational tweak there are ten that could be either genius or the thing that unravels the integrity of a project.

It’s why we need TED. Speakers at ted make a mythological narrative of professional journeys, their triumphs over clients who don’t recognise their genius become bigger, more epic, more profound.

Whether at a podium, or walking back and forth across the stage, the ted speakers promise a kind of creative healing, a magic with the discovery of forces that transform lives. Take Stefan Sagmeister, who revealed that on his year off in Bali he created mosquito-repellent typography and made 99 T-shirts with portraits of the dogs that attacked him during his morning walks, with a little message: ‘So many dogs, so few recipes.’ Sagmeister is the perfect ted shaman, a little bit wild, a designer who personifies the eccentric, a magic man exactly because he is a little bit scary. He can turn any object, space, even himself, into a platform for design.

Ethnography
The studio visit ‘field trip’ has long been a part of the furniture of design magazines, but the past decade has seen several attempts to demystify the graphic design studio, make sense of this place that is a source of both creativity and commerce, the sacred and the profane.

Tony Brook and Adrian Shaughnessy’s Studio Culture (reviewed by Douglas Haddow in Eye 74) captured the idea of a studio having an ambient ethos, another layer of context that fed into creative work. Derek Brazell and Jo Davies visited the studios of illustrators around the world, interviewing the likes of Oliver Jeffers, Javier Mariscal and M / M Paris for their 2011 book Making Great Illustration. Each week, itsnicethat.com showcases the bookshelves of creatives, the visual frame of the bookshelf as a filing system of the imagination.

Like the Guardian’s ‘Writers’ rooms’ series, such features frame the enigma of creativity. What does the creative mind look like? What are its tastes? As with Einstein’s brain in Roland Barthes’ essay, the studio space has become a 21st-century signifier of creativity.

The spaces pictured in Studio Culture and Making Great Illustration represent two different images of professional creativity. The clean, angular, laboratory space of the graphic designer, sterilised for the cool exercise of the imagination, versus the illustrator’s inky, papery, expressive playpen.

Enthusiasm
In a previous age all we had were publications such as the ‘Pentagram Papers’: enthusiasms and inspirations that were also finite. There was de facto curation, simply due to the limitation of print. On blogs, ‘curation’ has no limit. The popularity of sites and platforms such as ffffound!, flickr and tumblr has given rise to concern about design students aping imagery without registering the formal thinking at work in the process. Others worried about the design profession as a whole, and how this phenomenon played into the magpie instinct: designers’ love for shiny things, the kind of ‘stylism’ Bruno Munari referred to in industrial design.

But something else happens in these digital pinboards: curation without the theoretical heavy-lifting of the Fine Art department. In the arrangement of images, the best sites, such as butdoesitfloat.com, make the viewer think visually, connect ideas in fresh ways.

Enthusiasm in the archaic sense of religious revelation and fervour was frowned on in the seventeenth century, equated with fanaticism. At its most interesting, however, it can be a kind of mysticism. In a secular age perhaps only graphic designers are equipped to see the expansive connections between visual symbols.

Paternalism
Since the late 1970s, ‘Theory’ has become a catch-all term for a group of highly individual thinkers – Derrida, Lacan, Foucault, Barthes, Deleuze, Kristeva, Irigaray and other, mainly French figures – who provided an approach and a terminology with which to unravel the flawed structures of western thinking. Their work enabled activists to offer new perspectives on institutions, organisations and relationships. Abbott Miller and Ellen Lupton’s Design Writing Research (1996) added scholarship and extended the thinking of these people in fresh new ways.

Derrida and Lacan were art directors of thinking, and understood the specific idiom of thinkers they explored, re-arranging ideas until they discovered something unexpected. Such a philosophy has been played out visually in design books such as John Warwicker’s The Floating World (reviewed in Eye 73), with its luxuriously deconstructed layouts, and words and sentences that connect randomly with other words and sentences throughout the book and beyond in that intertextual way beloved by Derrida (his meaning almost always never arrived).

The fascinating moments in Warwicker’s book are when he loses himself in citing others. Anecdotes about his grandfather run through the book and it is as if the authority of Derrida and others were there in his stead to steady the ship. If Freud’s Oedipus story has a hermeneutic message, it is about the need to exorcise influence. At some point, to recognise yourself, you have to kill the father.

For writers and designers it is often easier to seek out an authority, a father figure to pass judgement. It’s the point at which ‘Theory’ becomes prêt à penser, off-the-peg, not thinking with the design under analysis, simply using design to serve the theory.

Classicism
Any new culture, nation or discipline needs to find its present in the past, to establish a rightful lineage, ancestors who shared some family values. The architecture of the new republic in America expresses noble values of Greece and Rome. In graphic design our tendency to steep ourselves in design history has increased, partly because of access to archives, databases and the internet. Partly because in print, at least, there are no new design forms to discover, since human beings process visual information in a fairly regulated fashion. Partly furnished by the very discoveries and successes of graphic design.

And partly because design history is the story of people, individuals whose personal obsessions have become a commercial, aesthetic and social language. Like Matthew Carter and his Private Eye masthead, or Herb Lubalin’s Avant Garde, which periodically ghosts its way into magazine design when designers subtly leave their precious eBay copies where the editor can see them.

What makes this reverence for history so interesting and ambiguous is that graphic design is Modernist in its roots, rational and in that sense not instinctively disposed to old authorities and hierarchies. Yet the dominance of history in design inquiry suggests that perhaps design is more aristocratic than it is republican.

Expermentalism
In Visual Research (2005; 2nd edition 2011) Ian Noble and Russell Bestley show the connections and gaps in designers’ thinking. It captures, in a variety of examples, the kind of inquiry designers do when off-piste.

Alessandra’s leaps have a relentless intellectual and visual logic structured by a kind of playful absurdity. Which was where she started, in her research on Situationism. Her design research is on the edge of sense, which makes it worthy of attention. Do we need a PVC-gloved typeface? Marx might not think so, but yes, we do – at least the idea of one – though I’d hold my breath at the letter ‘I’.

Some might call it art, but visual research is a much more interesting term: it is pragmatic and open-ended. Making things up is where graphic design enquiry begins to create new kinds of theory.