Advice from a mentor you may never meet

The ethos behind the Hall of Femmes series is to pass down stories, advice and experiences to a new generation of female art directors and designers 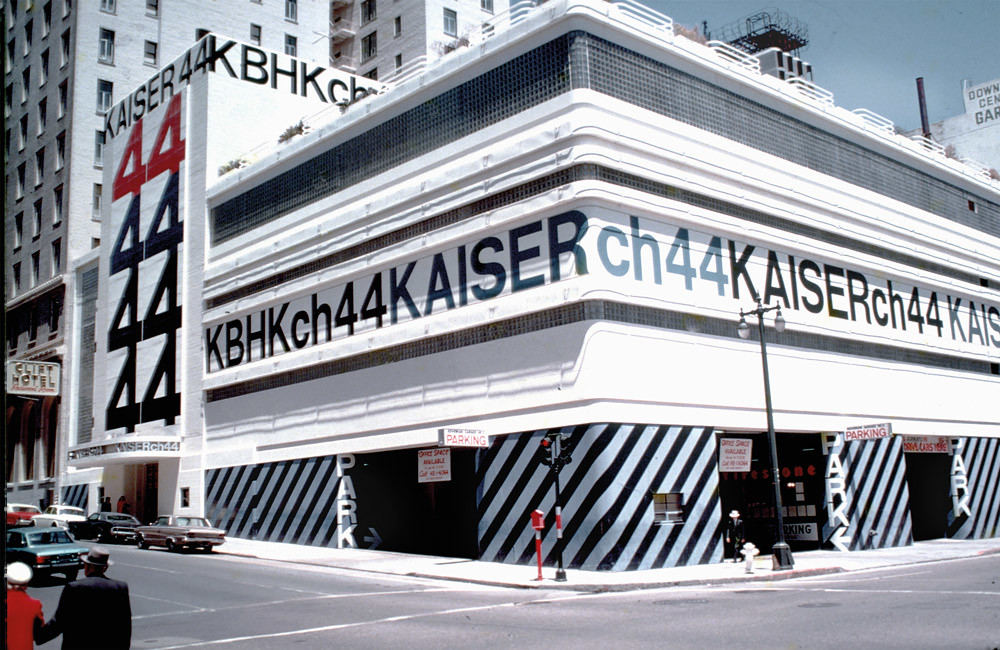 Hall of Femmes: Barbara Stauffacher Solomon is the eighth in a series of books by Stockholm-based publishers Hall of Femmes that chronicle the life and work of distinguished women graphic designers. Often overlooked by design historians, lecturers, the design press and conference organisers, the Hall of Femmes founders Samira Bouabana and Angela Tillman Sperandio say that ‘It seems obvious to us that the only way to inspire the notion that it’s possible to work a lifetime in design is to show examples of the women who have actually done it.’ This book, about graphic designer, artist and landscape architect Barbara ‘Bobbie’ Stauffacher Solomon follows on from other small, identically formatted books on Ruth Ansel, Lillian Bassman, Tomoko Miho and Janet Froelich, among others. Bouabana says: ‘We wanted their advice, their stories, their experiences. And that’s what these women and those we have met since have so generously shared.’

Bouabana and Tillman Sperandio place great importance on the role a community plays in growing a fellow designer’s reputation, feeling that the impetus is too often placed on marginalised groups to increase their own visibility. The Hall of Femmes book on Ruth Ansel was early proof of the positive effects of women acknowledging their peers. The Art Directors’ Club in New York inducted Ansel into its Hall of Fame in 2011. Bouabana says: ‘Soon after, one of the jury members told us that our book was on the table in front of them when the jury made their decision. It gives me goosebumps every time I think about it. And whenever we find ourselves thinking these books aren’t that important – they are so small and so simple – these concrete examples remind us that books do mean something.’

The Hall of Femmes book series all feature white covers with black type and a pop of colour for the designer’s name, accompanied by a pull quote. The Carin Goldberg cover reads, ‘Think. Look. Listen. Ask questions. Have fun. Assume nothing.’ Tomoko Miho’s reads, ‘Good design is about finding solutions.’ The cover quotes are discerning pieces of advice for young designers embarking on a career in graphic design.

Inside, after a short introduction about the project and the featured ‘femme’, the content follows an informal Q&A format interspersed with colour images of work spanning the designer’s career. Personal circumstances are not untangled from professional practice, which leaves room to tell stories that include sequences of unfamiliar events that shaped their illustrious careers. The conversational tone also gives weight to the impression that these masters are speaking directly to the next generation.

Bouabana says, ‘The Q&A format has allowed us to ask open questions, ranging from the professional to the personal, in order to learn and reflect the apprentice culture within our profession, where knowledge is passed down to the next generation. We are outside academia and don’t feel the pressure to prove what we know by the way we phrase our questions.’ Simple questions such as ‘You went to study for Armin Hofmann – did he understand your situation?’ yields answers from Barbara Stauffacher Solomon that provide insight into Hofmann’s teaching methods in the revered Swiss Style, while also exposing her drive to forge a new career after the death of her first husband. She says: ‘In San Francisco, everything was in a state of disorder. In Switzerland, everything was in order and I liked that. Perhaps it was the ballet dancer still in me. I liked the daily routine. Switzerland was more of a getaway. A lucky getaway.’ The Stauffacher Solomon book is imbued with a sense of honesty and reflection, perhaps a tone only achievable from a designer well into her career, less concerned with appearances. Bouabana says: ‘There are, of course, people that we are interested in but they are too young and we don’t want them to be in the middle of their career. In our experience, older people aren’t afraid of telling it like it is and care less about what people think of them.’ There is room for younger voices, however, on the Hall of Femmes’ website and blog, social media posts, podcasts and talk series, as well as from within their growing team in Stockholm.

Stauffacher Solomon, like many of the women Hall of Femmes have featured, has an incomplete archive having thrown most of her drawings away – ‘I don’t keep things. I enjoy tossing things I don’t need. Cleaning out the house, cleaning out my mind. My Swiss training I suppose.’ But this is one of the most thrilling aspects of the project for Bouabana and Tillman Sperandio, who aim to feature previously unpublished work in each of their books. ‘A large part of our work has been looking up and documenting their visual material. To find some of it, we’ve made contact with friends, magazine collectors and foundations in both Sweden and the United States.’

The series has thus far looked at American women graphic designers, which has seen the team travelling back and forth to America. This has inevitably made the books more costly in time and money, yet the prospect of extending the series to include designers from Europe and beyond remains on their agenda: Bouabana and Tillman Sperandio have their eyes set on Swiss graphic designer Rosmarie Tissi and Dutch designer Irma Boom (see Eye 88).

‘Our intention was never to remove any old male masters from design history, but to include the women who were their peers but somehow got lost.’ Asked what more needs to be done to draw attention to women’s contributions to the canon of design, Samira Bouabana says: ‘Don’t reuse the same references over and over again. Do your research. Research is crucial. As is telling the world about it.’ 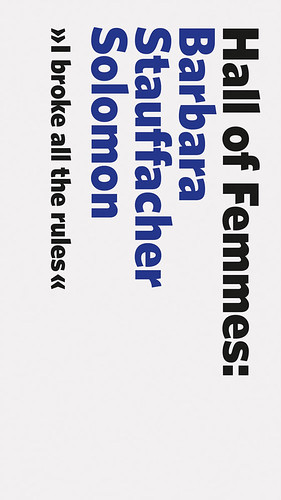