The olive oil industry is helping to revive the Greek economy – and designers are at the heart of this success. 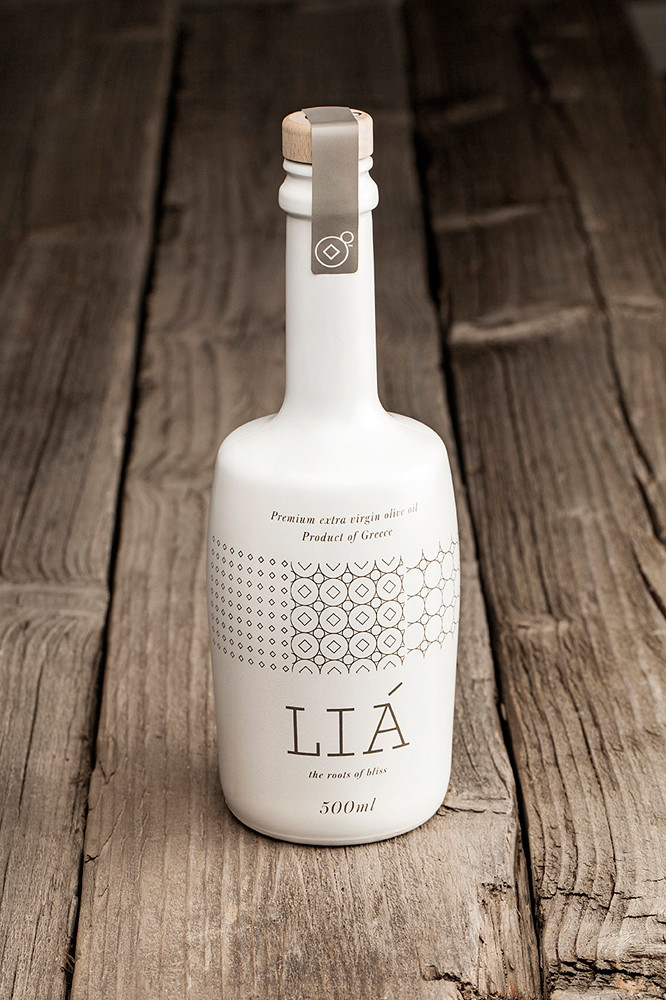 Greece is in crisis. During recent years the Greek economy has shrunk, unemployment has risen and violent protests have become familiar. However, even in this economically hostile environment, some entrepreneurs have seized an opportunity to reinvent a traditional product.

Olive oil is part of Greek culture and the main ingredient of Greek cuisine. As a principal producer of olive oil, Greece supplies ten per cent of the world’s overall production and every year it exports tonnes of olive oil to Italy and Spain to be bottled, branded and marketed.

However, only a small percentage of Greece’s olive oil is exported already bottled and branded. So a number of enterprising companies have invested in Greek olive oil to sell direct to foreign markets, such as Germany, China, Canada and the US, where it can be sold as a premium product aimed at international, high-income consumers.

This move to bottled, branded olive oil within Greece itself has resulted in new clients for Greek design studios, and olive oil branding is now seen as an important commission within the creative community. Whereas in the 1980s every designer wanted to design an album cover, now everyone wants to design an olive oil package.

There are various reasons why olive oil branding has achieved this desirable status. First, it offers a new and promising work-stream for design studios within a difficult economic climate. Second, it is significant work, as the success of a high-end product will be closely linked with the quality of the label and overall design. And third, it shows that modern Greek entrepreneurs have trust in their indigenous designers.

This is a turning point for Greek business. Apart from some rare exceptions, Greece does not have a long-standing design tradition, so the added value that well-designed artwork can bring to a product has seldom been properly acknowledged. But during the last decade – and especially following the 2004 Olympic Games – the number of independent design studios in Athens and Thessaloniki has increased, and gradually they have gained a national, and sometimes international, reputation, lifting the status of the design industry in Greece.

These olive oils are produced by traditional methods, often by a single family, leading to a more human approach to the design, with the use of illustration and handwritten type. The challenge for the designer is to unite the idea of traditional agriculture with that of luxury. In order to achieve the right balance between ‘homemade’ and ‘premium’, modern designs may include a fresh interpretation of folkloric patterns combined with slick typography.

In addition to the label, attention is given to the physical shape of the bottle. And there are unique solutions inspired by Greek traditional pottery that help a product stand out against its competitors. Depending on the positioning of the brand, a radical approach may sometimes be employed, with the results possibly more suitable for the pages of Wallpaper* magazine than the kitchen table.

My Olive Tree, 2013. Design: Mousegraphics. The client is a family business, based in the Peloponnese, who wanted to bottle the oil ‘mainly as a present for friends and family’.
Top: Liá, 2013. Design: Bob Studio. The icon on this bottle refers to the traditional way the olive oil is extracted. Multiplied, it creates a pattern that resembles folkloric decorative motifs.

However, the design and typography of these bottles will still convey the core ideas of purity and high quality. Although this is a niche market, the quality of the design in this area has not gone unnoticed. In 2013, the Greek Graphic Design Awards (EBGE) had to create a new category to accommodate all the olive oil packaging entries received. And some products in this category have also won awards in international competitions, such as the Red Dot Design Awards and the European Design Awards.

Whether this interest in the design of olive oil packaging is a fleeting trend, or something that will go on to influence the wider food market, remains to be seen. It is, however, most heartening that this creative wave has emerged from Greece during one of the most difficult periods in its recent history.