Patrick Shanahan’s photographs, subjective, seductive and even threatening, invite us to follow him beyond unknown boarders. 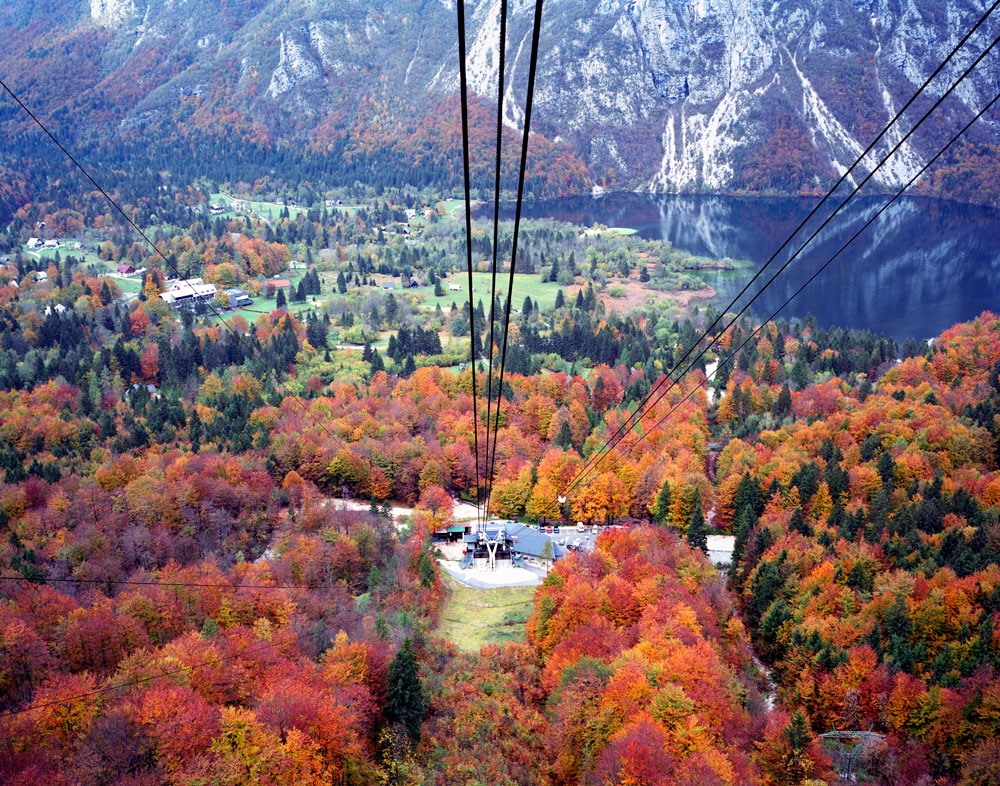 For more than a decade, the British artist-photographer Patrick Shanahan has been exploring with subtle and complex artistry the traumas and delights of the ‘post-landscape’ of urban Europe at the turn of the 21st-century, in projects such as Esperantis (1998-2001) and A Momentary Presence – Tales from New Europe (2004-07).

In 1994, following twelve years as a commercial photographer, Shanahan moved from Wales to Cornwall, one of the first areas in Britain to be altered by industry (mining) and later by tourism, where, influenced by contemporary Italian photography in general, and Luigi Ghirri’s Italian Landscape in particular, he began to photograph the fabricated landscape surrounding him.

‘Ghirri was the missing link,’ Shanahan recalls. ‘The concern with the space between reality and the unreal hadn’t been present in [William] Eggleston or [Stephen] Shore, but it was concrete with Ghirri.’ Since the 1970s, the Italian’s themes had been representation and post-landscape. Ghirri believed we had reached the end of the era of ‘discovery’ to arrive at ‘a closed chapter in the history of images’: ‘not post-modern, but loss of centre’. Theorists have argued that the key condition of placelessness, or post-landscape, is the dissolution of fixed categories and boundaries in the environment and in culture generally, causing anxiety and a yearning for escapism, nostalgia and the romanticism of the pre-Modern.

Shanahan has been deliberate about what (and how) he frames. Images are sometimes framed to place the viewer in the position of the stroller, giving a deadpan quality that mimics the blasé reaction of the spectacle-weary tourist. The way objects are photographed from below evokes a disturbing slippage between real and unreal, alluding both to the ‘loss’ of an authentic sense of place and to the global advance of non-place. 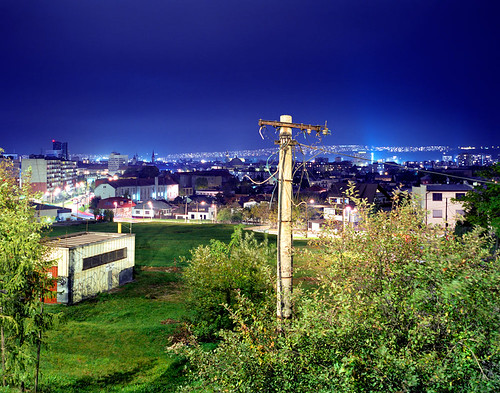 His early series Personal Geography (1994-96) contains three images that evoke uncanny sensations by collapsing distinctions between imaginary and real. The picture of goal posts reflecting into water seems to have been taken with a long exposure to reveal forces (the motion of water, the play of light) that are invisible yet are always in process. It recalls scientific techniques (such as chronophotography or X-ray photography) that fascinated an earlier avant-garde. Two key beach images in the series also prefigure his recent work by appealing to this unsettling notion of a ‘suppressed’ image belying the familiar. Freud classed as uncanny (unheimlich) ‘everything . . . that ought to have remained secret and hidden but has come to light’. Both photographs depict conventional beach scenes, beaches being the sort of liminal spaces – between nature and culture – that can symbolise placelessness.

Shanahan’s themes of loss of meaning, inauthenticity and globalisation are announced in his Esperantis (suggesting both Atlantis and Esperanto) series, depicting locations along the Spanish and Portuguese coastlines. Yet the choice of marginal sites – beaches, car parks, esplanades, industrial parks and similar ‘pseudo-public’ spaces – confounds attempts to tell which country is being represented.

His images beckon us to follow in our imaginations dark stairways and pathways, and to transgress beyond unknown borders. The photographs threaten, yet they are seductive. Implicit in Shanahan’s statement that he ‘speaks for’ the estranged is the knowledge that he shares the estrangement felt by (and communicated to) his viewers. Shanahan’s presence at the moments and places of his photographs is an issue. Though there were no ‘decisive moments’ to capture, there were paths to discover and wander, ‘shocks’ to deflect or absorb, accidents and chance encounters to enjoy, and visceral sensations of place to experience and savour. In this sense his aesthetic resembles ‘dérive’.

Patrick Shanahan has arrived at a kind of image that appeals to the current taste for the artificial, the hybrid and the overtly subjective. Yet at such a time, when fabricated tends to mean digitally created, his images gain force from the sudden and unexpected realisation that they do, after all, contain the revelation of ‘everyday reality’.