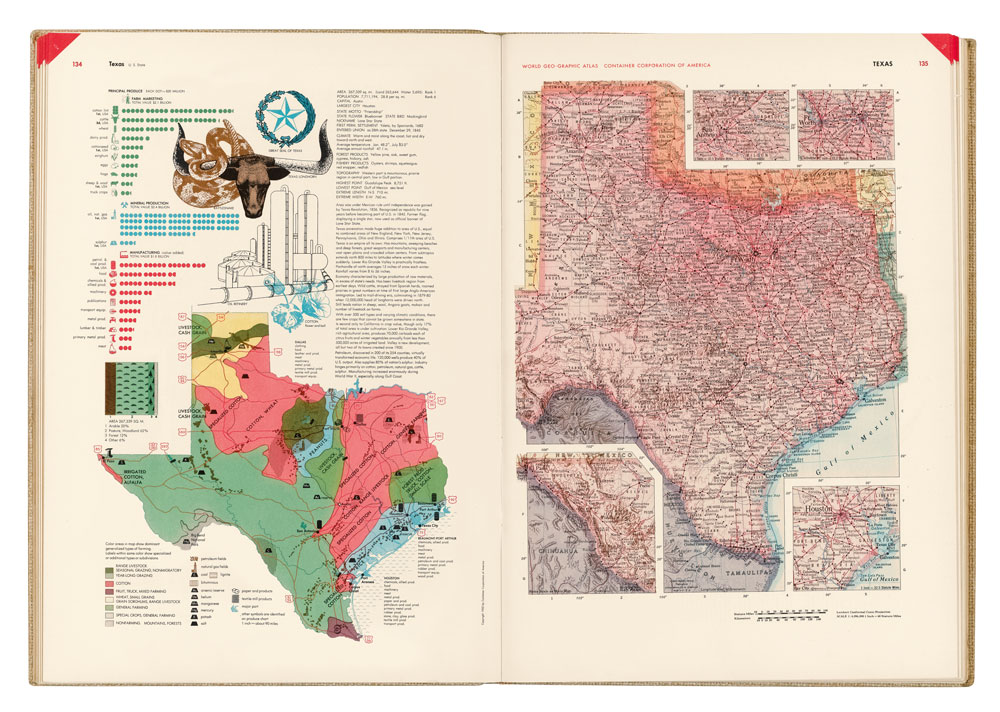 Long before multinational corporations discovered the usefulness of corporate social responsibility (CSR) in ameliorating a public relations disaster, companies such as the Container Corporation of America (CCA) were pursuing the profit motive with a socially aware ethos embedded in practice.

Top: a spread from World Geo-Graphic Atlas: A Composite of Man's Environment. Edited and designed by Herbert Bayer. Published in 1953 by the Container Corporation of America.

The book was given to customers and distributed free to more than 150 colleges and universities across the United States. It cost the cca more than half a million dollars.