The unexpected craze for adult colouring books has created a bonanza for publishers. Can they keep it going? 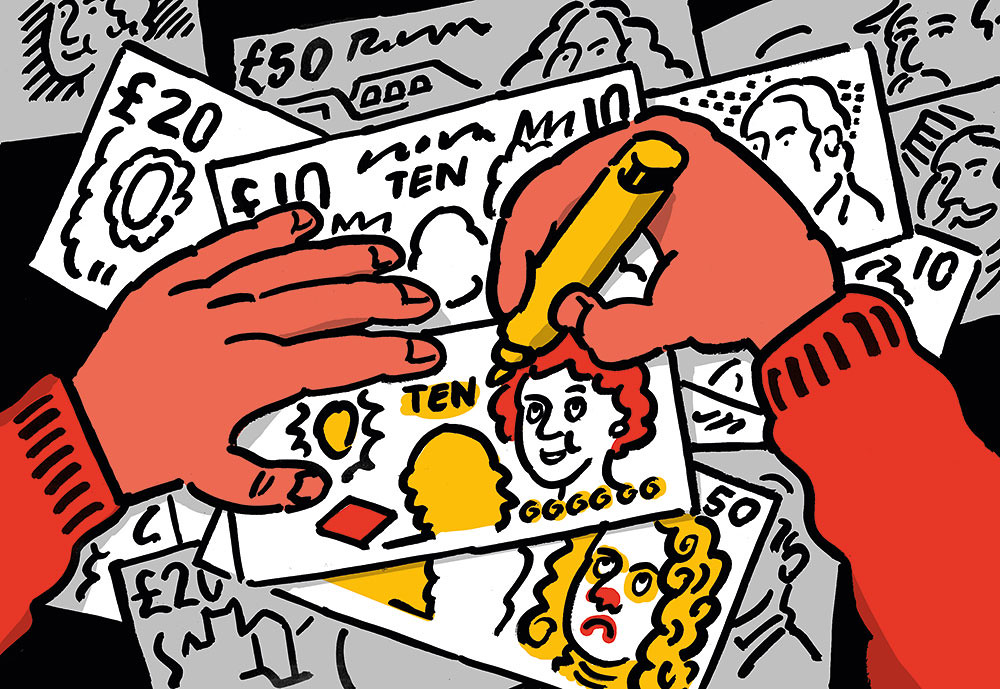 The publishing world has gone colouring-book mad. Since 2013
an unprecedented boom in adult colouring books on subjects from
art, fashion and science fiction to US politics (which has become science fiction) have filled tables and kiosks once reserved for novels and non-fiction in highly respected bookshops in Paris, Rome, London and elsewhere. At New York’s largest, The Strand, display table space on three floors has been given over not just to stacks of books, but to specially designed boxes of pencils, erasers, crayons, markers and other drawing supplies. (For a short while, Chinese manufacturers could not keep up with the demand for coloured pencils.)

Long a staple children’s activity, outlines of people, places and things printed in black line on toothy newsprint are used in some instances to teach colour relationships, but mostly are diversions to keep the colourers-in occupied. Now, as a senior editor at HarperCollins told me: ‘This year, these crazy adult-oriented colouring books are paying our salaries.’

Although humorous and unusual colouring books – including ones on Vietnam and the Black Panthers – have been available in a limited way for some time, this tsunami of seriously artsy, mainstream books began with Johanna Basford, a Scottish-born illustrator and 2005 graduate of Duncan of Jordanstone College of Art and Design in Dundee, whose books Secret Garden: An Inky Treasure Hunt and Colouring Book (2013) and Enchanted Forest (2015) are minutely detailed, illustrative tours de force in black and white… and a goldmine for Laurence King Publishers.

In 2009, Jo Lightfoot, editorial director at Laurence King, commissioned Nina Chakrabarti’s My Wonderful World of Fashion, which was hugely successful. ‘We noticed that the responses to this were not just coming from children, but from people of all ages,’ says company boss Laurence King. ‘So we began commissioning a number of other activity books, which were not particularly age-specific.’

Digital detox
Among these were Marion Deuchars’ Let’s Make Some Great Art (2011), Steve Bowkett’s Archidoodle (2013) and Megamunden’s Tattoo Colouring Book (2013). But Basford’s Secret Garden took things to a new level, selling around 250,000 copies in the English language over the following two years. King published the follow-up book, Enchanted Forest, in 2015 with a major publicity campaign, ‘which was like lighting the fuse for a bomb which was about to go off anyway,’ he says. The phenomenon of adult colouring was recognised. Within the next nine months, about five million copies of the two books were sold in English and another ten million in other languages. Then there were artist’s editions of them, postcards, notecards and journals in very large quantities, too.

Basford is the glittering star of analogue, interactive books. The key to the genre’s success seems to be that they provide relief from daily stress or, as Basford told the BBC, a ‘digital detox’ – a respite from computer dependency. But while some books are simply outlined figures, Basford’s stories have hidden treats. Her Secret Garden, for example, is loaded with hidden creatures and other surprises that are revealed when coloured – the book’s subtitle, ‘an inky treasure hunt’, is entirely apt.

Basford’s books were the first to rise high on Amazon bestseller lists, and they have been heralded in major media. ‘Hardcore fans often buy several copies of her books at a time, to experiment with different colour combinations. Others have turned it into a social activity,’ wrote Alexandra Alter in the New York Times. A New York store manager at Michaels, the United States hobby chain, speculated that they have overtaken scrapbooking as a popular hands-on craft.

This surprising success has triggered hundreds of colouring books of all qualities, leading to what Laurence King describes as ‘colouring-book fatigue’ among the retail buyers (the gatekeepers to the market, particularly in the UK), despite the strong continuing demand for them.

So King has not given up on the genre. Rather he’s turned to ever more distinctive themes, including Shan Jiang’s The Bicycle Colouring Book: Journey to the Edge of the World (2016), a fantastical journey made by a riderless bike and a cat; A Flower Year by Leila Duly (due in spring 2017), inspired by The Country Diary of an Edwardian Lady, in which people can colour seasonal flowers and scenes for each month; and Daisy Fletcher’s Birdtopia (2016), which offers a dream landscape of birds, flowers, and other animals. ‘Generally they have done well by the ordinary standards of illustrated book publishing, but obviously not at all on the scale of [Basford’s] sales.’

Stressed-out editors
In May 2016 the Washington Post reported that, ‘Colouring books work like other mindfulness techniques such as yoga and meditation.’ Craig Sawchuk, a clinical psychologist at the Mayo Clinic, told the Post that colouring has a ‘grounding effect’, claiming it is ‘almost like a volume knob to turn down the sympathetic nervous system, the stress response.’ Colouring is a soothing experience. Like the 1950s-era paint-by-numbers sets, the more stressful conceptual and pictorial decisions are already made for the user, leaving the relaxing act of colouring – it is like making art without the emotional baggage that artists bring to painting or drawing. The artists who make them have done the hard work.

So, for the moment, colouring books are reaching an even wider audience than that for other trends, like the plethora of empty books designed for sketching, note-taking and doodling. But with so many colouring books on the market, including a number of satirical ones, the people feeling most stressed out are the editors trying to acquire new titles for their bosses.

Over the past year, in addition to original conceptual and branded tie-in colouring books (Andy Warhol, Picasso, World Wildlife Fund), there has also been an upswing in the great old and modern master paintings, famous fashions, architecture and many more. The glut has not seemed to lessen the resolve of publishers looking for new themes and tropes.

For the publishers, of course, the challenge is to get as many sold as possible before colouring books (and the ancillaries that share market space) are supplanted by another unexpected publishing windfall.