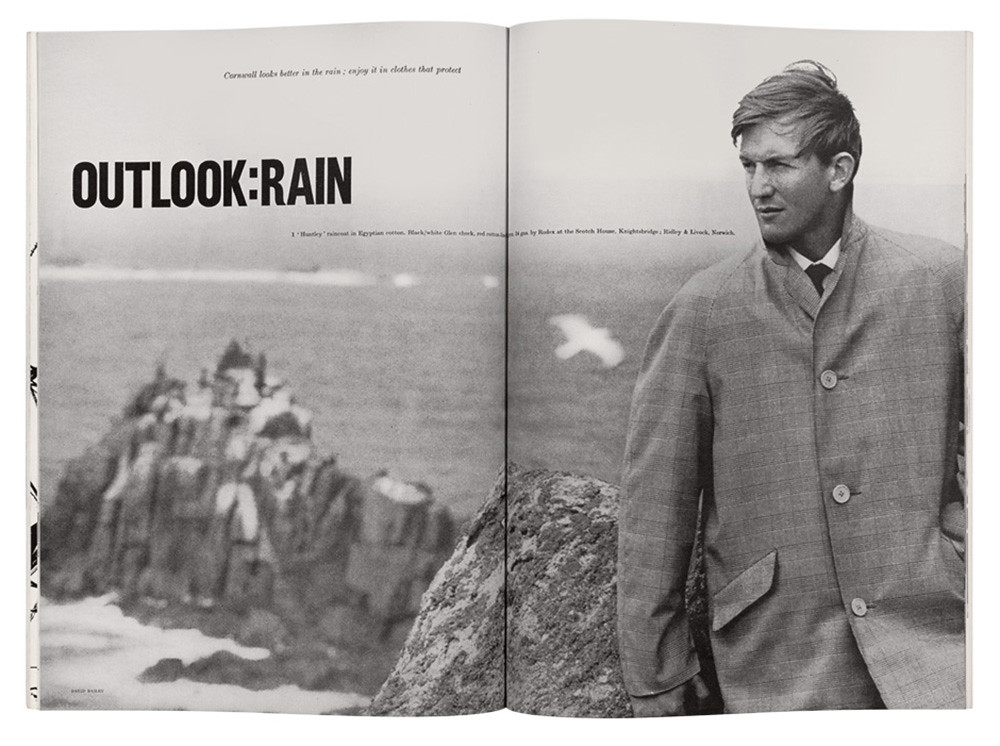 David Bailey (b. 1938) was born in east London and has been an internationally renowned photographer for more than 50 years. ‘If you came from the East End, there were only three things you could be – a boxer, a car thief or maybe a musician,’ Bailey once stated But postwar socio-cultural shifts meant that he became both the chronicler of and a participant in the febrile excitement of ‘Swinging London’. Irreverent, good-looking and prodigiously curious, he not only shot the celebrities reshaping culture but became one in his own right.

Bailey bought his first camera while doing National Service in Singapore. In 1959 he assisted fashion photographer John French before setting up on his own. Among his clients were newspapers and magazines, including Vogue, where he met Jean Shrimpton. Together they began a highly creative professional relationship.

Wolsey commissioned Bailey for Town, encouraging him to shoot on location with a 35mm SLR handheld camera. Wolsey described his own process as ‘osmosis’ rather than art direction. He collaborated with people he felt were on the same wavelength. Bailey was, and their shared loved of film is visible in the nouvelle vague echoes of the features they made together. In 1962 Bailey developed this new approach for a Vogue commission with Shrimpton in New York, which was heralded as ‘turning the fashion world upside down’.

He took the gestures and movement of the street into the empty studio space, shooting both fashion and stark, tightly framed, black-and-white portraits. David Bailey’s Box of Pin-Ups (1965) was the epitome of this style. Goodbye Baby and Amen: A Saraband for the Sixties followed in 1969. Bailey’s portfolio includes multiple advertising campaigns, films, three TV documentaries, numerous editorial shoots, and 30 books. He has initiated many photographic expeditions to challenging places and cultures.

Top: September 1961. Photograph: David Bailey. This is the first of three innovative fashion shoots from the late summer of 1961 that nods to a new journalistic mood. Bailey plays with depth of field and selective focus to create filmic sequences and a faux narrative that resonated with Wolsey’s fluent layouts. His positioning of the curt headline and standfirst and the long caption drives the story through to the following pages.