Design that disappears: the blackboard at St John

Asked to nominate a favourite item of information design, illustrator Paul Davis had no hesitation in naming the bar menu blackboard at St John restaurant in Clerkenwell, with its ‘nose-to-tail’ philosophy of serving authentic food 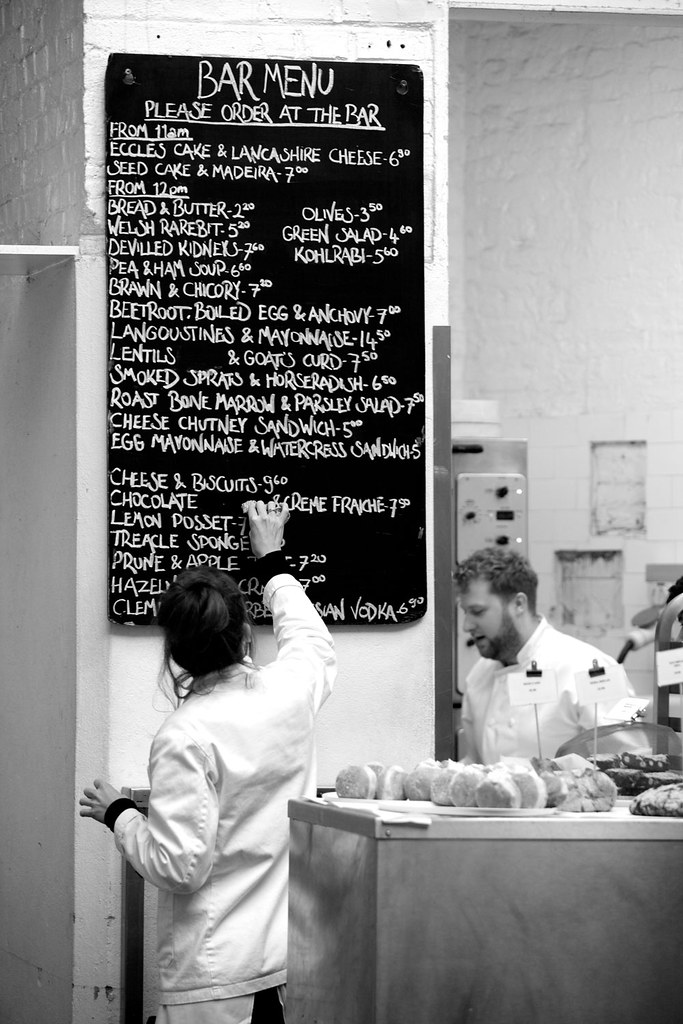 You don’t see the restaurant until you’re in front of it. Or, if you’re lucky, when Fergus Henderson (St John’s chef and co-owner, with Trevor Gulliver, since 1994) is outside, smoking and cradling a Madeira with a look of bewildered contentment.

Henderson offers you a ‘stiffener’. You oblige, go to the bar and order the same and go back out, fully aware that the bar’s blackboard, with its white chalk lettering, has burned itself on to your retinas.

The sign doesn’t change much. It is perfectly clear in its show and tell. The information seduces, it just works, like finding a ‘You Are Here’ map in a strange city. The design disappears but you know exactly where you are.

A few words jump out like … sprats, Welsh rarebit, brawn & chicory, grilled Jerusalem artichoke, deep-fried chitterlings, beetroot, boiled egg (far from dull) and anchovy and the famous roast bone marrow on toast. All the items are very good to eat, even the duck hearts on toast, or the enigma of fried chitterlings. You have to try because the blackboard tells you to: look at me, don’t be a wuss, at least enjoy the crispy pig’s ears.

Everything about St John – the menus, books, storage – shows a lack of fuss, as do the bread, the wine, the service, even the settings, glasses, cutlery and crockery.

It’s all designed with grace and charm: even the city boys calm down when they enter. Maybe that’s the truth of why the blackboard works: it calms you into a sense of well being, a big flat, chalky maitre d’. As Gulliver puts it: ‘We’ve always found our blackboard suitably functional.’