Jenny Grigg’s covers, literary but not literal, were perfect for Peter Carey. Which helped when she had to design them a second time 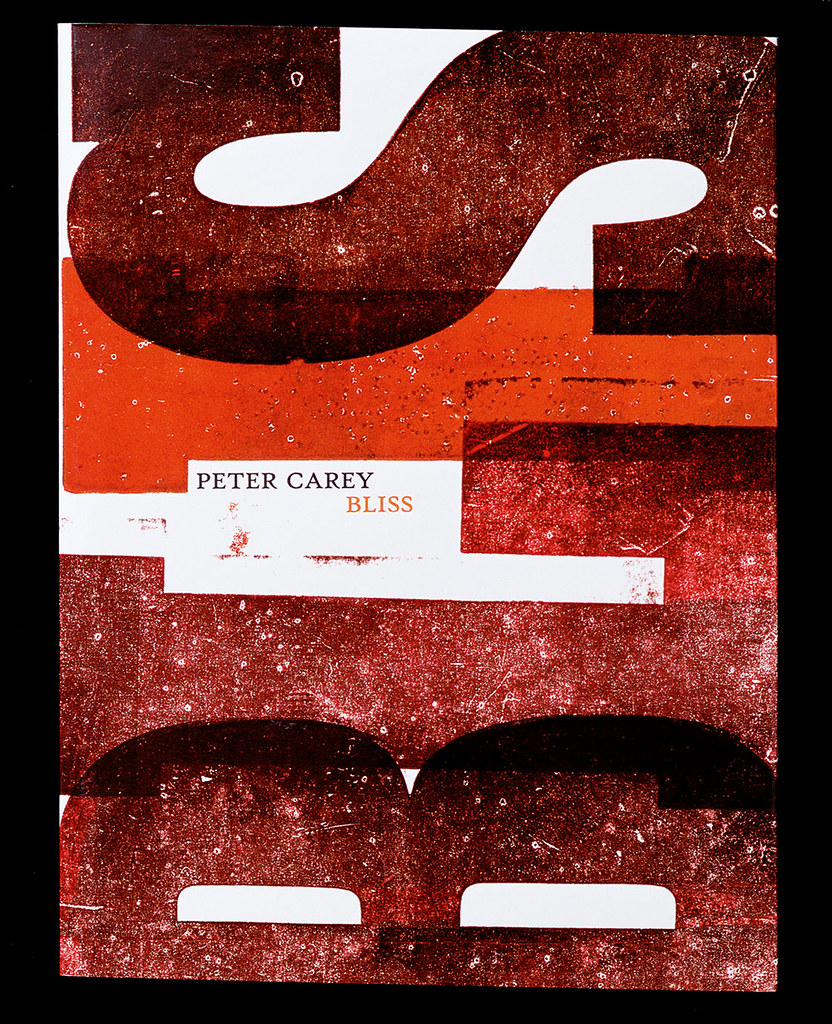 Fiction covers all too often employ a market-driven and mechanical view of an author’s work, simplifying its representation to a series of narrative vignettes. Yet since 2001 Peter Carey has had not one but two reissues of his novels in his native Australia, a total of nineteen beautiful, rule- breaking and commercially successful book jackets, all the work of one designer in collaboration with one publishing director. How did they manage to do it differently?

Twice a winner of the Booker prize, Carey is perhaps Australia’s greatest living writer. In 2001 the University of Queensland Press, celebrating its 30-year association with the author, reissued his entire backlist as a series. For designer Jenny Grigg, living in a bush cottage on the outskirts of Brisbane, it was a career-defining commission, and the beginning of an unusual collaboration that would span an additional reissue and three further covers.

Jenny Grigg’s wood type covers for the uniform Peter Carey edition published by the University of Queensland Press (UQP) in 2001. Grigg wanted to get away from the standard paperback dimensions. Her solution was to guillotine the conventional size to a new squat format that adds shelf presence and ‘sits in the hand’. Below. A jumble of letters make up the cover of Carey’s Collected Stories. Top. Bliss. 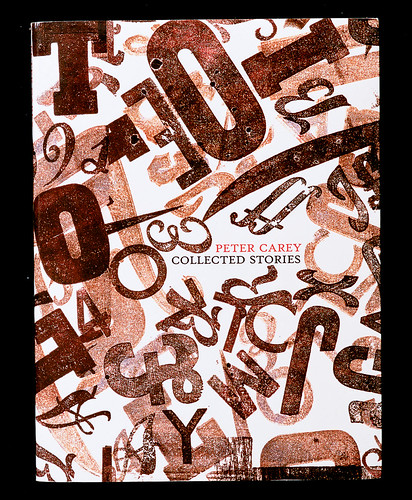 Grigg had already had an award-winning career, having worked in Australia as an art director at Rolling Stone and HQ magazines, MTV, HarperCollins, and as a designer at Pentagram in London. Yet her experience in book design was minimal. She had recently moved to Queensland and sought out UQP, meeting up with the company’s publishing and sales director, Carol Davidson. ‘She came with some really bold type she’d hand-printed with wooden blocks,’ says Davidson, ‘and I just loved what she showed me.’ So much so that Grigg walked out with the commission to design Carey’s complete backlist, a case, as she puts it, of ‘right place, right time’ …