For thirty years Edward Fella was a commercial artist. In his sketchbooks, he applies his mastery of lettering and illustration styles to brilliant improvisations 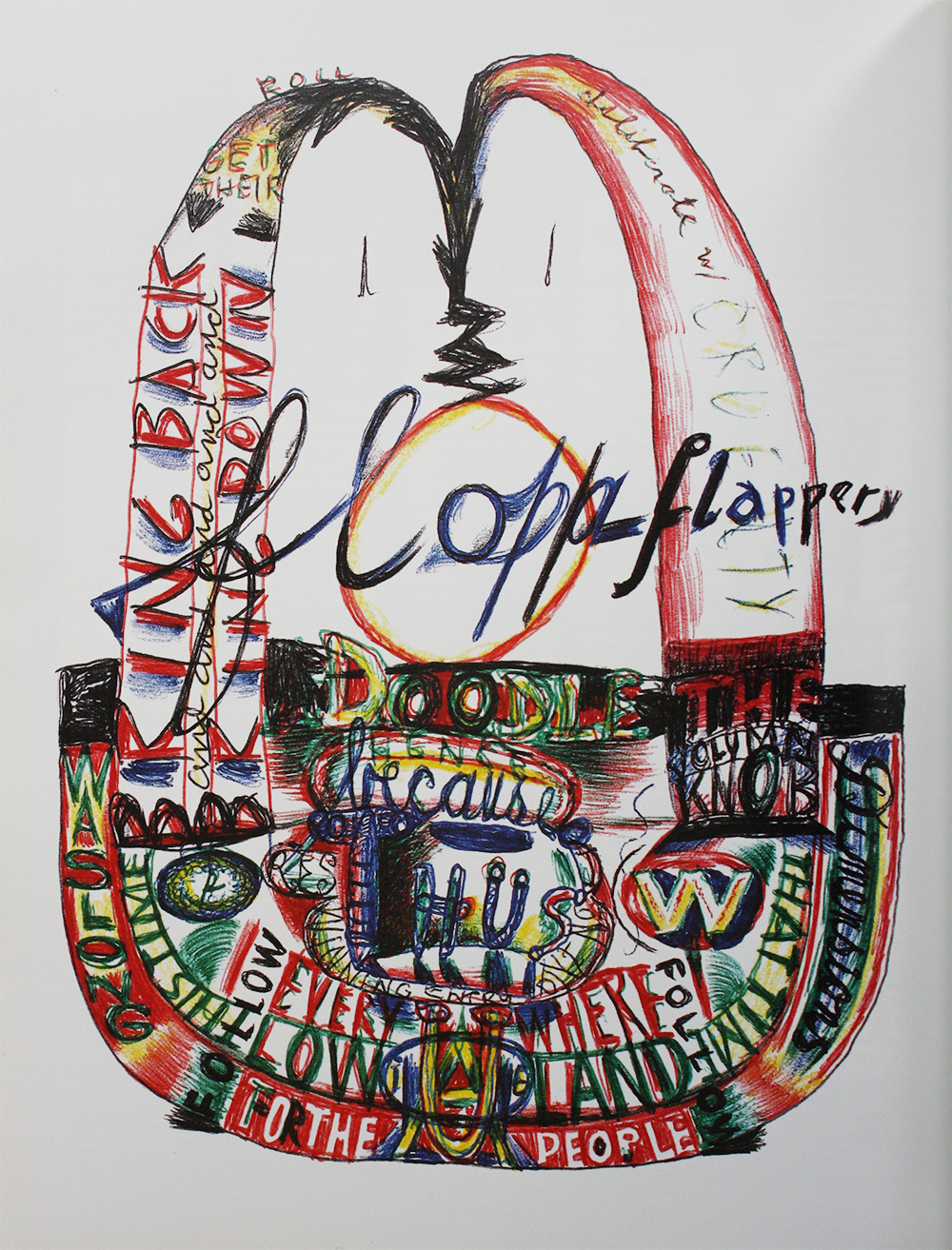 Edward Fella carries a sketchbook with him wherever he goes. In spare moments watching television or waiting for a film to start, listening to a talking book on his Walkman or a radio phone-in, sitting in a faculty meeting at California Institute of the Arts or dining in a restaurant, he takes out the book and, almost compulsively, with no particular destination in mind, begins to draw.

Edward Fella’s sketchbook, completed between 30 May and 16 October 1992, on the theme of lettering. 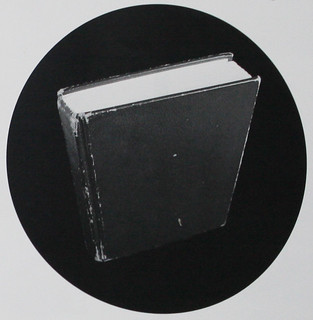 Since he acquired the habit in the mid-1970s, Fella has filled more than 45 books of different sizes with collages, intricate pencil and template drawings and, since 1987 (the year he moved from Michigan to take up a position teaching graphic design at CalArts), with obsessive quasi-surrealist doodles created using his standard kit, a four-colour Bic ballpoint and yellow pencil. The sketchbook above from which the pages shown here are taken, was completed between 30 May and 16 October 1992 and contains 110 drawings on the theme of lettering, each one occupying a single right-hand page.

Edward Fella: ‘It’s an end game, an undoing or redoing or deconstruction of all the stuff I’ve done all my life to create meaning.’ 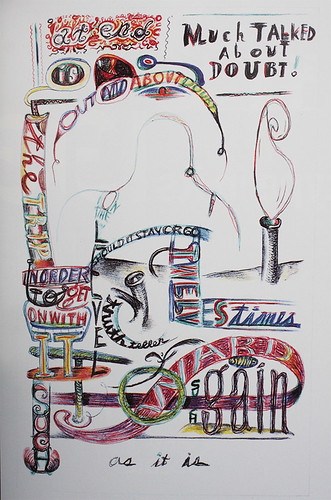 In these crackpot improvisations, using words and phrases plucked from the air, a prodigious array of lettering styles and cartoonish imagery, Fella doesn’t so much take his line for a walk as force-feed it hallucinogens and release it babbling on to the page. If he sometimes makes ‘mistakes’ as his ballpoint flicks across the paper, he covers his tracks so well you would hardly notice.

The precision is a reminder of the thirty years Fella spent as a versatile and highly disciplined commercial artist, whose career began in 1957 as an eighteen-year-old apprentice in a Detroit art studio that supplied agencies with design services, photo-retouching and mechanicals. Then, as now, Fella was never a realist; there was always an element of distortion in his decorative lettering and spot illustration. As an echo of those days, almost every page in his sketchbooks has a faint pencil line to mark the edges of the design.

Edward Fella: ‘I’m an expert at this. I was a professional artist. I can’t help but do a beautiful doodle.’ 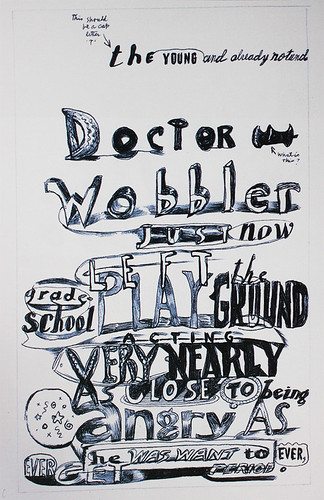 Fella more or less withdrew from commercial practice after gaining an MFA in his late forties at Cranbrook Academy of Art and becoming a teacher. But, as he himself observes, after so many years of professional practice ‘the machine is still running’. In the sketchbooks, he uses his formidable technique to make art about the commercial art he once used to make – with a knowing salute to outsider art and the folk vernacular along the way. There is a sense also in which the machine is now running in reverse, churning out signifiers that no longer signify, ‘undoing’ the coherent meanings of his professional career (though not, Fella says, in any way disowning it). He likens the act of drawing to a form of ‘withdrawing’; his attempt to extricate himself from the page by a series of ad hoc formal manoeuvres is the process by which the drawing is made.

The sketchbooks have another, more practical purpose. ‘It’s a kind of really far-end experimentation,’ says Fella, ‘a system that I’ve set up for myself that allows the subconscious to come out – within a structure – by shifting my attention to something else.’ Many of these explosions of spontaneous form will inevitably lead nowhere; others may find an outlet in the 11 x 17-inch posters that Fella designs – after the fact – to ‘announce’ events at CalArts. Beyond this, the question arises as to whether the sketchbooks might be exhibited or published. Fella claims to find them ‘kind of boring’ and their relentless, almost profligate, visual invention is certainly as overwhelming as it is seductive. ‘Nobody has the patience to deal with hundreds of these pages,’ their creator laughs. ‘But a small sequence, you can study.’

Edward Fella: ‘I never see the finished thing in my head. I never have anything in mind. I start each page in the most random way.’ 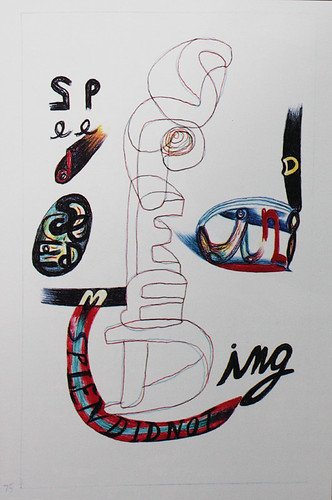