Fired up and hired

MTV has championed animators from every corner of the globe, while the technology of creation and delivery has been evolving as fast as the channel itself. But now the stakes have changed 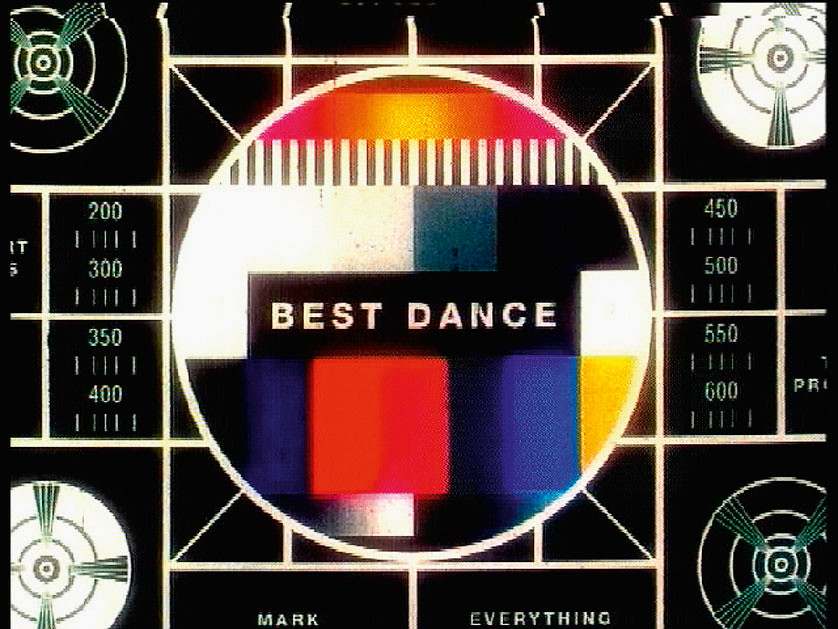 Since its launch in 1981, MTV has occupied a unique position in the international broadcasting industry, building an unstoppable global brand while adding credibility through the use of left-field graphics and animation.

In addition to its core content of reality shows, celebrity gossip and video charts, the MTV [Music Television] network produces more than 10,000 ‘clips’ (original motion graphics) every year, aired across 166 channels and 350 digital media, to 578 million households in 162 countries.

For insights into the way MTV has encouraged grassroots creativity, turning illustrators and other image-makers into movie-makers, I contacted a selection of MTV collaborators past and present, working across media and for various MTV channels worldwide: freelancers, ex-staffers and current staff.

Paul Ayre, originally a graphic designer who dabbled in animation (‘a friend at the BBC let me play on the Quantel Paintbox’), freelanced at MTV Europe in the early 1990s before taking a job there and rising to be head of On-Air Graphics. In 1998, he moved to the network’s kids’ channel, Nickelodeon, as art director of On-Air Graphics, finally leaving in 2005.

‘There’s definitely a link between technology and design ... [In] the late 1980s, television graphics weren’t ideas-based, they were limited to what the kit could do, and they looked very straight, classic, techie.’ Not only was the ‘kit’ evolving, so, too, was the working method. ‘Being at MTV was like doing a graduate degree; we all experimented, tried things out with type and illustration, making it up as we went along. Graphic designers could direct; directors could design; it was all about realising your idea.’ 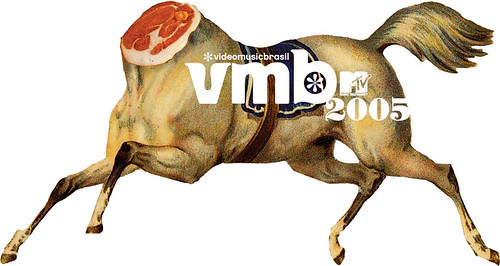 Producing station idents, programme titles and promos and PSAs (public service announcements), Ayre layered images and fast-moving informational graphics, and played with the aesthetic of the screen and the conventions of broadcasting, exaggerating grain, pixel, raster pattern and random glitches, even subverting the test-card. He also helped the network’s freelance illustrators and designers realise their vision, working with, among others, FUEL, Tomato and Anthony Burrill.

‘People who didn’t fit the mould were welcomed in,’ he recalls. ‘In fact, they were sought out – painters, fashion designers, not just the obvious choices – so as to broaden the talent pool.’

Run Wrake was also an early collaborator, with ‘M Stands For’ (1993). ‘It was my first taste of broadcasting,’ he recalls. Five years later and an hour-long compilation of his work, Director’s Cut, was used to launch a new channel, M2, in Europe. The technology and working methods continued to evolve, and expand the genre. ‘At first, I provided A3 artwork, which was shot and edited on film; but, the “Musicman” idents (2005) were made in Photoshop and AfterEffects on a Mac.’

Having worked in-house alongside Ayre, Russ Murphy now contributes to MTV channels in Australia and Asia, having set up his own studio, Ruff Mercy. He disputes the received wisdom that, because of low budgets and tight deadlines, the network is solely a stepping-stone for creative newbies. He appreciates the opportunity to ‘keep pushing myself, while still earning a pay cheque.’ But he notes: ‘MTV UK is no longer allowed to employ freelancers unless they are a limited company, which could mean an end to those small low-budget jobs given to new artists starting out.’

Since MTV Europe launched in 1987, the network has expanded, going ‘glocal,’ setting up regional channels worldwide. Differing demographics, coverage and co-partners, add up to widely varying approaches and aesthetics. 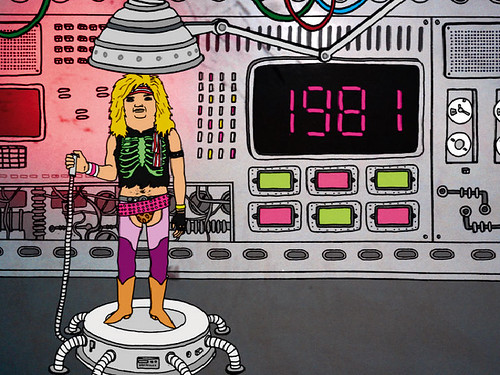 Fernando Leal took a pay cut to work at MTV Brasil because the competition for jobs there was so great. ‘It was chaotic, it was “guerilla” style! We had to improvise, which is challenging, it wasn’t a “software show-off.”’ But it was, he says, ‘one of the most talented design teams in Brazil.’ Leal’s digital collages transform antiquated ephemera into surreal visions ‘but working in-house it’s not possible to maintain a personal style ... so my plan was never to stay too long.’ He also knew that such an international brand in his portfolio would help garner respect when he relocated to London.

For designers in their twenties and thirties, early exposure to MTV was influential. Ramiro Torres credits MTV’s ‘unique branding identity’ for his decision to become an animation director. Working in-house at MTV Latin America (headquartered in Miami, at MTV USA), he says, shaped him: ‘You needed to understand the entire production process and be hands-on, because of the limited development resources, but the payoff was creative freedom.

Andre Andreev and G. Dan Covert of Dress Code (see ‘Mad about awards,’ Eye no. 69 vol. 18), were also staffers, this time in New York, working across all the US channels. Trained as print designers, they quickly accumulated skills. ‘It’s a kind of incubator for talent … and, when we were ready to leave, our bosses were very supportive.’ At first they would storyboard an idea and hand it over to an animator; but now, since setting up Dress Code, they sell back their technical skills, creating logos, ads, packaging and animation for the network.

The edge beyond the trend
Anton Sakara, in-house at MTV Russia between 2001 and 2007, continues the collaboration via his own studio, Raketamedia. He explains how MTV’s demographic (aged between 12 and 34 depending on the channel, with a core market of 16- to 24-year-olds) necessitates constant innovation. ‘Young people are into the latest trends in fashion and design, so you have to be at the edge,’ he says. ‘Sometimes this edge is far beyond what’s trendy today; it should be futuristic, break the rules, mix up different styles, but finally, appear “suitable,” otherwise it’s too predictable for the audience.’

That said, motion graphic designers need to be trained typographers. ‘A designer can make vertiginous camera movements in 3D, but when it comes to using type, that’s the breaking point,’ Sakara says. ‘Computer-generated types are becoming more predictable, so we hand-draw type and images.’ And although he prefers to work with a team that includes a dedicated illustrator, because of their ‘really deep skill level,’ he has seen print designers master motion and broadcast design ‘in less than a year.’

After nearly 30 years in business, MTV is a household name and commercial success. Yet with technology-led upheavals in the broadcasting and music industries, and the development of new media, the stakes are now much higher. Fortunately, there is still room for innovation across these multiple platforms. Craig Robinson was part of the team hired to re-design MTV Germany’s website, from which he developed his tiny monochrome characters, Nanopops and Minipops, as GIFF animations, which pay tribute to classic music videos by Outcast and The Police. 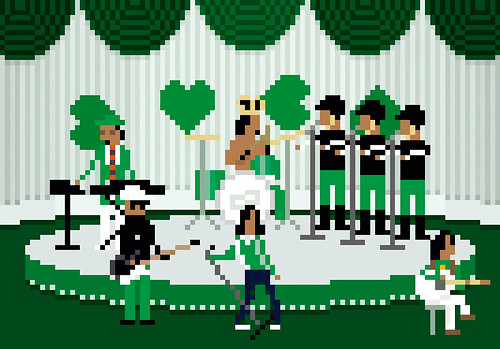 MTV now competes for its audience’s attention via websites, Twitter and mobile phones, and by encouraging interactivity and content sharing. Animator and film-maker Johnny Hardstaff designed the character Cherry Girl, launched via his 60-second film, as the centrepiece of an environmental campaign; this has been broadcast globally and boasts four dedicated websites. ‘We’re migrating towards other media,’ he suggests, ‘not one stream as before, but many … things are mutating wonderfully … perhaps it’s time to drop two consonants?’

It is indisputable that MTV helped develop the genre of motion graphics, by schooling illustrators and designers in new technology and giving them valuable air-time to demonstrate their creativity. But can MTV still be regarded as an ‘incubator’? Thanks to the editing capability of today’s Macs, low-budget has become no-budget; nascent animators can make and air their personal projects (on YouTube or Vimeo) beyond the remit of any institution, even a benign one.

And the culture at MTV has changed too. ‘All TV is corporate,’ says Ayre. ‘It’s about ad revenue, audience share, making money.’ Pointing to MTV specifically, he adds: ‘There’s no risk-taking ... the creative department was once a powerful entity, not any more.’ There are rumours flying around that the entire network may be consolidated under one aesthetic, and that creative services are to be centralised. If that happens, MTV’s impressive diversity will be lost, and those small, seminal opportunities for nurturing new talent may become a thing of the past.