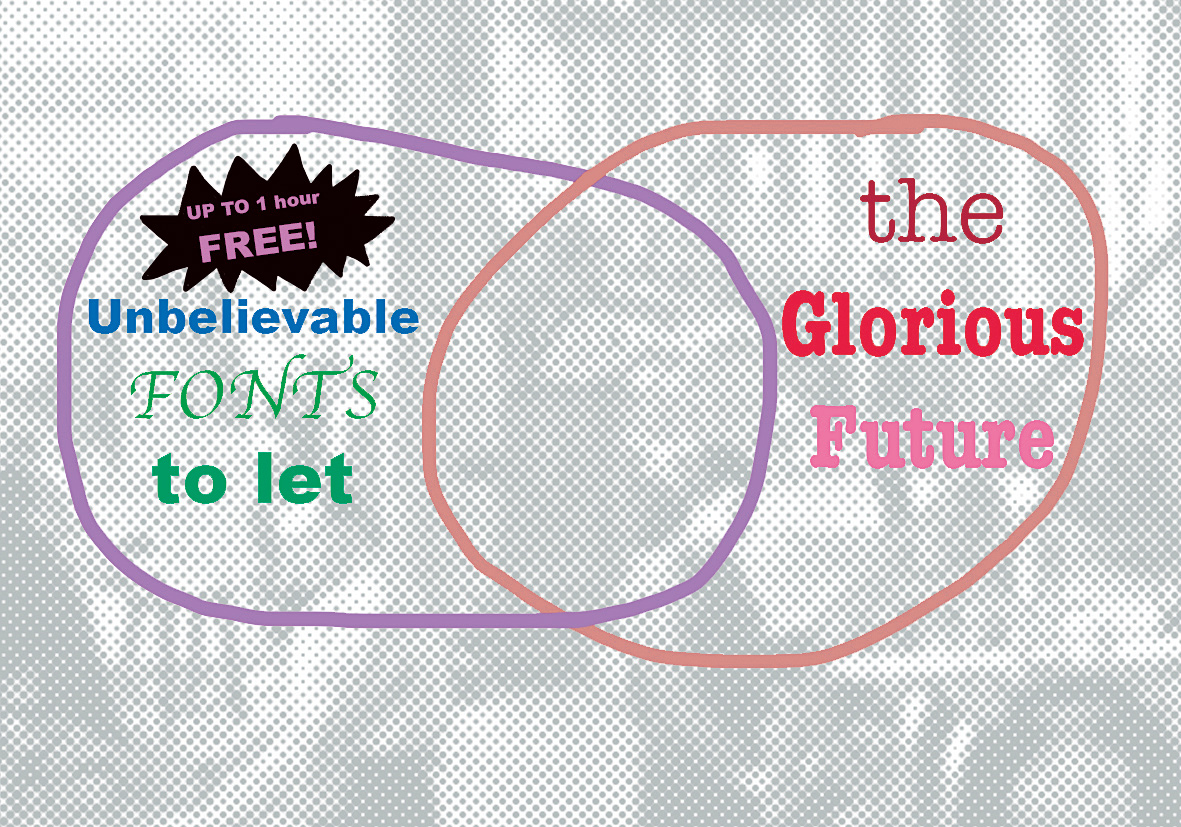 Budding graphic designers have a hard time exploring the type market today. Online sources of information are often purely commercial or downright unreliable, and while there are dozens, maybe hundreds of micro-foundries with well made websites, young graphic designers and students have trouble finding their way through the forest of fonts. Fontstand, a Dutch-Slovakian distribution network, is now coming to the rescue with an educational font licensing programme. Could this be a gateway to a brighter typographic future for students?

Fontstand was launched in the spring of 2015 by Peter Biľak, owner of the Typotheque foundry in the Netherlands, with friends from his native Slovakia. Its unique selling proposition is its method of presenting, leasing and selling digital type. Crucially, it is possible to ‘borrow’ a font for an hour to do a realistic test, even printing it out, instead of relying on the frustrating guess that is a pure screen test – and the loan is free. Fontstand’s most innovative feature is the leasing system. A typeface, or a complete family of faces, can be rented for a month at ten per cent of purchase price; for many one-off projects, one or two months is sufficient. If a project or publication is granted a longer life or gradually grows, the monthly lease can be converted into a permanent licence – after twelve months the font can be kept and used forever. Fontstand’s carefully curated selection of individual foundries and type designers also represents a smart alternative to the endless hypermarket (of increasingly mediocre typefaces) that major platforms have become, most of which are now owned by Monotype.

Biľak says: ‘When we started we didn’t have a target … we simply thought it was the right time.’ They now have more than 33,000 registered users. And at the time of writing, 51 quality-conscious, independent foundries have joined Fontstand, offering 1374 families, and the number is growing.

One-hour poster
From the outset, art and design schools found smart ways to use the Fontstand system in their typography courses. Johannes Bergerhausen, professor at the University of Applied Sciences Mainz, used the free test feature as an inspirational constraint.

‘Fontstand is a very useful tool for graphic design students to get immediate access to many high-quality fonts,’ says Bergerhausen. ‘I created an assignment that was made to fit the platform’s one-hour free test option. The task: design a poster based on a quotation, using a typeface from the Fontstand collection in 60 minutes. While they only had an hour to complete the experiment, they could return to the site anytime for another attempt. The built-in constraint resulted in many interesting posters.’

As a signal of Fontstand’s determination to help create a healthy typographic community and listen to the type-users’ wishes, the company organised a meeting in Zagreb in April 2018, bringing together type designers, foundries, educators and users. According to Biľak, ‘Many schools no longer have [closed-circuit] computer labs, and therefore can’t acquire educational licences. When it comes to finding font and software licensing, students are on their own.’

Students often find themselves either illegally downloading fonts, or making do with sub-standard free fonts. Indra Kupferschmidt, professor at HBKSaar (University of the Arts in Saarbrücken), suggested a possible solution. Asked about the school’s typeface dilemma, she replied: ‘In our art school students use their own laptops to work in our studio space, or at home. Licenses a school buys cannot be installed on non-school devices, and students are – understandably – reluctant to pay a lot of money for their own licenses. Some foundries have occasionally provided fonts for free for specific projects but are reluctant to give us files without knowing where they will end up.’

As a font streaming service that allows fonts to be installed remotely and temporarily on user’s computers, Fontstand offers a solution to this predicament. Its new educational font licensing programme, introduced in July, allows schools to license fonts temporarily for students’ private computers, even when they are used outside the institution. Students at participating design schools can rent fonts for half of the platform’s regular rental price; the foundries, meanwhile, still receive their full royalties. ‘Fontstand will effectively forgo its share of the licence fee,’ Biľak says: ‘We see this as a win-win-win situation: schools get a convenient, affordable font-licensing solution, students get to work with professional-quality tools on their own computers, and foundries and type designers get full payment for their work.’ Individual students who sign up get a small yearly font credit.

Kupferschmidt had used the voucher system immediately after Fontstand’s 2015 start. ‘I had the idea to use my end-of-year budget remains to buy Fontstand vouchers to give out to students as they needed them. The educational programme has made this cheaper.’

Renting by the month
With many schools on their summer holidays until recently, the results of the educational programme so far are modest. There have been many individual enquiries about joining the Fontstand programme, however. Biľak says: ‘We started this educational programme as a response to specific patterns we noted – students seeking dubious free fonts, bringing those practices even to their professional life after they graduate. We now give design students font credits during their studies. About 1500 students have already used this opportunity.’

In a commercialised world where conceptual quality and personal commitment are often abandoned in favour of shortcuts to quick mass appeal and high profits from ‘low-hanging fruit’, the Fontstand initiative is doubly welcome. First, it offers a well wrought collection of superb, affordable typefaces; second, it provides useful background information and texts by some of the type world’s clearest voices – a task sometimes neglected by the larger platforms.

At HBKSaar, the new programme is well under way. Kupferschmidt places ‘a lot of emphasis on making the selection of the most appropriate typeface part of every project. The growing list of trial fonts from some foundries is great, but really, a single destination like Fontstand where I know that anything they pick will be of reasonably good quality, has been a major help.’

She says: ‘Renting by the month is perfect for school work, as most projects only run for a few weeks anyway. You can be more experimental, daring or cutting-edge if you pay only €5 instead of investing a huge sum in a type family – one you feel you now have to use for everything.

‘The students are compelled to practise choosing new fonts with each new project, to pick from a large collection and not just go with what they licensed before.

‘This has resulted in more fitting and varied work. The students learn about different independent foundries and designers and have become more interested in finding new and unusual fonts.’