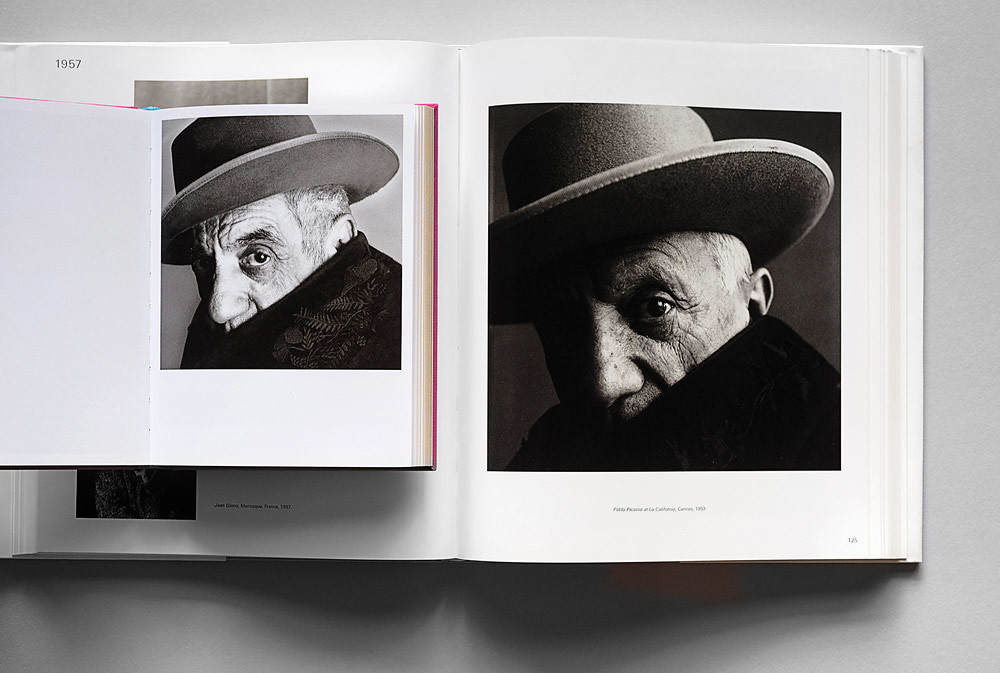 Here, between cupcake-pink covers, on gilt-edged pages, is a confection of photography in a book that is both playful and deep. Viewed without prior knowledge, Looking for the Masters in Ricardo’s Golden Shoes by Catherine Balet (Dewi Lewis Publishing, £35) sets off a cascade of questions: how have the photographs been made? Real-life gumshoe investigation and shutter-firing, or a show-off retoucher’s walk in the park? Is it homage? Satire? Trickery? Who is the protagonist? What viewpoint is being presented, given the possible interpretations that are being revealed, layer by layer?

Certain cinematic moments spring to mind: Woody Allen’s Zelig, in which the film’s fictional hero Leonard Zelig is airbrushed (or Photoshopped) into history; Spike Jonze and Charlie Kaufman’s Being John Malkovitch, where Malkovitch’s face appears over and over again, a multiple motif.

The photos within the book are, in fact, loving recreations of 100 of the most well known, admired, influential and iconic photographs ever taken, and made by a pair of long-standing friends, the photographer Catherine Balet and her collaborator, the actor and stylist Ricardo Martinez Paz. The latter appears, in one way or another, in each of Balet’s photographs, morphing himself to convincingly play the subject(s), male or female, of some of the most famous images from photography’s history.

Balet says of Martinez Paz: ‘As a teenager he fell in love with an autographed portrait that he had received from Audrey Hepburn and his wish was to become an untouched black-and-white photograph in a frame.’ Martinez Paz’s presence eerily inhabits the photographs and he enters into each with genuine empathy. His ability to assume stances is remarkable. He appears to be wearing his surroundings in the re-staged images like a well fitting suit of clothes. And if there are twinklings of humour, it is laughing with, not at. It is true love.

Balet has remade these early and modern classics, she says, ‘to create my own subjective museum of photography.’ She uses a traditional approach in camera, but this is followed by the latest image processing technology to achieve the correct grain, texture and feel.

Sharing is everything
What is extraordinary is the accuracy with which Balet and Martinez Paz have captured the detail of the emotional power of the originals. And what a face Martinez Paz has, with its Buster Keaton-like pathos and its ability to switch genders in a way that defies pastiche.

That it is acceptable these days to reproduce work from the pantheon of the photographic greats, and present it as your own, is interesting. In the Instagram age, sharing is everything and Balet talks of this in her accompanying essay. Following Balet’s thoughts, maybe these photographs can be seen as elaborate selfies, with Martinez Paz as a tourist visiting landmarks of photography and juxtaposing himself, all dressed up. Perhaps his time-travelling shoes – like Dorothy’s in The Wizard of Oz – have taken him there after he tapped his heels together?

In addition to the 100 recreations, the series finishes with twenty images that exemplify trends, as identified by Balet, in contemporary photography. These include: ‘levitation’, ‘hair hiding face’, ‘abandoned places’ and the ‘Flowers on flowers + Twins trend’. These classifications are a little less engaging, even though Balet points out with some insight that their existence reflects the Zeitgeist.

Martinez Paz wears the shoes of the title throughout the series, wherever there is the opportunity to include them. They are gold-toned with rumpled leather and well worn soles. They are also symbolic of the real-life Martinez Paz’s personality and of the metal’s immutable value. As you turn the gold-edged pages, your excitement builds for Martinez Paz’s newest guise, his next incarnation, and on the occasions when his gold shoes do not appear in a shot, his feet being out of frame, I would guess that he is still wearing them like a true method actor.