‘Musicians are cooler than normal people, even if they’re flakey and poor!’ – Chattanooga’s Young Monster 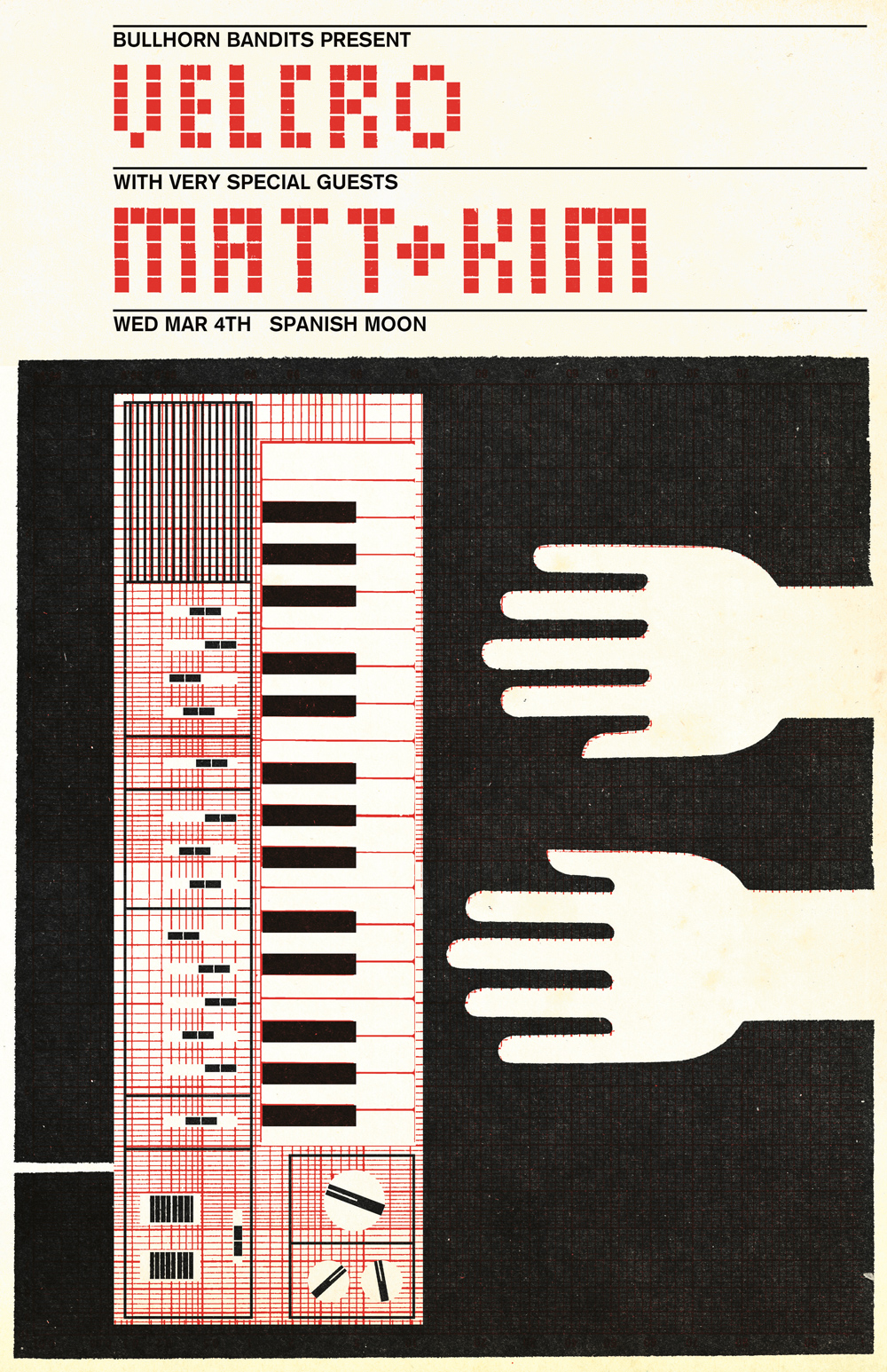 They couldn’t have found a more fitting name. Young, weird and ‘stoked’ by rock, Chattanooga-based design collective Young Monster has been producing concert posters for little more than a year now (the posters shown in Eye 76 are from 2009). The traditionally morbid imagery of rock is subverted by the lively messiness of screenprinting and a collision of overlapping references, from primitivism to Americana. Their type is emphatically tactile, real, hand-made – anything but nice. In these elements, Young Monster’s posters, roughly A2 in size, share a grittiness with both the music they promote and the existential condition of local artists.

This grittiness is, however, not so much a result of carefully conceived design as of functional overlap, since the Monsters are also musicians. Founder Nick DuPey finished a degree in fine arts with an emphasis on drawing and painting, then went on to play in bands and work in a deli before pursuing a masters in graphic design. Scott Campbell dropped out of art school altogether to play music but continued to make posters for his and his friends’ bands. Zach Hobbs, a designer, claims to have discovered in Young Monster a way to keep his concert attendance from competing with his addiction to work. Alison Burke came on board to write and make clothes.

Each of the four brings in his or her own jobs, though they do sometimes work collaboratively. Healthy competition within the team, according Burke, ‘makes you want constantly to put out more and better and more interesting things’. On the other hand, says DuPey, ‘the good thing about being … a team is that we can all take part in each other’s successes.’

This combination of teamwork and individuality has in any case produced a recognisable kind of weird. Call it style? Hobbs says: ‘It’s not really cool to say it any more but we are fucking new wave. We are not part of any bullshit system. Will I do a Grateful Dead poster, however? Of course I will.’

For Young Monster, launched on a modest community grant in the middle of an economic downturn, there are good sides to pretty much everything: competition, teamwork, music clients, non-music clients, even low budgets. ‘Musicians are cooler, more fun and more creative than normal people,’ says Campbell, ‘even if they are flakey and poor.’ But then again ‘We love work[ing] cheap,’ counters DuPey, ‘because we can design whatever we want.’ And they even have an answer to that question of questions, the bane of jaded creatives: ‘Do we really need any more fucking bands?’ asks Hobbs, ‘Well, yes we do.’

This monster-sized enthusiasm is buoyed by a serious belief in the potential for honesty in music and design. For Young Monster, posters have the capacity to reflect not just a band’s personality but some essential quality of their music. A poster for The Appleseed Cast’s dark instrumental cut ‘View of a Burning City’, for instance, depicts much more than the outlines of a city in flames: rather, it shows someone burning the city, as if only music might discover the culprit, magnify him and raise him up. And yes, there are broken bodies, contorted sex references, monsters of every kind – but all of these are, like the group, and like the young bands they represent, imbued with a youthful perspective and an essentially good nature.

‘Our work, the process, the theory of [our] design,’ says Hobbs, ‘is trying to amplify the hook. The hook is [the part of a song that] gives you the chills. I want our posters to do the same thing.’

According to DuPey, this amplification is possible thanks to similarities in the creative process: ‘[Design] is no different to writing a song. The song writer may go for a vibe on a song in the same way that we listen to a band and then go back to all of our personal experiences with design and music to try to hash out a design.’

On the other hand, this faith in honest representation seems sustained, in return, by the collectively magnified enthusiasm that it generates. ‘You are stoked? Then we are stoked,’ Hobbs explains. ‘It’s the natural balance of being bros, friends, partners, lovers, etc. We are here to produce, period.’ 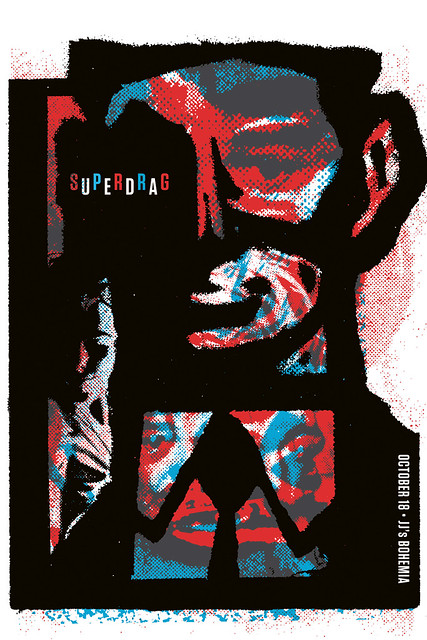