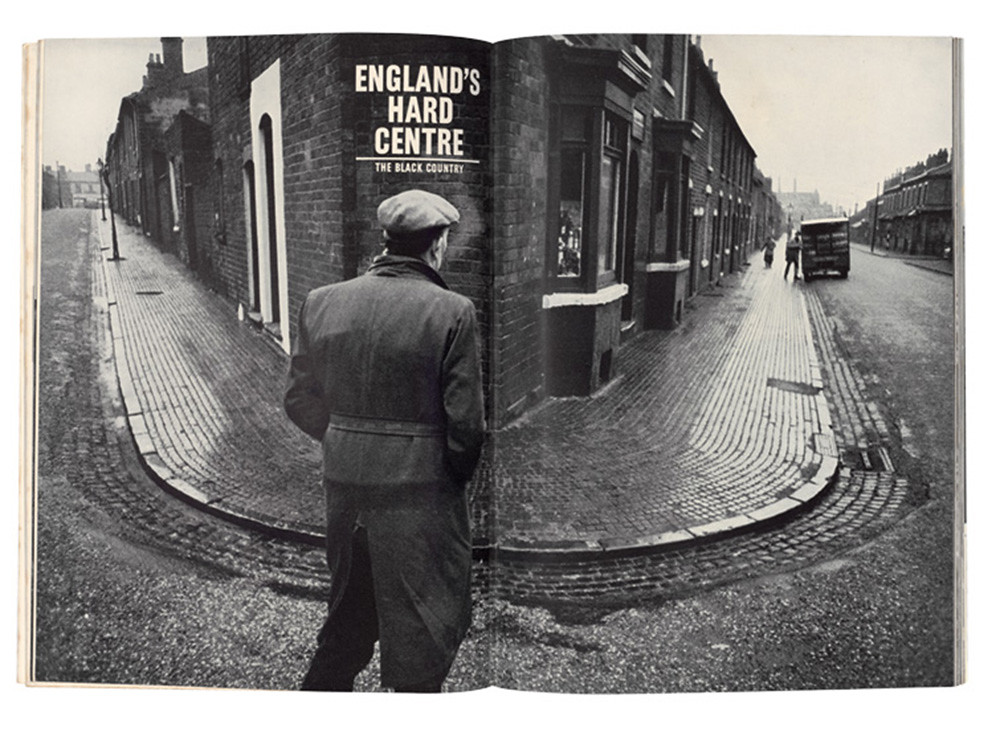 John Bulmer (b.1938), a photo-journalist and filmmaker, is recognised for his pioneering colour photography in the 1960s. Bulmer grew up in Herefordshire and developed a teenage love of photography. Cartier-Bresson and Eugene Smith inspired him and while he was an engineering student at Cambridge University, photo-journalism became his interest. He co-founded Image magazine and shot stories for Varsity, Queen and the Daily Express.

Like many of his Cambridge contemporaries, Bulmer joined the media in London. The Daily Express offered him a job. ‘It toughened me up,’ he recalls. And he learnt fast. He was the first of the newspaper’s photographers to replace his Rolleiflex with a lightweight 35mm SLR camera. The Paris Match and Life photographers favoured its wide-angle and telephoto lenses, which were to define British reportage.

Town commissioned Bulmer and a writer to compare the 1960s boom town of Watford with the economic decline of the Lancashire mill town, Nelson. This was the first of Bulmer’s many trips to the north and he remembers it ‘opening my eyes to a new world – as exotic as darkest Africa’. His penetrating approach gave Wolsey the imagery to create some of Town’s most audacious spreads.

Until the mid 1960s, photojournalism was predominately black and white; but Bulmer explored the exacting demands of 35mm colour film early on. When The Sunday Times Magazine was launched he was hired for his technical skill and (rare) ability to think in colour. He became one of the magazine’s most prolific contributors, travelling extensively in the UK and internationally. In 1964 an entire issue was devoted to his demanding assignment in Africa that covered the continent’s growing nationalism.

When the editorial focus shifted to lifestyle in the 1970s Bulmer turned to filmmaking, and the opportunities that television offered. He returned to Herefordshire in 2007 to catalogue and exhibit his vast archive of stills.

Top: December 1961. Photograph: John Bulmer. This empathetic portrait of union leader George Woodcock’s hirsute head is perfectly cropped and positioned. The subject’s concentration, and the reason for his focus, is revealed in the small questioning headline. Wolsey brings together text, images and design with dramatic effect.