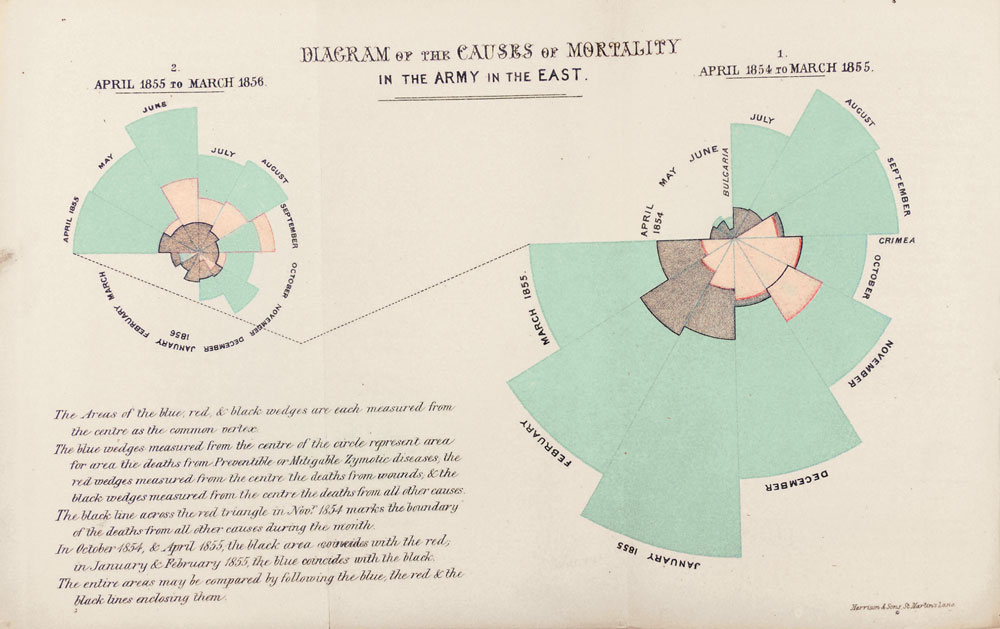 The vision of Florence Nightingale (1820-1910) as ‘The Lady with the Lamp’, doing ward rounds in her Crimean war hospital, is embedded in the British psyche. But her contribution to information design was her use of the polar-area diagram later known as the ‘Nightingale Rose’.

Top: Florence Nightingale’s Diagram of the Causes of Mortality in the Army in the East (1858) may have sensationalised the figures, but her ability to give clear and concise representations of data ensured the success of her cause. Image courtesy of the Florence Nightingale Museum.